Top Ten (Plus One) Islamophobes

The following slideshow is neither exhaustive nor definitive, and it is not meant to sidestep the reality that terrible things have been done in the name of Islam. Anti-Muslim voices, like anti-religious perspectives of all kinds, are not necessarily phobic. And to be sure, a similar list could be assembled with people whose agendas are anti-Christianity, anti-Jewish, and so on.

But as a new report from the Center for American Progress argues, anti-Islam rhetoric in particular has lately become a powerful shaper of American discourse. When Norwegian terrorist Anders Breivik planted a bomb in an Oslo government building, killing eight people, and later killed 68 others (mostly teenagers) at a Labor Party Youth Camp in Norway's Utoya Island, fingers immediately were pointed at a possible Al Qaeda or "jihadist" connection. But in the days that followed, the motivation for Breivik's horrendous terrorist attacks became chilling clear through his 1,500 page manifesto: to fight the "ongoing Islamic Colonization of Europe."

In his manifesto, Breivik made citations to numerous American "experts" and bloggers whom he considered experts on Islam's "war against the west," including prominent anti-Muslim writers and pundits like Robert Spencer (of "Jihad Watch") and Pamela Gellar (who writes the blog Atlas Shrugs)—both of whom are co-founders of the organization "Stop Islamization of America." And thus a disturbing fact became clear: that anti-Islam rhetoric put forth by anti-Muslim activists, or Islamophobes, can have an alarming influence on extremists seeking to do violence.

In its report, "Fear, Inc: The Roots of the Islamophobia Network in America" (pdf), the Center for American Progress defines Islamophobia as "exaggerated fear, hatred, and hostility toward Islam and Muslims that is perpetuated by negative stereotypes resulting in bias, discrimination, marginalization and exclusion of Muslims from . . . social, political, and civic life." And its existence is evidenced in numerous situations—from the hysteria surrounding Park51 in the summer of 2010, to the rise of anti-Sharia laws on the docket in several states, to the continuing battle over the construction of a mosque in Murfreesboro, Tennessee, among other examples.

Islamophobia is a very real phenomenon, which dipped in the years following the tragedy of 9/11 only to increase in the past few years. There are several key individuals whose goal is to put forth an anti-Muslim, fear-filled, and hate-inspired agenda. In this gallery, we profile eleven key Islamophobes who use anti-Muslim, anti-Islam rhetoric to shape public discourse. 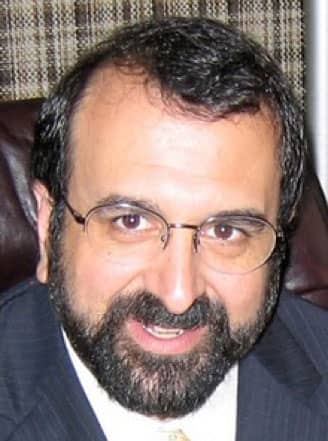 Robert Spencer is the director of Jihad Watch—a blog that claims to raise awareness of global jihadist activities—and the author of numerous books post-9/11, including The Truth about Muhammad: Founder of the World's Most Intolerant Religion, The Complete Infidel's Guide to the Koran, and Stealth Jihad: How Radical Islam is Subverting America without Guns or Bombs. He is one of five key Islamophobes cited in CAP's Islamophobia report.

Spencer, a Melkite Greek Catholic, said his fascination of Islam began in childhood stories of his grandparents' lives in and subsequent forced emigration from present-day Turkey due to their Christian faith. As an undergraduate student, Spencer further studied Quranic interpretation, Islamic tradition, and Islamic law. After the terrorist attacks of 9/11, he wrote his first book, Islam Unveiled.

According to Spencer, "the doctrines of jihad and Islamic supremacism threaten the peace and human rights of all free people. If it is not confronted and resisted, it will prevail." Spencer's critics, Muslim and non-Muslim alike, argue that his rhetoric presents a one-sided view. "Spencer never cites the Koran's condemnation of all warfare as an 'awesome evil', its prohibition of aggression or its insistence that only self-defense justifies armed conflict," said British author Karen Armstrong.