Top Ten (Plus One) Islamophobes 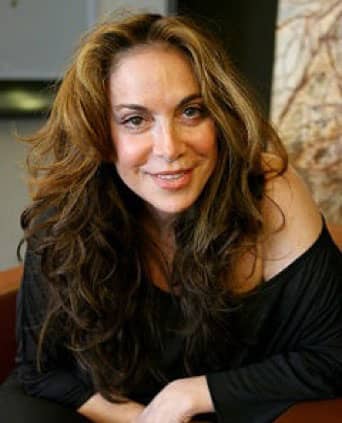 In December of 2009, blogger Pamela Geller—a former business executive turned stay-at-home mom—posted a reaction to a New York Times article about a proposed mosque near the site Ground Zero, vehemently expressing her opposition to the mosque. In subsequent blog posts, Geller coined the phrase, "Ground Zero Mega Mosque," which became the flashpoint phrase, Ground Zero Mosque. Thus her campaign against Islam went viral, leading her to become a conservative media darling and one of the most vocal Islamophobes in the U.S.

In fact, Norway terrorist Anders Behring Breivik praised Geller's blog and cited her writings in his anti-Muslim political manifesto. Geller's reaction was to publish an oft-criticized piece justifying the killings, saying the camp was part of an "anti-Israel indoctrination center," and the victims would have grown up to be Norwegian political leaders responsible for allowing Muslims to take over the country.

In 2010 Geller, who co-founded the "Stop Islamization of America" group with Robert Spencer (and authored a book with the same name), embarked on a relentless campaign against the proposed Park51 Islamic community center and mosque, saying it would be viewed by Muslims around the world as a triumph on "conquered land." Park51 is but one of her targets. Gellar also has advocated for the Dome of the Rock in Jerusalem to be removed and published an article defending genocide war criminal Radovan.

Frank Gaffney is founder of conservative think tank the Center for Security Policy, which released a 177-page report on Islamic law's threat to America. He served as Deputy Assistant Secretary of Defense for Nuclear Forces and Arms Control Policy during the Reagan administration, as well as a short stint as Assistant Secretary of Defense for International Security Policy before his appointment was blocked by the Senate.

Since 9/11, Gaffney has accused many public officials and organizations of terrorist ties. Among his accusations, he has stated that both President Obama's nomination of Elena Kagan to the Supreme Court and banks' accommodations of non-interest financing are parts of a secret ploy to institute Islamic law in the U.S. Gaffney's insistence that sharia is a widespread threat to the United States is stated well in a piece he wrote for The Washington Times: "Most mosques in the United States are actually engaged in—or at least supportive of—a totalitarian, seditious agenda they call Sharia. Its express purpose is undermining and ultimately forcibly replacing the U.

S. government and its founding documents."

When U.S. Army General David Petraeus condemned the burning of Qurans by Pastor Terry Jones of Dove World Outreach Center in Florida, Gaffney accused Petraeus of submitting to sharia law. Regarding the proposed Park51 center ('Ground Zero mosque'), Gaffney said it was, "a durable, symbolic taunt by our enemies about their bloody victory."