Fear was my constant companion for much of this summer. As regular readers know, I quit my job in August and left my home. I'm getting ready for an epic walk from Minnesota to Brazil. What does that feel like? For the month of August it was a mix of total excitement and abject terror.

One source of fear was financial. Sure I had saved some money, but would I go bankrupt? Thankfully I've been receiving mentoring through Location Rebel, which has trained me to work online so I don't need a job. As of this week I have more than enough income to pay the bills, working only three hours a day from my laptop. I never thought it would work so well.

A second source of fear was the general nervousness of leaving my home, my friends, and my job. I could feel that fear in my stomach all the way through my going away party, up until the moment I disappeared into thin air. Sixty seconds later I biked away under cover of darkness, into my new life. I felt the stress and nervousness melt away before I made it one block.

But there's one source of fear I can't shake: death.

I never used to be afraid of death. For a long time I had a strong belief in reincarnation, and that seemed like a good deal. I'm no longer convinced, but at age 30 how often do you really worry you're going to die?

Probably not much unless you decide you're going to travel -- on foot -- across countries like Mexico, Colombia, and Venezuela. In fact, I'll cross through a minimum of sixteen countries on my trip, with threats ranging from drug cartels, gangs, and kidnappers to panthers, malaria, and dengue fever.

It's not a safe plan.

That doesn't deter me; I've known how unsafe it was since I first had the idea ten years ago. It's still my dream, and I'm still going to do it. But as my departure date looms, so does the uncomfortable reality that I might not be alive much longer.

I wish I could say there's a magic bullet. Part of my strategy is to be as prepared as possible. I'm honing my martial arts abilities right now, will be learning fluent Spanish soon, and intend to have as many skills as possible to make friends wherever I go.

More than that, I want to be prepared mentally. If the worst thing happens and I get shot or fall off a cliff, I want to be at peace as I face my end.

With that in mind I've altered my meditation practice. I meditate on a regular (near daily) basis, as everyone should. When I face anything momentous I give extra time to my practice, adding in lengthy sessions to manifest and commune with my deity, Lugh. In the past this practice has led to life-changing revelations and helped me create the Heroic Life itself.

So how do you meditate on your own upcoming death? I start off with a period of normal awareness meditation. Then, with a calm mind, I begin to visualize myself dying. I don't go into detail how it happens, I just picture myself with mortal wounds and covered in blood. Once I've died I set my mind on the image of my lifeless body, and contemplate. I let each thought that arises come and go, observing them.

I've only just begun this practice, but already it's led to two profound revelations:

1) Dying is an emotional experience.

During one meditation session, my injuries reminded me of the broken ankle I sustained two years ago. I recalled how I became more emotional than normal from the endorphins my body released to fight the pain. My first reaction to this memory was to think I'm glad it's over -- but it's not. If I'm wounded seriously enough to die, presumably my body chemistry will be even more extreme than it was from one broken bone. My final moments will be profoundly emotional.

In a way it was comforting to realize this. By anticipating it in advance I can be prepared when it happens. Thanks to meditation and adventure-as-a-spiritual-practice, I'm good at dealing with stress and anxiety. Turbulent emotions are something I can weather through. I can handle that aspect of my death. 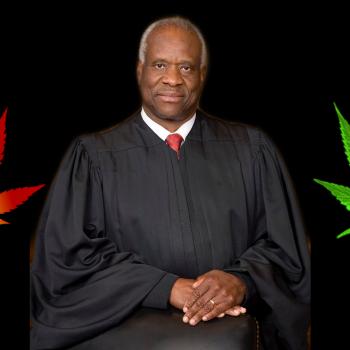 World’s most premature baby beats 0 percent odds of survival: God has given...
Jim Denison
Get Patheos Newsletters
Get the latest from Patheos by signing up for our newsletters. Try our 3 most popular, or select from our huge collection of unique and thought-provoking newsletters.
From time to time you will also receive Special Offers from our partners that help us make this content free for you. You can opt out of these offers at any time.
see our full list of newsletters
Editor's picks See all columnists