We are, as philosophers and anthropologists alike will eagerly remind us, the products of our environments. Yet despite repeated encouragement, we rarely adequately recognize those most responsible for these formative environments, and the profound influence they have exercised upon every aspect of our future lives: our parents.

In A Thousand Years of Good Prayers, the Chinese-American director Wayne Wang highlights that underappreciation. Based on the award-winning short story collection of Yiyun Li, the film is a meditative recounting of a retired Chinese scientist's visit to his daughter's home in the United States, and the gradual reconciliation that results as they come to understand the indelible fingerprints he has left on her life.

When Mr. Shi (Henry O) arrives in Spokane to spend a few weeks with his daughter Yilan (Feihong Yu), the ostensible reason for his arrival could hardly be more mundane: he is mesmerized by the idea of the American West, and he plans to explore this wildly improbable nation for as long as his newly-granted leisure will allow. But the true purpose for his journey is significantly less carefree—concerned and mortified by his daughter's recent divorce, he has made the long trek from Beijing in an attempt to forestall the "rebound relationship" she is contemplating, and to confront her over the abandonment of the traditional values he has tried to instill in her from birth.

At first, Yilan is content to hold her father at an emotional distance, glibly dodging his attempts to uncover the details surrounding her failed marriage. But his gentle persistence and unswerving confidence in the correctness of his beliefs proves too much for her. Unwilling to confront the issues he raises, she eventually resorts to physical avoidance, abandoning him to the unfamiliar solitude of her apartment complex and the friendly-but-disinterested nods of its English-speaking residents.

Setting aside his daughter's distance, Shi quickly acclimates to his unfamiliar surroundings. Despite his broken English and humorously inconvenient fascination with Communism (at one point, he proudly boasts to a pair of young Mormon missionaries that "you remind me of myself in 1948, when I was becoming a young Communist") his kindness and genuine interest in others wins him numerous friends—chief among them, an Iranian matron he knows simply as Madam. Her imperfect English is only a temporary impediment to their friends, for the two displaced retirees share a similar suffering: Madam's son, a wealthy young émigré, has abandoned the traditions of his native land as thoroughly and unshakably as has Yilan. This forges a powerful bond between the two wounded parents, but a series of unforeseen circumstances robs Shi of his greatest ally at his moment of greatest need.

Stirred to action by the discovery that Yalin is carrying on an affair with a married Russian professor, her father decides to confront her once again. In the heat of their ensuing argument, Shi is rendered speechless by his daughter's admission that the dissolution of her marriage was a result of her own infidelity rather than  her husband's discontent. Even worse, she reveals that her long-festering childhood bitterness over a supposed affair of her father's, combined with his absence during the most formative years of her life, served as justification (and even motivation) for many of her actions.

Horrified at these revelations, Shi struggles to comprehend not only how dramatically she has departed from the cultural mores of her parents, but how thoroughly and devastatingly she has misunderstood the last forty years of his life.

Forced now to confront a harsh and self-incriminating reality of his own, Shi realizes that his ability to absolve himself from his daughter's particular accusation does not free him from the underlying charges of neglect, nor from the now-obvious consequences of that neglect. Simply acting in accord with his principles—laudable though they may have been—was not enough for his young daughter; she had needed much more from him. She had needed to understand his actions, not simply to observe them. But his absence had made that understanding impossible.

Deeply wounded, father and daughter must choose between retreating into their own mutually exclusive worlds—tradition for him; freedom for her—or reaching out to one-another in remembrance of the one person that meant more to them than they could ever have meant to themselves: his wife; her mother. 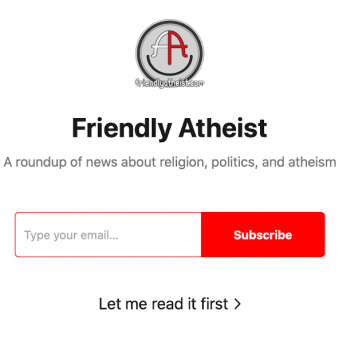 God Is My Co-Parent: The "Everyday Religion" of Mothers in Poverty
Eve Tushnet
4 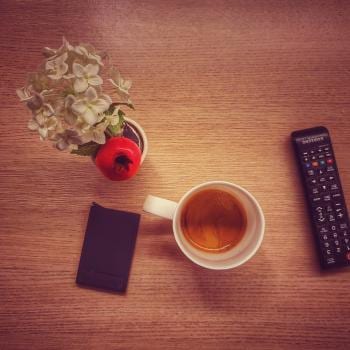 Developing Christian Self-Control
Jim Erwin
Get Patheos Newsletters
Get the latest from Patheos by signing up for our newsletters. Try our 3 most popular, or select from our huge collection of unique and thought-provoking newsletters.
From time to time you will also receive Special Offers from our partners that help us make this content free for you. You can opt out of these offers at any time.
see our full list of newsletters
Editor's picks See all columnists