The Cost of Holding Thought at Risk

Last week, the Supreme Court heard arguments in the case of Hosanna-Tabor Evangelical Lutheran Church and School v. Equal Employment Opportunity Commission(EEOC). This case pits employment law against ecclesiastical hiring practices: the EEOC sued Hosanna-Tabor on behalf of a teacher, Cheryl Perich, whose employment was terminated by the church congregation on religious grounds.

Pundits are lined up predictably on each side of this question. Conservatives emphasize that the employment decision was made about a person filling ministerial duties: Ms. Perich gave religious instruction and led the students in prayer and devotions as well as teaching non-religious subjects. (For full details on the case, see the Merits Briefs for the Petitioner and Respondents at the Supreme Court docket link above.)

Conservatives point out that the congregational decision to terminate took the form of voting to rescind Perich's "call," a vocation defined under the auspices of religion. The congregation was motivated in part by Perich's threat of a lawsuit, which contravened the doctrinal terms under which she had been accepted as having a "call." Hosanna-Tabor takes it as a scriptural principle that Evangelical Lutheran Christians doing God's work together do not threaten to settle disputes by lawsuit in the secular courts.

These factors lead conservatives to see this as an issue of religious freedom. Writers on the left see the case instead as being about employer discrimination against a disabled person. After she was hired as a "called" teacher, Perich began, in 2004, to suffer from narcolepsy. Her narcoleptic episodes affected her ability to supervise a classroom. The school coped with her medical absence for a semester by combining classes, but parents complained about that solution, and a teacher was hired to take over Perich's class for the balance of the school year.

Under threat of losing some or all of her insurance coverage from the church, Perich reported to the school for work, on a day in February 2005, with little warning and no medical clearance. The congregation had already voted to ask that she agree to a "peaceful release from her call," a religious act that would not prejudice future "calls" or other religious employment in the denomination. In these circumstances, when Perich was informed by the school principal that the new hire would finish the school year for her, she brought suit against the church. The congregation then voted to rescind her call.

One need not be a complete cynic to suspect that the Hosanna-Tabor congregation, cash-strapped as many churches are, was motivated in part by the sheer cost of keeping someone on the payroll who had unusual medical expenses and might never be employable as a teacher again. In any case, left-wing pundits see Hosanna-Tabor as an example of an employer dropping an employee because of the cost and inconvenience of her disability.

They frame the issue, therefore, as a question about whether religious institutions should be exempt from the employment laws that govern non-religious employers. And although religious-liberty advocates haven't chosen to engage directly on that basis, there are three facets of the issue worth pondering, when it is framed in this manner.

The first is that employment-discrimination law is handled through civil suits and judgments, as opposed to the prosecutorial legal proceedings the average person has in mind when he thinks of "law." In the case of employment discrimination, the statement that religious institutions should be subject to the same laws as other institutions is really a statement that they should be as susceptible to being sued over ambiguous situations.

No one would dispute that churches should have to obey black-letter ordinances and criminal laws. In those cases, however, criminal intent is merely an element of the crime, whereas in employment discrimination, the nature of the intention is the "crime" (or source of injury). It is not possible to embezzle or engage in criminal conspiracy for a valid reason, but employees can be dismissed for valid reasons, and applicants can be rejected. Establishing discrimination is not about the material action, but—inherently—about the thought behind it. 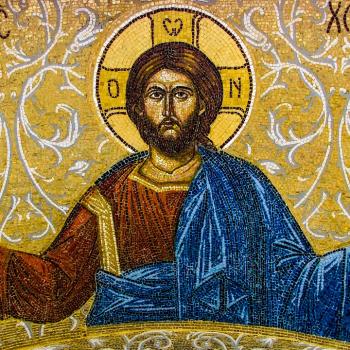 Bad atheist arguments: “Atheists have no use for faith”
Bob Seidensticker
Get Patheos Newsletters
Get the latest from Patheos by signing up for our newsletters. Try our 3 most popular, or select from our huge collection of unique and thought-provoking newsletters.
From time to time you will also receive Special Offers from our partners that help us make this content free for you. You can opt out of these offers at any time.
see our full list of newsletters