Do I consider it possible, or probable, that some Christians came to believe that if we could just get the political process right, we could somehow save the country? I do. That's why I write in the book that, as important as politics is, culture is preeminent. Not politics. The government is not the church—and the church is not the government. Conflate or confuse them at your own peril.

You had your own experience of sin and grace when a reporter discovered that some words in unpaid pieces you wrote for a newspaper had been taken from other sources. You describe this in your book without flinching. What happened? How does someone in the White House, especially someone as savvy as yourself, start down that road? And how did the President respond when this came to his attention?

I'm pleased to be asked about this. Proverbs is correct: Pride goes before the fall. But in the words of T. S. Eliot, "humility is endless."

In my time in the White House, I was becoming a very prideful person. This pride and vanity extended to plagiarizing columns for my hometown newspaper. I was not writing about politics, but about many other things that interested me. Pride takes many forms, and one of them is always wanting to be the brightest guy, the one with something interesting to say. I began plagiarizing these columns. I knew what I was doing, and I knew it was wrong.

One morning I came to work at the White House and when I opened my email I found a reporter asking whether this was true that I had plagiarized these columns. I literally fell to the side of my desk. I prayed, "Oh God, oh God." I knew right away that the world as I had known it was over on that day. I felt, as I say in The Man in the Middle, that my world was collapsing. By return email, I told the reporter that it was entirely true, and I was guilty as charged. I had no one to blame but myself.

There are, in this world, two kinds of crises. One is where it's beyond your control, and another is where you're directly responsible. I was directly responsible, without excuse. I inflicted, as a result of my own sin, shame and embarrassment on the President, and on my colleagues and mentors. I had violated everything I believed in, and was a hypocrite to my wife and children and family. Categorically. So I resigned from the White House that day. That was on a Friday.

On a Monday, I came back to the White House to begin clearing out my desk and taking the pictures off the walls. I received a call from Josh Bolton, who had become a friend from the first Bush campaign when we met in Austin, Texas. Josh was now the Chief of Staff, and he said he wanted to see me. I presumed that would be the proverbial "woodshed" moment, which I thoroughly deserved.

The first thing he asked me was, "How are your wife and boys doing?" Then he extended to me his forgiveness. I was genuinely shocked and deeply moved by this. We spent a considerable amount of time together, and before I departed his office he said, "By the way, the boss wants to see you."

So surely this, I thought, would be the woodshed moment, and again I completely deserved it. I expected other people to be there, but when I got to the Oval Office the only other person there was the executive assistant. I thought I must have come on the wrong day—but the President called me in. I thought: This is going to be really bad. I went in and closed the door.

I turned to him to apologize, but barely got the words out before he looked me in the eyes and said, "Tim, I forgive you." To say I was stunned would be an understatement. I tried again to apologize, but he wouldn't let me. He said, "Tim, I've known grace and mercy in my life. I'm extending it to you. You're forgiven."

I said, "You should have thrown me into Pennsylvania Avenue." Again he said, "My friend, you're forgiven. We can talk about all of this, or we can talk about the last eight years."

I turned to sit on the couch in the Oval Office, but he directed me to the seat of honor beneath the portrait of Washington, where Heads of State sit. I sat there, and he and I had a conversation about two remarkable presidential campaigns, and what was at that point about seven-and-a-half years in the White House. I was by then one of the longest serving aides to the President. We embraced, and I thought this was the last time I would see George W. Bush. As I turned to head out, though, he said, "I want you to bring your wife and boys here, so I can tell them what a great job you've done."

I was stunned and speechless. The leader of the free world, the most powerful man on earth, wanted to affirm me before my wife and children. Sure enough, my wife and boys came, the President gave them a great amount of time in the Oval Office and gave them gifts. We were invited back to the White House as a family on subsequent occasions. We were there at Andrews Air Force Base for his departure.

I've seen the President a number of times in Texas and he's never mentioned it again. So, in my mind, George W. Bush is and was grace personified.

So to go back to your earlier question about compassion: I was the wounded man on the side of the highway. I was totally and completely guilty and undeserving of the President's forgiveness, and yet he gave it to me without reservation. He extended grace to me at the lowest point in my life. 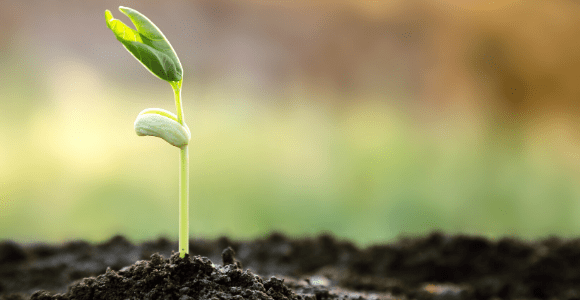 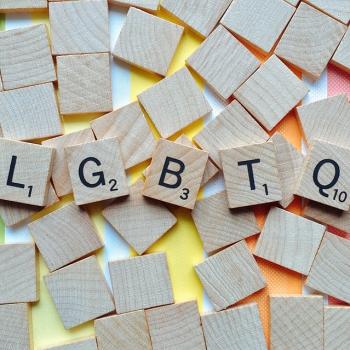 Not LGBTQ+ Affirming? Let Me Nudge You In The Right Direction
Matthew Distefano