A History of Man and His Food

According to Kabbalah, this world was created in equilibrium. Initially, the human being was clear on his soul-identity, yet possessed the free will capacity to choose against that. So much did the first human being identify with his soul-side that before the sin in the Garden of Eden he was naked, indicating his conscious awareness that his body wasn't him, but something outside of his essential self which was to act as a vehicle for, and as an enclothing of, his essential self. Nevertheless, for reasons we will now expound upon, Adam sinned by eating from the Tree of Knowledge of Good and Evil.

The concept of "knowledge" in Judaism really refers to an intimate experiential connection and oneness of two things that were previously separate. That is, just as the Torah relates that "Adam knew his wife Eve and they bore a son" in reference to an intimate experiential coming together of two into one, so too, for the individual eating from the Tree of Knowledge of Good and Evil, the two entities—Good and Evil—are brought together as one, thereby blurring the distinction between the two.

This means that before eating from the Tree of Knowledge, Adam and Eve were clear on what is Good and what is Evil—it was black and white. However, when they ate from the Tree of Knowledge, they created a gray area for themselves, and now they can err in calling Good "evil" and Evil "good." Now they can mistake the body for their essential selves and the soul for something outside of their essential selves, as if the soul is a possession that they merely "have." From this point on, the world's equilibrium and clarity is lost, and it is that clarity (and more) that we are working toward restoring.

(For this reason, the numerical values of the Hebrew word for Snake, Nachash, and the Hebrew word for Messiah, Moshiach, are the same, since it is the Moshiach that will bring about the ultimate rectification of the sin that was initiated by the Snake in the Garden of Eden.)

When this restoration is achieved, not only will we be back at the pre-sin level of the Garden of Eden, but since it will have been through our difficult choices and struggles that we got there, our relationship with God will be all the greater for it. After all, the level of any relationship is only as great as the effort that has been put into it. As portrayed in any love song, poem, or story over the ages, the effort one is willing to make for the survival and thriving of the relationship is the measuring stick by which the relationship's level is tallied (i.e., "I'll swim the deepest ocean for you," "I'll climb the highest mountain for your love," "I'd die for you," etc.).

According to some rabbinical opinions, this is why Adam chose to sin in the first place. His plan was to initiate a gray-area of struggle and confusion in humanity's relationship with God for the purpose of ultimately coming back to God under unclear and difficult circumstances, thereby achieving a higher relationship with God by way of his efforts and struggles than had he come to God from his initial headspace of equilibrium.

Clarifying the Blur
No matter the righteousness of his motivations or the high level of relationship with God that will ensue when we finally do completely return to God, we look back on Adam's choice to eat from the Tree of Knowledge as a sin motivated by the temptation to be "more religious than God." And just as it was through this initial sin involving eating that the concepts of Good and Evil were brought together in a cloudy gray area, the process of our eating now serves as the staple and physical example of our spiritual task to clarify that which we have made cloudy in the world.

Therefore, at every stage of the development, consumption, and digestion of bread—the staple of our food and sustenance—there is a breakdown taking place for the purpose of clarifying and incorporating that which is useful and beneficial from that which is wasteful and detrimental.

Plowing the Ground
Planting a "complete" wheat kernel, which decays in the ground before sprouting into produce. This produce is cut and must be further taken apart by separating the wheat from the straw, chaff, and husk in order to become proper wheat. The wheat must then undergo further breakdown through grinding into flour, and then mincing into dough. The dough is then split into pieces and shaped before being baked in the oven to finally result in bread fit for human consumption. But, here too, the food must be further broken down in order for the human being to practically complete the consumption process: the bread is broken down by the teeth as a person chews it. Then, the body does the ultimate clarification when it digests the food and makes use of that which is beneficial for it and turns the rest into waste. 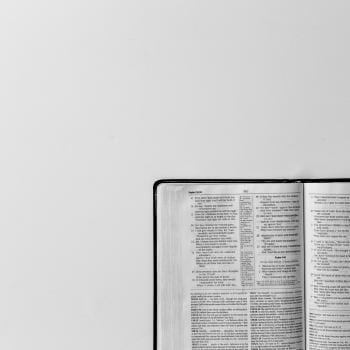 What is Centering Prayer?
Carl McColman
Get Patheos Newsletters
Get the latest from Patheos by signing up for our newsletters. Try our 3 most popular, or select from our huge collection of unique and thought-provoking newsletters.
From time to time you will also receive Special Offers from our partners that help us make this content free for you. You can opt out of these offers at any time.
see our full list of newsletters
Editor's picks See all columnists