Certainly, some people whose gender or sexual orientation is queer argue that they want to have a devotion to deities that are "like them" and who would therefore understand the loves and lives that they have. While I think that's a valid argument, I don't know too many people who seem to be praying to deities who are, for example, middle-class educated computer programming deities these days, or being too concerned that their deities reflect any of those characteristics which may be more apparent and important in daily life than their sexual orientations. Sexual orientation, it seems, has become a much more prominent theological issue today because it is a much more prominent social issue. Realizing this does not deflate the importance of the matter, nor erase the very valid concerns connected to it; but likewise, I think that we should accept that this is a mostly modern matter, and one that arises out of our own situation, and not some particular necessity or essential nature that exists between humans and deities.

But, having said all of this, who are some of the "gay gods"? Did my opening number appear to promise a few "coming out" stories here? Let me choose two amongst a variety of enticing possibilities.

The first is one to whom I am very heavily and openly devoted: Antinous, and he is one whom many have been saying in the modern world is a "gay god" and is exclusively so. It is true that Antinous is the deified lover of the Roman Emperor Hadrian, and had their erotic relationship not existed, his deification would not have occurred. But the reason for that is not, contrary to many opinions even amongst those who should know better, simply because Hadrian had him deified and spread his cultus, but instead because Egyptian culture of the time assumed apotheosis for anyone who drowned in the Nile, and Antinous wouldn't have been on the Nile at all had he not been Hadrian's lover and traveling companion. We have a good bit of evidence to show that there were males with homoerotic relationships living in the holy city of Antinoöpolis that were devoted to Antinous. But, the only "love spell" recovered from the ancient world that invokes Antinous (as a daimon rather than as a god or a hero, no less!) does so in order to bring about a woman's lust for and obsession with the man who had commissioned the spell. And, a text from the 280s CE from Egypt shows that at least one person or group of people saw Antinous' deification as the result of an Endymion-like love on the part of the goddess Selene for Antinous, who then took him for her bridegroom and placed him among the stars. To say that Antinous was a "gay god," therefore, in terms of "gay" meaning "exclusive homoeroticism," is problematic based on ancient evidence, and to suggest that he's a deity who only has appeal for or interest in gay males is also equally erroneous, both for the ancient world and for today.

But, the real "breaking news" in this "coming out" edition of "Queer I Stand" involves another deity, and one that many people are familiar with, and who most would never have imagined could have been at all inclined toward homoeroticism. The text which reveals this matter is from the Greek Magical Papyri, specifically PDM xiv.1026-1045, at lines 1029-1032:

Yes, you read that correctly: the Hebrew god is here being made analogous to she-cats, she-wolves, and bitches longing for their mates in terms of that god's longing for Moses! As Kurt Cobain once said, "God is gay."

While this historiola (a short narrative allusion given for the context of a spell's effectiveness) is nowhere else attested at present, and may simply be an idiosyncratic rendering by the Demotic spell-writer in this case, this remains an intriguing text for a variety of reasons, not only because of its syncretism, but also because of its queerness, and its queering of the Hebrew god. Gay theologians within Christianity have been trying to "queer Jesus" for a long time, but no one has ever attempted it with Jesus' father; if there is a genetic component to queerness, then I suppose we know where this may have come from in the case of the rabbi from Nazareth. For us as polytheists, of course, we need not accept all of the theological premises upon which Christians make their arguments about their god; likewise, we are also completely free, like the Graeco-Egyptian magician who composed this text, to accept the validity of this myth and theological construction for ourselves, if we find it useful to our purposes.

So, my advice in the ever-moving field of theology and social issues is to consider "queering" the concept of "queer divinity" altogether, and it will often take one to interesting places, both in ancient texts and in modern practices. Indeed, the gods themselves are about as queer as can be (in the widest possible, non-sexual/gender-based meanings of the term, as well as within those specific gender and sexual usages), and leaving as many of our preconceived notions about them behind as possible is often the most useful manner of approaching them in a way that can most encompass their vast and variegated presences.

Garabandal: The forgotten prophecy – “The Night of the Screams” | God’s Final...
Stephen Ryan
2 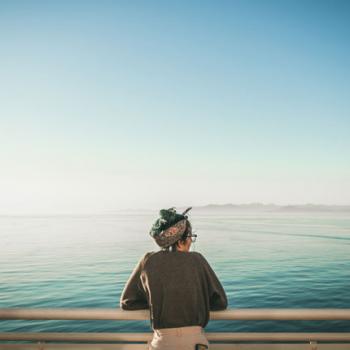 Do You Live as If the Next World Is Your Home?
Randy Alcorn
3

Misogyny and the Bible: Does the NT teach that women must be silent in the...
Rob Dalrymple
4 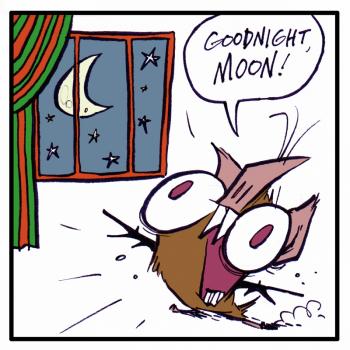 Goodnight, Blinky
J. Burrello
Get Patheos Newsletters
Get the latest from Patheos by signing up for our newsletters. Try our 3 most popular, or select from our huge collection of unique and thought-provoking newsletters.
From time to time you will also receive Special Offers from our partners that help us make this content free for you. You can opt out of these offers at any time.
see our full list of newsletters
Editor's picks See all columnists