October 10, 2011 by Tim Muldoon
"Like" the Patheos Catholic Page on Facebook to receive today's best commentary on Catholic issues. 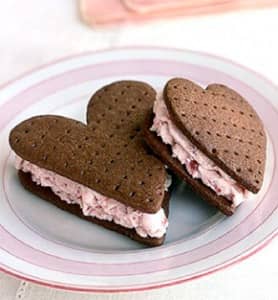 Madison Avenue is playing us all. There is a science of priming the customer, moving our desires toward whatever products needs to be sold. You thought you really wanted those lovely ripe bananas you just bought? You are just one of millions who will respond to Pantone color 12-0752 ("Buttercup") because it just seems to strike you as looking perfectly fresh. And what is true of bananas is true of about a thousand other products out there: we want them, but can't exactly explain why. They just seem right.

Ours is a media-saturated world in which our desires are constantly being manipulated. It is no surprise, then, that so much advertising relies on sex, because there is no other element of human experience that can arouse such powerful desire. We know this from experience, but neuroscience is shedding even more light on the mechanisms of this manipulation. The high from getting turned on can be more addictive than cocaine, and when coupled with a product, that feeling can be turned toward the product itself.

But here's the problem. The normal release of brain chemicals associated with attraction and love move couples to think of each other, and eventually to bond and mate. The drive toward sex is the echo of our distant evolutionary past, but even as such it involves the bonding chemicals vasopressin and oxytocin (the "cuddle drug"). The takeaway here is that our brains can't be satisfied with products instead of people, because products simply can't provoke the same kind of constant response over time that people can. The constant ramping-up of sex drive is leading many to addiction (especially men), unable to exit the cul-de-sac of sex in order to engage in a real relationship with a person. And it's becoming epidemic.

Psychologists are therefore recovering a modern equivalent of an ancient practice: spiritual exercises, traditionally knows as asceticism (from the Greek for "athlete"). Some advocate, for example, fasting from computers for a while, to use one example. Those who would manipulate our desire know that most people are malleable and will take suggestions ("don't you want some of THIS??"). What spiritual exercises aim to accomplish, then, is a toughening of the will so that one has a stronger ability to veto unhealthy desires. Just as the athlete becomes more capable of eating well and avoiding junk food, so does the spiritual athlete learn to reject false desire.

The basic insight that both ancient Greek philosophers and early Christian monks came to understand is that a human being's interaction with the world is through the lens of the mind. Interestingly, what is driving contemporary therapy is an analogous insight: sex happens primarily in the brain, not the organs. Reclaim the brain, goes the wisdom, and you reclaim freedom. You lose your addiction to the internet or porn or food or whatever. Philosophers and monks, athletes of the soul, lived on the extremes of what was necessary for a life. They trained their minds to live on the very least possible: the least food, the least entertainment, the least interaction with other people. (My favorite are the stylites who lived for many years atop a pillar.)

In this age of fascination with what is sustainable, it is interesting to consider that these philosophers and monks found happiness without consumption. The default American lens of desire is "more!" The default monastic lens is "less." And what is remarkable is that these spiritual athletes seem to have discovered that one can be free, and therefore happy, with less.