Famine and Feast: Bono, ONE, and the Kingdom of God

U2 seems to exemplify the understanding of the kingdom teachings called "inaugurated eschatology," which is that we are called to work toward the coming of God's reign by doing the things that Jesus began doing when Jesus inaugurated the kingdom of heaven: feeding the hungry, healing the sick, working for peace, preaching a transcendent God who alone is worthy of worship. In the sermon collection Get Up Off Your Knees, Steve Stockman preached that the kingdom "has been at the forefront of U2's music and work. . . . And they are not prepared to wait until God puts it all right in heaven. . . . Bono has been crusading across the globe in an attempt to make this kingdom in which he believes so passionately more and more of a reality."

If we believe in the kingdom come, as U2 sings in "I Still Haven't Found What I'm Looking For," we are called to action, working in concert with God. "When you decide to be a citizen of the heavenly kingdom," Rowan Williams writes in Tokens of Trust, "what you do and say will become a foretaste of God's kingdom, a sign of what is coming. Your life will give a foretaste of God's rule," and your task will include inviting others to join you in resisting the rule of all those powers working against or undercutting God's desire for peace and justice in the world, all the powers that "seek to keep people in slavery." (Or in the most succinct formulation of this I have found in Williams, from On Christian Theology: "We are to act in such a way that the nature of God becomes visible.")

The kingdom teachings are at the heart of Jesus' ethical and spiritual demands on all who follow him, and this insistence on action is reinforced by stories and actions in the Gospels that are not part of the kingdom teachings. In the Gospel of Luke, for example, we find a story that is found nowhere else in the Bible, the parable of the Good Samaritan. In this story, Jesus expands our conception of who we are supposed to care about by telling a story about a Jew who is left for dead by other Jews but rescued by his people's ancient enemy, a man from Samaria. The parable of the Good Samaritan fits alongside the ethical kingdom teachings in demanding that we help others—and not just those who look like us or believe like us. Our neighbors are any people who require our help, since, they are all, as Martin Luther King Jr. preached in Strength to Love, "fellow human beings made from the same basic stuff as we, molded in the same divine image. . . . The good neighbor looks beyond the external accidents and discerns those inner qualities that make all men human and, therefore, brothers."

When the band played "One" on the "Vertigo" tour as recorded in Chicago in 2005, the song's long-standing message that we get to carry one another had expanded well beyond a couple in relationship, or even beyond sufferers of AIDS.

As the band played, Bono talked about the ONE campaign, the project "to make poverty history," and spoke about how it was not okay for a child to die because she or he had nothing to eat—even if that child was on the other side of the world. We are all one, the band was saying; the whole world is our neighbor. "People want to be a part of that," Bono said in U2 by U2, remembering the tour, "and they feel they are a part of that, part of the generation that can actually turn the supertanker of indifference around."

Next week, we'll talk with Adam Phillips, faith relations manager for ONE. Until then, may we be thankful for what God has given us—and aware of those many who lack the simplest things we take for granted. 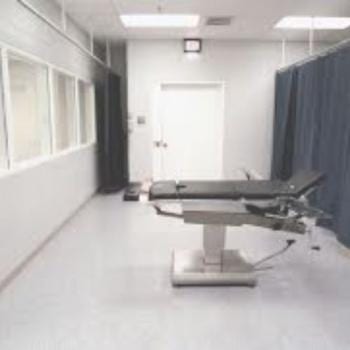 Tony Perkins: Are Christians Trying to "Take Over the World"? "Yeah, We Are!"
Hemant Mehta
4 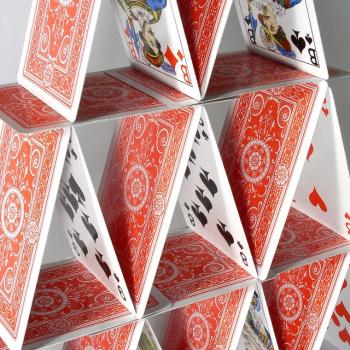 Pearce’s Potshots #18: Doubting Thomas & Evidence
Dave Armstrong
Get Patheos Newsletters
Get the latest from Patheos by signing up for our newsletters. Try our 3 most popular, or select from our huge collection of unique and thought-provoking newsletters.
From time to time you will also receive Special Offers from our partners that help us make this content free for you. You can opt out of these offers at any time.
see our full list of newsletters
Editor's picks See all columnists