Famine and Feast: An Interview with ONE's Adam Phillips

But it's an added piece of advocacy, using your voice, as the Proverbs say in Chapter 31, for the least of these, for the most vulnerable people. Charity is very important, helping where we can out of our own wallets, giving to our mission boards or development agencies is very important, but also speaking to Congress on the federal budget. Each of us has a role to play.

We should be about fighting famine and investing in long term solutions like "Feed the Future," which is an initiative from USAID because it reflects the values of the American people. Even in the most challenging economic times, we have always helped our neighbors. After World War Two, we helped rebuild our most vulnerable neighbors. [And our former enemies, as well. GG] It's also a matter of national security. It's much more economical to send folks the things they need in crisis, and also to help them learn to help themselves, than to get into other security measures.

There are millions of other people in this part of the world who are not at risk. Because they've had help along the way, they're actually harvesting crops from their own farms. This is an inspiration. It isn't throwing money down a rat-hole. We have living proof that this is working. As Bishop Tutu says, when we have members of our human family at need, we've got to do all we can, and that definitely includes using our voice.

Adam, you've mentioned Proverbs twice, you've referenced Matthew 25 and Jesus' reference to the least of these, and of course we have in Islam the pillar of faith that is setting aside funds for those who are in need. All of these are vital faith connections to the work of hunger relief. Can you talk a bit about what you do as faith liaison for ONE, especially the things you're involved in with this anti-famine initiative?

What I do is lead our grass-roots mobilization, working with local churches, local synagogues and mosques, campus ministry groups, to rally together with all those in all walks of life to give voice to those whose voices aren't necessarily being heard in D.C. We've been able to pull people together from many denominations and many faith traditions. What's great about the ONE campaign is that we've got ONE members who helped me put together the action kit for ONE Sabbath, and we've got evangelical Presbyterians, we've got progressive Episcopalians. It's pretty cool how we could put aside our theological differences, our differences in interpreting missions or evangelism, and really come together around this very important matter.

One of the things that ONE has always had going for it is the awareness of Bono and Bono's philanthropy to help draw attention to ONE's initiatives. What are some of the ways that Bono is helping to get people's attention about famine in Africa?

Well, there's the video, "Famine Is the Real Obscenity." You kind of expect a rock star like Bono to use the F word—in fact, he's gotten in trouble for that here in this country, right? We've got rock stars, we've got actors, all joining in to draw attention. But Bono has always been able to pull together the unusual suspects, on this drive and on others.

If you could leave people with a couple of things to think about, what would you want them to remember about the famine in Africa?

Well, we would want to remind people that the faith community has been such an important voice on these issues in the past, and not only our country, but the whole world is watching and waiting for people with a strong moral voice to get involved. These are tough economic times, so the Church's voice is crucial to preserve funding for our most vulnerable sisters and brothers, especially in the Horn of Africa.

Another thing they could do is get involved with us at one.org, sign up for the One Sabbath at one.org/faith. We've got all these resources for your church or small group to use, everything from sermon starters and prayers to an action kit to write letters to your congressmen and senators.

Finally, we'd just ask people to spread the word. Spread the word in your normal table conversations, wherever you gather, but also on Facebook and Twitter and get your larger community involved. Each of us has a role to play in this fight for the world's poorest people. It's not whether we can make a difference in this famine, but how can we make a difference if we work together. 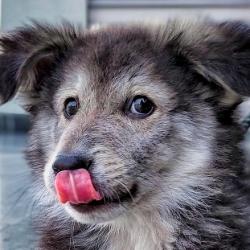 The Peripatetic Preacher. The Big Lie Lives
John C Holbert
Get Patheos Newsletters
Get the latest from Patheos by signing up for our newsletters. Try our 3 most popular, or select from our huge collection of unique and thought-provoking newsletters.
From time to time you will also receive Special Offers from our partners that help us make this content free for you. You can opt out of these offers at any time.
see our full list of newsletters