November 11, 2011 by Joseph Susanka
"Like" the Patheos Catholic Page on Facebook to receive today's best commentary on Catholic issues. 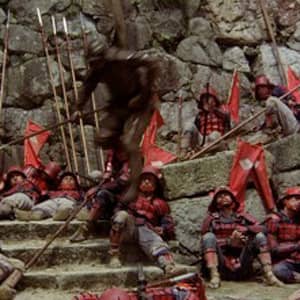 "Above all," the self-help gurus say, "you must be comfortable in your own skin."

We all know what the confident folk look like; they're the ones that draw your attention the moment they walk into a room; the self-assured, dynamic ones—the people that make me just a teensy, weensy bit envious; they have achieved a balance between their "inner" and "outer" selves that I have long desired, but which has eluded me all my life.

After a decade of marriage and with six kids under my belt, I feel exactly the same now as I did in my teenage years, and the public persona I have cultivated with some assiduousness—one based on the confidence and self-assurance I so appreciate in others—feels as unrealized today as it did then. The gap between my projected self reality is disconcertingly large, making my life a strangely inverted "Dorian Gray," where external appearance far outstrips internal maturity.

My skin isn't comfy; it's ill-fitting.

I suspect it is this insecurity that lies at the heart of my fascination with Kagemusa, the greatest of legendary Akira Kurosawa's many masterpieces. Taking its title from the term "Shadow-Warriors"—impersonators used on the battlefields of Medieval Japan as a means of guaranteeing their leaders' safety—the film tells of a thief whose impending crucifixion is averted, thanks to his uncanny resemblance to the powerful warlord Shingen. Elated by his unexpected reprieve, the thief embraces the conditions of his new-found freedom: assuming the guise of his new master in the deadliest of circumstances. But when Shingen unexpectedly falls at the hands of an enemy marksman, the thief finds confronts his greatest challenge: stealing, so to speak, Shingen's essence—becoming another so completely than even Shingen's closest friends will not recognize the difference. The deception is necessary if the kingdom and its subjects are to survive.

Guided by a tiny group of advisors, the newly minted ruler weaves his way through a minefield of family, friends, and subjects, absorbing the traits of the powerful, complex man he is impersonating along the way. But his confidence grows too rapidly, and a disastrous attempt to ride Shingen's war stallion reveals the imposter to the entire court. Banished from the kingdom by the very noblemen whose lives his deception had preserved, the thief lingers nearby in the hope that his services will once again prove valuable.

Unfairly dismissed as "a dress rehearsal for Ran (by no less an authority than the director himself) Kagemusha is a cinematic marvel of color and spectacle—its astonishing beauty would be reason enough to recommend it. It features some of the most stunning images and action sequences I have ever seen.

Kurosawa is never satisfied with sheer spectacle, however, and it is the themes of absolute power and its destructiveness—the greed that drives others to reach for that power, and the devastating effect that toiling in the shadows of greatness can have upon lesser men—are the heart of Kurosawa's vision.

The private battle of the shadow-warrior, as he works to align the external persona of Shingen with his own interior being, resonates hugely within me, and my discomfited skin; we are all shadow-warriors—all engaged in that endless struggle to make our "inside" selves more like our "outsides."

But why do we struggle thus? Who is it that we are trying to please? Self-improvement is a good thing, and we could all do with a bit more of it. Too often, though, we find ourselves obsessing over how we are perceived, working overtime for the approbation of people who don't know us well, yet whose approval we paradoxically value above all else.

Perhaps an inability to find comfort in one's own skin is not caused exclusively by inner imperfection and immaturity. Perhaps it is at least partially the result of striving after the wrong exterior altogether.

In "By Love Refined," Alice von Hildebrand speaks of a "Tabor vision," when one is given the ability to see one's spouse as God sees them—viewing the other with a clarity and love that He alone can share rather than with the clouded (and often hurtful) eyes of humanity. This vision is not an opportunity to see our spouses in an idealized or unrealistic light. Instead, it is a chance to see them "as they really are;" as they appear to the only One who really matters.

Perhaps something similar could serve us individually in our struggle to see ourselves not as we wish to be seen by others, but as God sees us. One fleeting moment of such understanding would make us strive to bring ourselves into conformity with that vision, rather than with the ill-fitting hallucinations and expectations of the world.

Only then can we be truly comfortable in our own skin; shadow-warriors. no more.