Too Many Translation Tensions?

November 02, 2011 by Kathy Schiffer
"Like" the Patheos Catholic Page on Facebook to receive today's best commentary on Catholic issues. 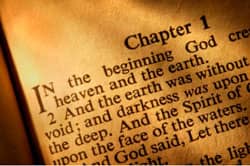 I attended a workshop recently led by a Benedictine priest, a great writer and speaker. His message was good, and there was much to take away. Just one thing bothered me: He complained loudly about the Church.

Let me put it in context. He's a priest. That is, he is ordained, consecrated to the service of Holy Mother Church and dedicated to the people of God. But rather than helping to build the Body of Christ, he tears it down by criticizing and belittling and griping about something so small as a pronoun. You see, he doesn't like the idea of a "new translation" (sigh). "Here's an example," he says, "of what we have to look forward to. Instead of saying 'We believe' in the Creed, as we do now, we'll have to say 'I believe.'"

"That's it?" I wondered. "That's the issue that's so important that you need to cast a pall over this gathering, undercut your own message, and show us that Pride is victorious over Obedience?"

Actually, being as old as the hills, I remember having to change when it went the other way --when, shortly after Mass was offered in the vernacular, it was decided that we should all in unison express our shared faith by saying "We." It was hard to remember for a while, but more than that, it absolved us in a way from the need to take personal responsibility for our faith—to stand alone and aver, "I BELIEVE."

But who am I to criticize? I am a Catholic, and my Church says it will be so, and so it will be. We are a family, and like my own little earthly family, we are stronger when we sing with one voice. Heaven knows, we have so many enemies from without—why can't we all get along here on the inside? I'm not saying that we should tolerate sin; but criminy! Don't sweat the small stuff! All the whining about the bishops and the USCCB and the translation and the kneelers/no kneelers/communion on the tongue/not on the tongue/Latin vs. English—get over it! Whatever you prefer, this is what we're doing now, so let's join together in praise and thanksgiving before the God Who made us, and Who gave us this Church to aid in our sanctification.

That, dear Father, is what I was thinking about today.