Advent: Here Am I

But the call itself is never enough, as you probably know.

Like Mary, you have to agree, have to turn your life in the direction of your call, before anything can happen.

And it is entirely possible, even though it might not be wise, to say no.

I know, because there have been times when I have done it. What I was being asked to do seemed impossible, or unpleasant. It asked things of me I didn't think I was capable of giving—or wasn't willing to believe in.

The Gospel of Luke begins in the Temple, with an aged priest who is also visited by the angel Gabriel, who predicts that he and his barren wife will have a son, who we will know as John the Baptizer. It's a familiar story, and Luke intended for it to be, evoking the birth of Isaac to Abraham and Sarah, the births of Samson and of Samuel, the joy of all the barren women who were given miraculous children in the Hebrew scriptures.

But even though we find ourselves on familiar ground, Zechariah has a familiar reaction: "I don't believe you," he tells Gabriel. "Prove it."

Zechariah's lack of faith has consequences; as you may remember, Gabriel takes away his power of speech, and says he will not speak again until he sees the birth of his son—the proof he required.

Mary's reaction to Gabriel's news is different, even though her miracle is the one requiring the greater faith.

Mary doesn't say, "I don't believe you. Prove it."

She simply asks, "How shall this be?"

Saint Ambrose, the 4th-century bishop of Milan, explained it in this way: Mary "did not deny the faith, she did not refuse the duty, but she conformed her will, she promised obedience. For truly, when she said 'How shall this be?' she did not doubt concerning the outcome but sought the nature of it."

In other words, Mary's response is not "This is impossible," but "Okay. How will this happen?" and we notice that Gabriel honors her faithful response by explaining things to her—as much as this holy mystery can be explained, anyway.

"Nothing is impossible for God," Gabriel says, and we understand, philosophically, that this is true.

But when Gabriel comes to Mary with the announcement of God's intentions, will Mary agree to this new thing, to God's movement in the world, to the birth of God's son?

Now—at this moment—the universe vibrates with suspense, for everything depends on Mary. Gabriel has revealed as much to her as she can understand, and now her answer: Will she, the poor teenager from the backwater of the Roman Empire, believe in this possibility? Will she bear this miraculous child? Will she bring the Son of God into the world?

Well, I won't tell you how badly I would have failed this test. But Luke records Mary's response: "Here I am." (The Greek here is actually an interjection: Sure! Absolutely! It's a strong and forceful affirmative.) "I am the slave of my Lord. Let everything happen to me as you have told me."

These are words that change the world. Later in the first chapter of Luke, Mary sings a song we now call the Magnificat, which we Episcopalians repeat in Morning and Evening Prayer, a hymn about God's topsy-turvy action in the world:

My soul magnifies the Lord,
and my spirit rejoices in God my Savior,
for he has looked with favor on the lowliness of his servant.
Surely, from now on all generations will call me blessed; . . .
He has brought down the powerful from their thrones,
and lifted up the lowly;
he has filled the hungry with good things,
and sent the rich away empty. (Luke 1:46-48, 52-52, NRSV)

Mary knew better that any of us that the marvelous birth of Jesus would come with attendant challenges, hardships, and confusions. But in her willingness that Jesus should come, in her willingness to offering herself to carry the Word, Mary reminds us again that Advent is a time of excitement and blessing, a time when, again, the world can be turned upside down.

Once again, we wait for the blessed birth. Once again, we consider all that the coming of Jesus will offer us—and require from us.

But Mary, that frightened teenager who became Mary, the Mother of God, can teach us, if we are willing. This advent, may we also have the strength and the courage to say words that will turn the world upside down:

Here am I, the servant of the Lord. 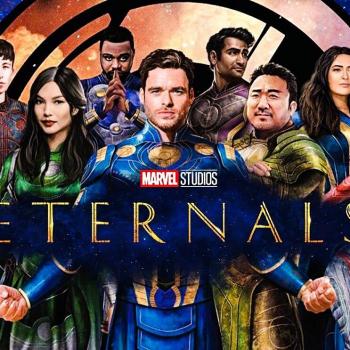