The Advent of Our Attentiveness

December 01, 2011 by Pat Gohn
"Like" the Patheos Catholic Page on Facebook to receive today's best commentary on Catholic issues. 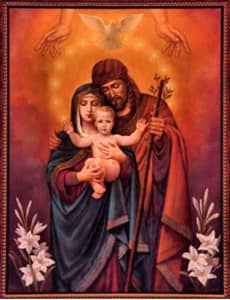 Last Sunday was the First Sunday of Advent, and coincidentally, the first Sunday instituting the new English translation of the Roman Missal. The liturgical calendar calls us forward with a new Church year. So, it was a highly appropriate occasion to introduce the new translation.

As Mass began, the opening greeting debuted, and we paused to get used to the reply, "and with your spirit . . ."

The anticipation was finally over. We were now engaging and praying the new text. Having come through the Penitential Act without duress, I settled down to hear the Liturgy of the Word, when I noticed Mark's Gospel speaking on more than one level—perhaps you did too.

Besides preparing our hearts for the Second Coming of the Lord, and the holy season of Advent, the Gospel of Mark also initiated a mindset appropriate for welcoming this new translation: Be watchful! Be alert! (Mk. 13:33ff)

Though the readings of the day were intended to speak to us of the Advent of the Christ, they also helped to usher the advent of this new liturgical text.

Many of us knew this change was coming. Whether through personal study or communal catechesis, the new Roman Missal was something we anticipated, but had not yet engaged. Those who might have been oblivious to this news had an opportunity to watch, and indeed, catch up rather quickly as we all experienced the new translation during last weekend's historical launch in English-speaking churches around the world.

This attentive watching was exactly the posture of most of the congregation at Mass last Sunday. We were truly watching as we were clinging to our missalettes, missals, or laminated pew cards to assist us in responding appropriately.

We were expectant. We anticipated the next cue.

And watch we did—as the hymns were sung; as the first candle of the Advent Wreath was lit; as the priests did what they always do; as the rite progressed from the Liturgy of the Word to the Liturgy of the Eucharist; as we smiled to ourselves—mindful of the few verbal gaffes we made as sincere efforts were being put forth all around us.

We watched and we prayed new words on the page and felt them roll off our tongues. We watched something new enfold amidst the old: One Sunday in a history of Sundays. And when it was over, most of us found that we came through the moment just fine, but determined to watch a little better and pray along a little deeper at the next Mass we attend.

The universal and collective sigh of experiencing something new—all together at once—is over. From here on in, we will patiently adjust, and raise our prayers a bit more strongly next time.

Looking ahead to this coming Sunday, Mark speaks to us again. This time it is not of watching, but of preparing and proclaiming. It is the natural step that follows attentive watchfulness.

As it is written in Isaiah the prophet:

Behold, I am sending my messenger ahead of you;
he will prepare your way.
A voice of one crying out in the desert:
"Prepare the way of the Lord,make straight his paths."
John the Baptist appeared in the desertproclaiming a baptism of repentance for the forgiveness of sins (Mk. 1:1-4).

The Gospel, echoing the prophets Isaiah and John the Baptist, speaks of the raising of the voice—proclaiming—not just watching. For Advent is also about speaking and doing, of reacting to what one knows to be true.

These words beckon a holy disposition, not only of watchful waiting, but of solemn preparations and vocal proclamations telling of our love for the One Who is to come, the One who is soon to arrive in our midst bringing his power and his glory.

In this, the final article in this column's series on the people's responses in the updated Roman Missal, we discover the words we utter as we prepare to receive Jesus in the Eucharist.

They have everything to do with a careful watchfulness and a proper preparation for a divine encounter with the Lord. The same Lord, who, remarkably, comes via the Incarnation as one of us, just as surely as he surpasses us in wisdom, power, and glory—comes to cure us, forgive us, and save us.