Bring It! A Christmas Reflection on John 1:1-18

I'm working on increasing my physical fitness level and have been attending classes at a local gym. I can workout at home and often do, but I don't push myself the way they push you in classes. After attending classes with several different teachers, you start to realize what makes for an effective fitness teacher and what doesn't.

I'd say punctuality is important because it signals that the class is important to the teacher. Tonight the teacher was 15 minutes late. In retrospect I was deeply grateful, since I spent much of the class wishing it were over, but that's not the point. Enthusiasm and a positive attitude are important in a fitness teacher, but words aren't enough. Being physically fit oneself is important. A good role model of fitness is motivating for students. But the most important quality, I discovered tonight at a "boot camp conditioning" class, is that the teacher do the workout too. It's not enough to turn up the music, then spend the whole hour standing at the front of the class telling us what to do while watching us do it, and saying periodically "Bring it, people! Come on, now, you only have two more minutes of squats. Bring it!"

It's not enough to ask perkily and repeatedly, "Are we feeling it yet?" when "Are you feeling it yet?" would be more accurate. At first I told myself it didn't matter that the teacher didn't appear to be physically fit himself. Maybe that was superficial on my part to expect it. At first I told myself it didn't matter to me whether the teacher actually did the exercises too. But after about 15 minutes, I found myself thinking, "He's not doing it, why should I?" Apparently I must feel that a leader shouldn't expect anything of followers he doesn't expect of himself. Judging by the Incarnation, God must feel that way too.

The Prologue to the Gospel of John introduces us to a boot camp conditioning teacher who knows how to "bring it." He will not ask of us anything he is not willing to do himself. The Gospel of John follows a sequence of "Tell and Show." In the Prologue the evangelist tells us who Jesus is: the Word made flesh, the light of the world, the revealer of the heart of God. In the rest of the gospel, he shows us Jesus in action, interacting with troubled people, performing healings, and teaching truth. Jesus our Teacher and Savior speaks the words that will lead us into truth. He enters into conversation and relationship with troubled people bringing them an offer of new birth, light, healing, a way, living water, the guidance of a good shepherd, and the Bread of Heaven. He is, in the end, willing to lay down his life for his friends. The Incarnation brings the promise that, strengthened by his presence, we can bring his wisdom and unselfish love to others.

The Word of God, the teacher and savior of the Prologue of John's Gospel, has similarities to the Wisdom of God we meet in the Book of Proverbs. She is another boot camp conditioning teacher who is willing to throw herself into the action.

The Book of Proverbs offers lots of good advice from Israel's sages on how to get through life. They are spiritual fitness guides, offering directions in how to exercise discipline in speech, sexual behavior, anger management, and stewardship of one's possessions. Throughout the book the figure of Woman Wisdom makes several appearances. She is a female image for God who stands in the marketplace inviting young and old onto the path of wisdom (chap. 1), who prepares her home for a feast and invites us in (chap. 7), and who was active with God in the creation of the world, including human beings.

Then, in chapter 31:10-31, we have a poem often called "Ode to a Capable Wife." Often, male interpreters have assumed it was a description of the perfect woman that all women then and now should be. It turns out she is not a reference to a human woman at all, but Woman Wisdom herself, bringing light, honor, strength, and wisdom to her household. She is a woman who is a living example of the fear of the Lord, as she unselfishly spends her time clothing, feeding, and teaching the members of her household. She doesn't stand at the front of the class describing what we should be doing. She does it with us and even for us when our strength flags.

The portrait of Jesus the Word of God in the Prologue to the Gospel of John owes much to the portrait of Woman Wisdom in the Book of Proverbs. Like her the Word was active in creation. Like her he brings the light of wisdom into the darkness of folly. Like her, he was not recognized by everyone, for many refused to follow her path. Like Wisdom, the Word requires our response, but is, at the same time, a gracious gift from God to humankind. Like Wisdom, Jesus the Word of God knows how to issue an invitation into his household: 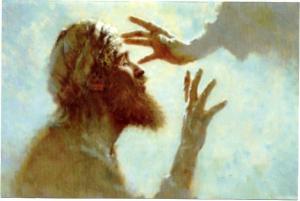 When First I Knew
Duncan Pile
3 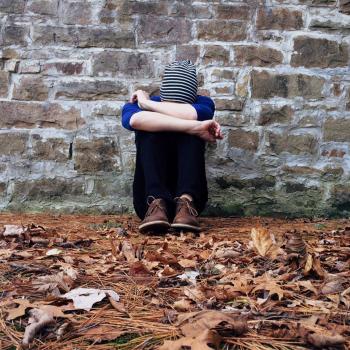 Are You Ever Disappointed With God?
Brad Wilcox

Alyce McKenzie
Alyce M. McKenzie is the George W. and Nell Ayers Le Van Professor of Preaching and Worship at Perkins School of Theology, Southern Methodist University.
Get Patheos Newsletters
Get the latest from Patheos by signing up for our newsletters. Try our 3 most popular, or select from our huge collection of unique and thought-provoking newsletters.
From time to time you will also receive Special Offers from our partners that help us make this content free for you. You can opt out of these offers at any time.
see our full list of newsletters