Children Are the Casualties of Individual Freedom 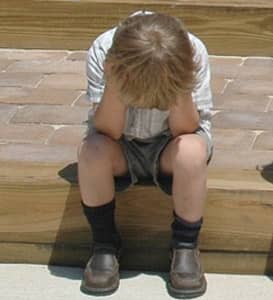 Marriage in the United States is at a record low, according to a just released analysis of Census data by the Pew Research Center. Compared to earlier eras, more people marry later in life, or not at all. Consequently, barely half of adults in the United States are married.

The marriage decline signifies individuals' unprecedented freedom. And its costs.

For most of American history, marriage was the sole legitimate setting for sexual relationships and for the rearing of children. Through the middle of the 20th century, some states made it a crime to have sex with anyone other than a spouse. Children born to unmarried couples were designated "illegitimate," and were subject to a host of legal disabilities. They had no right to inherit from their father, who, in turn, was neither obligated to support them nor accorded any right to raise them.

Couples wed out of economic interdependence as much as love. During agrarian times, for example, marriage brought a business partner who could help to work the land.

More recently, when men worked for pay and women did not, men married to gain a homemaker and women for economic support, each partner's role specialization binding the couple together.

Now, the pressures that channeled people into marriage have diminished. Courts have vindicated individuals' rights to structure their intimate lives as they choose. The rights of parents and children depend virtually not at all on whether the parents are married, and unmarried couples are treated more favorably under the law than ever. The entry of women into the workplace and the spread of labor saving devices at home have undermined the practical reasons to marry as well.

Ironically, as people have become less obligated to marry, they have come to expect more of marriage. Marriage now is less an institution and more a relationship. People hope to marry a soul mate who will promote their personal fulfillment and individual growth. They want to be happy and expect that their marriage will help to make them so. Children carry less weight in the marital calculus than ever.

And that's one of the primary costs of individual freedom. Less marriage translates into more unwed childbearing. In the 1950s, only a few percent of children were born to unmarried parents, and many of those children were soon placed for adoption with married couples.

Now, more than one child in three is born to unmarried parents. Sometimes, unmarried couples are living together when their child is born, but they do not typically stay together. More children than ever grow up without living with one of their parents. Trying circumstances result, especially as parents enters subsequent relationships and have children with other partners.

Mothers struggle without the help of a partner, often bearing alone both the responsibility to support the family and to nurture the child.

Fathers, despite their formal parental rights, often lose contact with children with whom they do not live. And children are deprived of the economic and childrearing benefits that two parents typically provide.

Unwed childbearing is also common among economically disadvantaged people of all races. Affluent, college educated white women, for example, typically delay marriage rather than forego it, and tend to postpone childbearing as well.

Less educated women, in contrast, often have a child even if they don't have a husband. Indeed, among white women who have their first child in their early 20s—a group of mothers who are disproportionately low income—a remarkable 60 percent are unmarried.

A deviant subculture cannot be blamed for this development. Poor people and economically disadvantaged black people share the same marital aspirations as everyone else: a mutually fulfilling relationship that allows them to grow as a person and to enjoy life as a couple. The problem is that realizing those expectations entails a degree of stability that economically disadvantaged couples lack.

The unprecedented freedom of the last few decades yields many benefits; it enables people to reject the rigid scripts that defined their grandparents' lives, and to structure their own lives in ways that fit their identity and outlook. For college educated people, the overwhelming majority of whom continue to marry, their newfound freedom enables them to make better choices and to form especially satisfying relationships.

That freedom though comes with a cruel irony for the economically disadvantaged. Its costs are borne disproportionately by their children, those who can least afford it.

About Rick Banks
Ralph Richard Banks is the Jackson Eli Reynolds Professor of Law at Stanford Law School and the author of Is Marriage for White People? How the African American Marriage Decline Affects Everyone.