Christ Is Born and All Is Well

December 12, 2011 by Tony Rossi
"Like" the Patheos Catholic Page on Facebook to receive today's best commentary on Catholic issues. 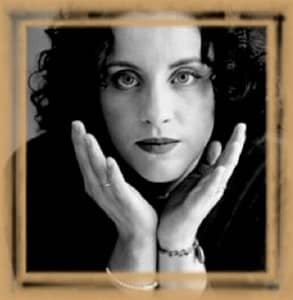 Grammy nominated singer/songwriter Sarah Hart has a gift for music and lyrics so it's a good thing she didn't follow through on her initial career goals of becoming an archaeologist or pediatrician. During an interview with me on Christopher Closeup, Sarah laughingly recalled a conversation she had with her band director in high school. He asked her what her career aspirations were and she responded, "I might want to be a doctor." He just looked at her and said, "Honey, you're not gonna be a doctor."

While some might interpret the band director's response as harsh or condescending, Sarah appreciated him "speaking vocation into my life . . . I think it's something we need to be able to give our young people a little more—to say, 'Here are the gifts I see in you and here's a path that you can carve to use these gifts.'"

Most recently, Sarah has used her musical gifts to create a wonderful new Christmas album called This Winter's Eve. One of her goals is to help listeners better understand the great gift of Christ's Incarnation. In light of this year's Black Friday chaos, which Sarah likened to Mardi Gras before Ash Wednesday, she does her best to live out the message that Christmas isn't all about presents under the tree. She explains, "I know it probably sounds trite to a lot of people, but the best way to maintain a spirit of love is to give beyond yourself. Find a place to give a little of your money, find a place to give a little of your time. It's amazing how much Christ comes back to you when you do that."

Sarah's relationship with Christ goes back to her "cradle Catholic" childhood. She was raised across the street from a church that she used to sneak into to pray because she knew a side door that was always kept unlocked. She says, "For me, Christ was always present and the Incarnation was a very real thing. Even as a child, I didn't question it—and I know that's a huge gift . . . I feel that God's always walked with me and never let me go."

That love of God has led her to a successful career in Christian music where she's written songs for artists like Matt Maher, Audrey Assad, and Amy Grant whose hit "Better Than a Hallelujah" earned Sarah her first Grammy nomination for songwriting. But Sarah also enjoys stepping behind the microphone herself to perform songs she's written. That's especially true of This Winter's Eve, which, except for "God Rest Ye Merry Gentlemen," is full of original music.

One of the album's most prayerful and meditative songs is "Let It Be So," which puts listeners into the mind of Mary as she says 'yes' to God's request to bear the Messiah. I like it because it provides deep insight into the thoughts and emotions that likely went through Mary's mind. The first verse asks, "What is it you see / What do I possess / Oh how could it be / That I should be so blessed? / I am nothing much / Neither saint nor queen / I am just a girl / And you are everything."

There's a lyric in the second verse, however, that's raised some eyebrows: "My life is so small / So small a price to pay / To see my savior come / And take my sins away." Sarah explains that she believes the theological point that Mary was born without original sin, so she wouldn't have any sins to take away. But at the same time, "When you're writing a song from Mary's viewpoint, you have to really crawl inside this 14-year-old. I don't believe that Mary understood she was born without original sin. I believe she was so pure and so holy and so naïve that she wouldn't understand that. She would just say, 'Thank you God for coming to take my sin away.' So I think that's part of the craft that you do when you're a lyric writer. You have to put yourself into that situation in that person's head if you're telling a story."

A number of songs on This Winter's Eve were inspired by stories to which Sarah has a personal connection. "All Is Well," for instance, arose from the cancer death of a 12-year-old girl who was a family friend. Throughout the girl's ordeal, she clung to the words of Julian of Norwich, "All shall be well. All manner of things shall be well." Sarah says, "This is what we should perceive about the birth of Christ: the world is a wreck and a disaster and shall always be, but in truth and the heavenly reality, which is so different from our reality, all is well because God has kissed the world and said 'I love you and here's My gift for you, My gift of eternal life through My son.'"