Against "Taking Things Back:" Rethinking the OWS Slogan

A funny thing happened on the way to the protest.

I was talking with a colleague in the Occupy movement and sharing my ambivalence about a common slogan on our posters: "Take It Back."

He asked what bothered me, and I told him I wasn't sure. But he "listened me into free speech," and here's what came out.

1) If we want a group of which we're part (the occupy movement, a religion, a denomination, a nation, a political party) to be fully and consistently nonviolent, we can't simply focus on keeping our fists, bullets, and bombs to ourselves. We have to start with our words, which requires us to deal with the thoughts and feelings from which words flow.

2) "Take back" implies that a prior taking has occurred, and that taking is understood as theft. In the presence of an aggressive crime like theft, it's easy to justify another crime in return (or better said, in retaliation). So characterizing something as a theft increases the chances that people will respond to it in kind, fighting one kind of fire with another.

3) If we do succeed in taking something back, we plunge ourselves into an ongoing system of strife and potential violence, because guess what? Those from whom we "took back" something will then start chanting to take it back again, and so on.

My colleague agreed and has since been urging others in the movement to seek to be rigorously nonviolent in speech as well as action.

After the protest, I realized that I was passing on to her something I learned from Jesus. In the Sermon on the Mount (Mt. 6:38-42), Jesus proclaims an ethic of non-retaliation and nonviolent resistance. (It turns out that Gandhi and Dr. King learned it from him too.)

Jesus also described in the Sermon on the Mount how violent words and hostile emotions can set mechanisms in motion that lead to outcomes we never anticipated or wanted (Mt. 5:21-26). And as I reflect on his wisdom on these matters, I realize how the opening words of the sermon get to the heart of the matter. In the beatitudes, Jesus names the core attitudes of the heart that are most essential for being his students and agents:

poverty of spirit (as opposed to arrogance and being "full of oneself"),

sadness (so we feel brokenhearted at injustice rather than full of blame and accusatory venom),

meekness (or kindness, a refusal to do harm to anyone, including an opponent),

hunger and thirst for justice (a desire for something better, not simply a drive to redress a wrong),

mercy or compassion (even for those who have created the problems we face in the first place),

purity of heart (being sure that good projects aren't polluted by toxic motives),

peacemaking (remembering the goal isn't to win an argument or struggle, but to win the peace by which everyone wins),

willingness to be persecuted (for only in the risk of being wronged again can we confront those who have done us wrong already),

an ability to be happy regardless of the wrongdoing of others (so that our behavior isn't dependent upon the behavior of others, trapping us in systems of mirroring and imitating evil).

"Take it back" language is terribly common among Democrats and Republicans, among the 99 percent and the 1 percent. It's sadly common among religious leaders too, who want to (these words make me cringe) "take back America for Jesus." I think we can find better ways to envision and work for better days. I'd recommend we abandon "take it back" language altogether—not simply as a verbal exercise, but as a move or posture of spiritual practice, in the way of Jesus. 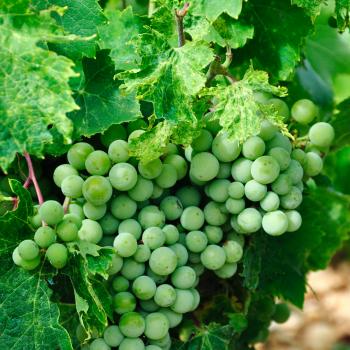 Gentile Christian Identity--- Part Six
Ben Witherington
Get Patheos Newsletters
Get the latest from Patheos by signing up for our newsletters. Try our 3 most popular, or select from our huge collection of unique and thought-provoking newsletters.
From time to time you will also receive Special Offers from our partners that help us make this content free for you. You can opt out of these offers at any time.
see our full list of newsletters
Editor's picks See all columnists