Becky Garrison is a writer, speaker, and humorist who explores the intersections of religion, culture, and politics. The author of books including Jesus Died for This?, Red and Blue God, Black and Blue Church, and, most recently, Ancient Future Disciples: Meeting Jesus in Mission-shaped Ministries, Garrison also writes for the Washington Post, the Guardian, Sojourners, Killing the Buddha, Religion Dispatches, and The Revealer.

In much of her writing, Garrison demonstrates that a serious Christian can also be seriously funny—I first encountered her through her work with the late, lamented Wittenberg Door—but more recently she is staking out a position as a serious student of where Christianity is going and how it ought to get there. It's not going to be an easy or uncomplicated movement, of course. As she recently told my friend Eileen Flynn in the Austin Statesman, "How many of us are really prepared to follow this way of this radical love maker, rule breaker who cut through every conceivable societal barrier to welcome all to come into the kingdom?"

But Becky's work gives us visions of what it might look like if we were prepared—or, maybe, when we are prepared.

Becky Garrison: When I was researching Jesus Died for This?, I came across my late father's dissertation abstract (1965) for his Ph.D. in sociology from Duke University. I was struck by how his analysis of fringe communities such as the Jesus People USA and Students for a Democratic Society (SDS) paralleled many of the current conversations around the formation of post-Christian communities. While eventually my parents' alcoholism and drug addictions overran their idealism, and they died when I was in my teens, there was this brief window when this radical hippie priest and professor and his earth-mother wife really seemed to be trying to put the radical teachings of the gospel into practice.

As a young adult, I rebelled for a bit from my radical past by coming out as a débutante, becoming a Young Republican, joining the Junior League, the Mayflower Society, the Yale Club and the like. But no matter how hard I tried, I was never "saved" enough to join those who were biblically blessed. But when I began writing for the now-defunct Wittenburg Door, I found a home where I could combine my growing desire to put pen to paper with my disgust for undivine religious dorks, and a religious satirist was born. In addition to slamming those who put self on the throne, I began interviewing a range of noteworthy individuals. Through these conversations, I began exploring a range of faith communities operating out of the mainstream of society.

Hence, I see in Ancient Future Disciples the continuation of a journey that I've been on now since the mid-nineties.

Garrett: Ancient Future Disciples is interested in looking under the hoods of what you have called "pioneer" Episcopal churches from across the country. What did you find that these communities have in common? What were the most obvious differences you noted, and where did they seem to emerge from?

Garrison: While these communities are informed by their particular cultural context, some identifying markers they share in common begin to emerge:

Did You Miss Any of These?
Frank Viola
2 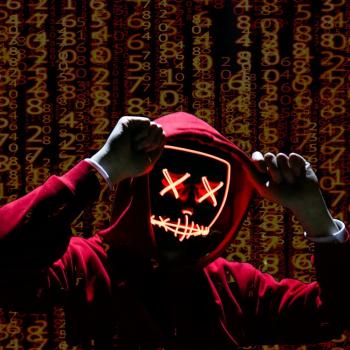 The Perils of a Magickal Hangover
Phoenix LeFae
Get Patheos Newsletters
Get the latest from Patheos by signing up for our newsletters. Try our 3 most popular, or select from our huge collection of unique and thought-provoking newsletters.
From time to time you will also receive Special Offers from our partners that help us make this content free for you. You can opt out of these offers at any time.
see our full list of newsletters
Editor's picks See all columnists