Bringing Our Own Gold, Frankincense, and Myrrh

Epiphany is one of the earliest Christian feasts, dating to the 3rd century, and its name comes from a Greek verb that means "to reveal." In the eastern Catholic and Orthodox traditions it is called "Theophany"—the revelation of God to man. The feast began in the east, and almost from the beginning has been universally celebrated on January 6. The Nativity was eventually made into a separate feast that begins in the evening between December 24 and Christmas Day the 25th.

Epiphany can sometimes get lost in the shuffle, and after Christmas and New Year's is often forgotten. Contrary to the idea of the "Christmas season" beginning in the weeks prior—which is really Advent, the time to prepare and reflect—and ending on Christmas Day, or at the very least by New Year's, Christmastide actually begins with the celebration of the Nativity; the twelve days of Christmas follow, ending the season with Epiphany. In the western Church the celebration of the baptism of Christ follows right after. These Epiphanies are separate holy days, but linked as revelations of Christ to us.

In many countries of Europe Epiphany is as important as Christmas, and gifts are actually opened that day in remembrance of the wise men's gifts to the Christ child. In some northern countries, smaller gifts are given each of the twelve days of Christmas with the main celebration on Epiphany, January 6.

Other epiphanies, in addition to the wise men from the east coming to pay homage to the baby Jesus and thus revealing Him to all nations of the earth, include: the angels' message to the shepherds, who represent Israel, announcing that the Messiah has been born in Bethlehem; Jesus' baptism, where God the Father's voice is heard declaring that Jesus is His Son; and the wedding feast at Cana, when Jesus is revealed as divine with His first miracle turning water into wine.

On Christmas Eve, our little granddaughters blew out candles lit on their dessert after dinner, singing "Happy Birthday, baby Jesus." Then the 3-year-old and I walked to our crèche hand-in-hand, telling her that tonight was when we celebrated when Jesus came to us as a baby. She asked, "Like me?" Taking the statue out of the pretty wrapped box where we had placed our Advent offerings, written on little pieces of paper to prepare for Christmas, she carefully placed Him in the manger. I knelt by her side to take in the wonder of His birth with her. She said in her most serious 3-year-old voice, "Aww, poor baby Jesus, it's sad, there wasn't any room for Him." Then she took my finger to point to the gifts in the hands of the Wise Men making their way to Bethlehem; she wanted to know if that was food. I told her that those were the gifts of gold, frankincense, and myrrh to give Him because He was the newborn king. She had her own epiphany when she responded with an astonished intake of breath: "A King!"

Trying to explain what the gifts were to her, gold was easy, pointing to my wedding ring. Frankincense and myrrh were a bit harder, though. Her wonder at all of this and her questions caused me to reflect on those gifts, myself.

Although the philosophy of the wise men was incorrect, God could use this to bring them to the Christ child. The Magi—foreigners—traveled over 1000 miles to bring those very valuable gifts, and to pay homage to the newborn king. The journey likely took many months, and unlike the common scene of them at the manger, Jesus was probably at least a year old before they finally arrived (Mt. 2:11).

I knew of the basic symbolism associated with these gifts, but our granddaughter's questions prompted me to do more research. Something I found fascinating about both frankincense and myrrh is that to harvest the resin, the bark of the trees are slashed called "striping." The resins are then allowed to bleed out and are called "tears." Interesting . . . hmm?

The three gifts: gold, a precious commodity fit for royalty; frankincense, used by the priests burned for incense in their offerings to God in the temple signifying the prayers rising to heaven; and myrrh, used for burial purposes, for consecration, mixed with oil for anointing and also when added to wine it was offered to those condemned to die including Jesus.

They represented the saving role of Christ: the gold as king, frankincense His divinity, and myrrh as His sacrifice for our salvation.

I thought about those gifts and their meaning as the New Year approached. Resolutions of any kind can only be successful if taken one-day-at-a-time, renewing them daily. I resolved to ask myself every morning what gifts can I bring to Him in my life today? Nuggets of gold: acts of kindness to others, going out of my way to help a friend or stranger, and how I treat my family; frankincense: my prayer life, not letting distractions get in the way, and like the aroma of incense, for my thoughts and attitudes to be worthy to rise to Him; and myrrh:  sufferings, frustrations, and challenges. Even those offered to Him can be gifts He can use to make me a better person. As my little granddaughter observed, I want to make room in my heart and life for God, and not allow it to become too crowded for Him. 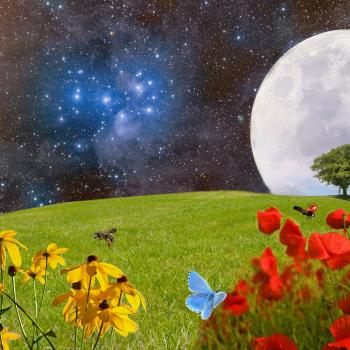 The Choice To Die
Anne Kennedy
3 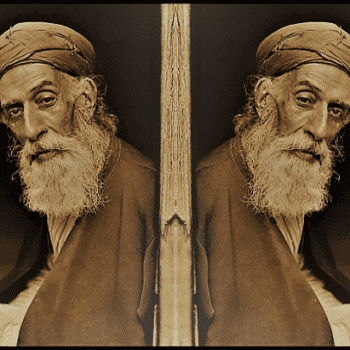 Is Academia a Failed Initiation Rite?
Connor Wood
Get Patheos Newsletters
Get the latest from Patheos by signing up for our newsletters. Try our 3 most popular, or select from our huge collection of unique and thought-provoking newsletters.
From time to time you will also receive Special Offers from our partners that help us make this content free for you. You can opt out of these offers at any time.
see our full list of newsletters
Editor's picks See all columnists