In the pagan blogosphere over the last few weeks, I've encountered a number of topics that I think are in some way connected. Chas Clifton wondered what pagans get from interfaith activities, and then had a brief further post on Christians suggesting that learning about Paganism is useful in order to potentially convert Pagans. Before the end of 2011, Star Foster wrote about religion not being a "matter of style," in the sense that it isn't a matter of choosing it like one would choose what to eat or what to wear on a given day; this was written in response (with both solidarity and praise) to a recent blog post by a Catholic who was asserting that her religion is the only one that is "right." And Gus diZerega recently wrote about how monism is better than monotheism in terms of understanding the nature of the "Ultimate."

From a certain viewpoint, these things may not seem to be connected at all; but in my own understanding, there is a kind of synthesis between them, and I'd like to explore it a bit in the present column. I'll do so, first, by mentioning something that Star Foster briefly outlined in her first Egregore News post.

Cee Lo Green has come under fire recently for having changed the lyrics in John Lennon's song "Imagine" to reflect, in his words, "peace and love and unity"; he did this by changing the line "And no religion, too" to "And all religions true." This kind of light monism is the staple of a great deal of interfaith understanding: the idea that the great diversity and difference in the world's religious traditions are really separate languages of discussing the same underlying reality, and that those who truly understand will see that there is no real difference between them. I've written before that I'm not an advocate of this notion, personally, and I'd like to continue to explore why that is, using Cee Lo's lyrics as a jumping-off point.

I'll need to unpack each of those sentences a bit further, however—especially the first three—so I shall proceed to do so below.

In terms of all religions being "true" and my suggestion that they are not, this arises from the fact that I am not a monist, and I do not think that the undeniable differences in thought, theology, and practice of a great many religions all ultimately find reconciliation in an "Ultimate" or a "Oneness" that is at the heart of the universe and that is the source of all things. In a physical sense, I can certainly buy that at one point in the distant past, the universe that we know was "all one," but I think that looking backward to an idealized time before the Big Bang, or looking forward to a time when all will be one again in the Big Crunch, is a very nice way to avoid dealing with the very real differences that have to be confronted here and now.

While monism is often suggested as a methodology to transcend differences—especially where these are divisive and can lead to violence—it's a methodology that is based on a spiritual idea of transcendence of actual physical and experiential differences. Thus, I'm not interested in such a notion because it conveniently avoids recognizing such differences as real and tangible in favor of a posited "truth" that cannot be proven. While we all are made of the same physical substances in terms of energy and subatomic particles, and these things go through innumerable changes throughout the period of universal time, nonetheless I'm not a star at the moment, nor am I the plants and animals that my physical substance will be a part of one day at the present either, and to act as if I am would be totally inappropriate to this human life I'm currently living—and doing my best to enjoy while I can. 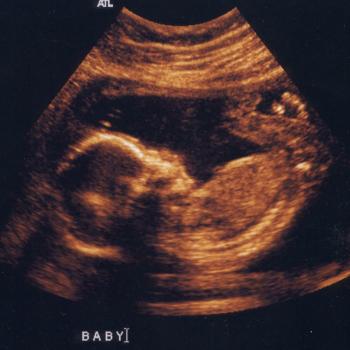 Hymns of Hope and Comfort: Come, Christians, Join to Sing
Jonathan Aigner
Get Patheos Newsletters
Get the latest from Patheos by signing up for our newsletters. Try our 3 most popular, or select from our huge collection of unique and thought-provoking newsletters.
From time to time you will also receive Special Offers from our partners that help us make this content free for you. You can opt out of these offers at any time.
see our full list of newsletters
Editor's picks See all columnists