Of Gateways and Beauty

On January 16, friends and I went hiking in Pt. Reyes National Seashore. It was a cold but sunny day with not a cloud in the sky. This time we took a trail none of us had explored before, 6 miles along the San Andreas Fault. From here, all the land to the west was once part of an island chain down around San Diego, and land to the east is part of North America. As one might imagine, the geological stresses and strains along this region are titanic. And perhaps not only geological.

The scenery while we walked along the fault was pleasant but hardly indicative of the massive forces at play around us. Small lakes or large ponds had been formed by land that subsided during a quake, and in turn many small rises rose briefly but steeply to offset them. Most of these were covered with Douglas fir, bay trees, and oaks, some of them immense. Here and there an open field would appear, but with little in the way of views. Everything was close up.

My friend Alan suggested we try and find "gateways," places where the links between our reality and other realms were particularly strong. We usually agreed as to when we came across one, a mix of visual and other senses that told us this place was "different." A grove of ancient white alders, a particular massive gnarled oak, a spot where the sunlight filtered in a certain way, the gateways varied from large and stately to small and evanescent. The lack of grand views made focusing in this way easy and I suspect the powerful energies surrounding this region made perceiving them easier than normal. For me, it was primarily a difference in "feel."

Focusing in this way, I soon fell into a kind of light reverie and I separated myself a bit from my friends, the better to walk silently and with few distractions. The place increasingly came alive as the land gave me a kind of tutorial on power spots and gateways. Some are fleeting, always moving, others by our standards are stable. The reasons why became much more clear to me.

Gary Snyder is one of California's most important poets. Snyder has integrated American Indian and Zen insights into his work, and made them a personal practice as well. He once noted that the spirit of a place is the sum total of all the energies of that place. As such they differ from one place to the next. The energies of the sun and moon and stars and clouds and rain all contribute, sometimes minimally and sometimes massively. I got a deeper appreciation for why the moon as well as times of transition, such as dawn or sunset or the Solstices are is important ritually.

We are not mere spectators. We ourselves add to the energies of a place and if we are focused spiritually we bring additional presences to it. At the same time disruptions, be they physical or psychological, sever energetic relationships, and it takes time for them to heal, or for new ones to form. I think this is why old towns always feel so different from new ones, for they have begin to integrate with their surroundings, particularly when buildings make use of natural materials. They are no longer impositions. They are at home.

All this might sound like malarkey to someone who has never had such experiences, or more likely, has had them and didn't notice them or blew them off as mere moods and fancies. So I want to suggest a brief exercise, one my readers in snowy realms will find a lot easier to do than those of us on the California coast or in some similar place.

In my healing workshops, like the one I will give next month at Pantheacon, I teach people how to see the densest of the energy fields around their hands. It's no big secret. I wrote how a person could learn to see this energy in a blog celebrating Earth Day over at Beliefnet. No reason to describe what to do here, just go there.

(In my experience ,most people can learn to see this, although there are some who apparently can't. On the other hand, some have seen them from childhood. I suspect like so much else the ease of being able to see this forms a bell shaped curve.)

Once you can see this energy film, go outside and look at tree trunks in the same way—with what I call a "permissive gaze"—being sure to keep them in focus but not staring. You will see similar but different energy fields emanating from the trunks. This is much easier when there is a plain background behind them, such as snow, and far more difficult when the background is broken up by plants and rocks and such, each with its own field. But where there is no snow even a blank wall will help. Some people say they feel these fields more easily than they see them. 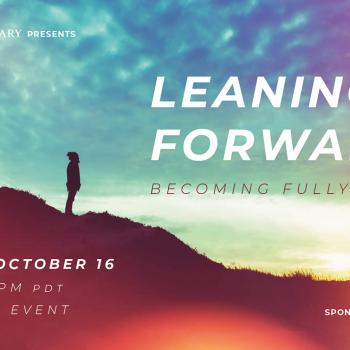 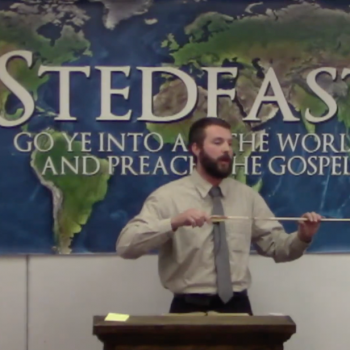 Hate-Preacher: If Boys Grow Up in a Church Like Ours, "They'll Be Straight"
Hemant Mehta
3 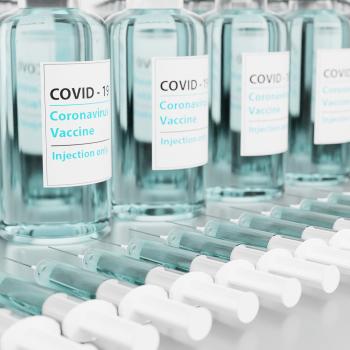