HHS Rule Is ABC: Religious Freedom for Anybody But Catholics 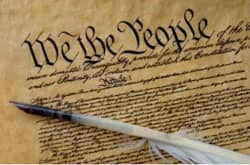 Health and Human Services' recent attacks on freedom of religion show it is deaf to religious sensibilities. Even the Administration's resounding defeat on January 11—when the U.S. Supreme Court unanimously rejected the Administration's reading of the First Amendment as "extreme," "untenable," and having "no merit"—couldn't unplug its ears.

The Court held in Hosanna Tabor v. EEOC that the government could not meddle in the internal affairs of religious organizations, in this case, a Lutheran church and school. Yet nine days later, the Department of Health and Human Services (HHS) said it would force all but a few religious organizations to violate their own teachings in providing health care benefits to their own people. Specifically, the government has ordered virtually all employers—nationwide—to sponsor and subsidize health care coverage of sterilization and contraceptives, including abortion-inducing drugs, for their employees. And it gave church employers a year to get in line.

The First Amendment unambiguously says that government "shall make no law" prohibiting the free exercise of religion. It doesn't say that some laws trampling free exercise are fine. It says no law.

Yet, nine days after the Hosanna-Tabor decision, on January 20, HHS announced its decision to keep in place the frightening mandate in the health care law, with barely the slightest nod to religious concerns. HHS holds to the absurd rule it announced last August, that church ministries get a religious exemption only if they employ and serve primarily co-religionists.

Must Catholic hospitals, to be true to their identity, now turn away people of other faiths from their emergency rooms and fire non-Catholic employees? Currently, Catholic hospitals serve one out of six people who seek hospital care in our country. Must Catholic Charities hire and serve only Catholics in its food pantries and other social service agencies? Until today, you didn't need a baptismal certificate for soup.

This egregious violation of religious freedom marks the first time in our history that the federal government is forcing religious people and groups to ante up for services that violate their consciences. Some claim this is all about access to contraceptives, but everyone knows how and where to get them, and get them cheaply. And the mandate also forces coverage of sterilization and abortion-causing drugs. This is about forcing the church to pay for all these things through insurance coverage, to sponsor these "benefits" that it considers immoral. This is, in other words, about freedom of religion, which is a foundation stone of U.S. democracy.

Some months ago HHS refused to award an anti-trafficking grant to the U.S. Bishops' Migration and Refugee Services (MRS). It did so despite MRS's scoring higher on an objective scale (according to the government's independent advisors evaluating grant applications) than two of the three organizations that were awarded grants. (And two of those scored so low that they were deemed unqualified.) I suggested then that HHS had an ABC rule, "Anybody But Catholics." Now I wonder if ABC isn't also the answer to who gets freedom of religion.