Let's Talk About God: An Examination of Spiritual Beliefs 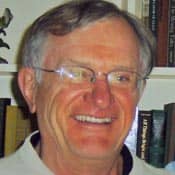 Today there are two major antagonists that are generating the most publicity with regards to the national discussion on spirituality. These, of course, are the proponents of Intelligent Design and the Darwinian Evolutionists. Often these two groups are at total odds with each other and the discussion is generally more of a debate than an exchange of ideas. I believe that each of these groups is both very right and very wrong in their positions. I believe the Intelligent Designers have produced an enormous amount of solid evidence that indicates there must be an outside intelligent influence in the creation and functioning of our world and universe. But then they couple that idea with a largely irrational and total rejection of the theory of evolution. The Darwinians, on the other hand, have amassed an enormous amount of evidence and thinking to solidly substantiate the reality of an evolutionary process. But there are some very serious flaws in their theory which they have so far managed to simply ignore. I think it is time to bring these failings into a more open and honest discussion.

The ongoing battles between religion and science and between the various religions has probably been the major contributing factor to the creation of the intolerance, fear, terror, violence, etc. that are so pervasive in our world today. I believe there are two fundamental reasons for these conflicts.

The first is the fact that the wide range of beliefs that people hold to try and understand the Divine are usually maintained by an extreme imbalance of faith and passion over reason. Certainly faith and passion can both be valid, and often necessary, components in the formulation of religious beliefs. But there also needs to be at least a certain level of rationality to provide a structure capable of holding the whole mix together.

The second reason for these dissensions is the fact that many religious beliefs are mutually exclusive. In other words, in spite of the passion by which they are held, many of them cannot possibly be true.

But if a spiritual aspect is an integral part of the human condition, then it would also follow that there must exist a set of Truthful Principles that does accurately describe the characteristics and functionality of that aspect. The vastness and obvious complexity of the concept of the Divine would virtually guarantee we will never be able to completely identify or understand all of these Principles. But, if we can collectively begin to identify and prove just a few of them, we will have put down a foundation upon which a true spiritual understanding can be built that will literally and profoundly transform the world. I think that is something it is ready for.

It is important to remember that the production of legitimate scientific conclusions requires not only sound logic, but also the existence of valid and truthful assumptions to which that logic is applied. I will submit that God Theories does, in fact, make careful use of both of these necessary ingredients to prove far beyond any reasonable doubt several spiritually related ideas that have been the source of great arguments for centuries.

I will make the contention, in fact, that my book does scientifically and conclusively prove the following key spiritually related ideas.

1. The classical theory of evolution cannot possibly be true. The basic concept of evolution itself has certainly been demonstrated far beyond any doubt to be a truth but God Theories clearly shows that some of the long cherished ideas describing that theory are, at some point, going to have to be modified.

3. The existence of the Essence of who we are cannot possibly depend upon the creation of a particular physical body. That would imply that this Essence must exist, both prior to the existence of any body that it does use, and then, following the demise of that body as well.

I fully realize there are many sources of information besides my book that strongly, if not compellingly, point to each of the ideas stated above as being Universal Truths. But what I would contend is different is that anyone who finishes reading my book will, at that conclusion, either be absolutely required to acknowledge them as Truths or else be forced to concede they are instead choosing to believe in an absurdity of unimaginable magnitude.