Obama and Santorum: A Clarifying Contrast

Thanks to C-SPAN, I spent some time this weekend watching Rick Santorum speak at a campaign stop in Florence, South Carolina. I must admit that I was not listening carefully to what my former United States Senator was saying until he dogmatically and boldly asserted: "America is a moral enterprise, not an economic enterprise."

Santorum used the "moral enterprise" remark to distinguish his campaign from that of Mitt Romney, the GOP frontrunner. Romney won the Iowa Caucus, and the New Hampshire primary, and is currently atop the polls in South Carolina because he has proposed solutions for America's economic woes. Although Santorum is not ignorant of the country's economic problems, for him the most serious issues facing the United States are moral in nature.

This was not the first time I have heard Santorum call the United States a "moral enterprise." Back in April, at a speech at the National Press Club, he defined exactly what he meant by this phrase.

First, he connected America as a "moral enterprise" with the idea, embedded in the Declaration of Independence, that all people are free because they have been created equal by God.

Second, he said that America has a moral responsibility to spread its values around the world. Here Santorum was indirectly invoking the words of seventeenth-century Puritan John Winthrop who described the Massachusetts Bay Colony as a "City on a Hill." (Indeed, Santorum has used this very phrase as well throughout the campaign. So did Ronald Reagan and George W. Bush.)

Third, Santorum believes that America is moral because it offers religious and political freedom to its inhabitants.

Fourth, America is a moral enterprise because it is committed to attacking "evil" secular ideologies like Marxism and socialism and anyone who supports the spread of Sharia law.

This, indeed, is one vision of what it means for America to be a moral enterprise. Tens of millions of people across the country share this vision. It's a vision that is rooted in the fact, Santorum believes, that ours is a Christian nation.

Over the past four years we have been introduced, although not as strongly as some progressive Christians would like, to another vision of what it means for America to be a moral enterprise. This vision has been articulated by President Barack Obama.

Obama, like Santorum, believes that God created all humans equal. But while Santorum stresses that our God-given equality should lead to individualism ("America is all about you and your freedom..."), Obama stresses civic responsibility and our duty to take care of our fellow human beings. Government is not a "necessary evil," as Thomas Paine said at the beginning of Common Sense, but a force for good. It has the responsibility of maintaining peace and providing the necessities of life—food, education, health care—for those in need.

Sometimes the government must promote the cause of justice when individualism and personal autonomy fail. Where would we be today if the federal government had not intervened to end segregation and racist voting policies in the South when local people, exercising their freedom and democratic will, failed to uphold the most basic elements of equality?

Like Santorum, Obama also believes that the United States is a truly exceptional nation. It may even be blessed by God. But for Obama, American exceptionalism is a two-edged sword. He is not afraid to address the darker side of the American experiment. Obama wants to curb greed and materialism, cultivate peace instead of war, and promote equality over discrimination.

Obama's vision for America is just as moral as the vision espoused on the campaign trail by Rick Santorum. It may also be more Christian.

This is why I think a general election contest between Obama and Santorum, though it appears increasingly unlikely at this point in the primary season, would be good for the country. Yes, it would probably exacerbate the culture wars, but it could also provide a wonderful forum for debate and conversation about what it means for the United States, or any nation for that matter, to be a "moral enterprise." 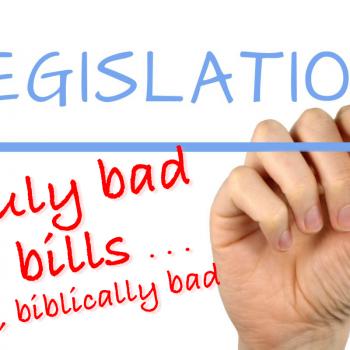 What you can do to help stop hundreds of new, awful bills around the country
Freedom From Religion Foundation
2 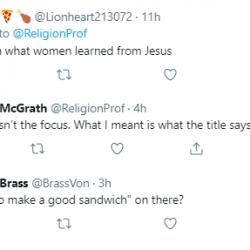 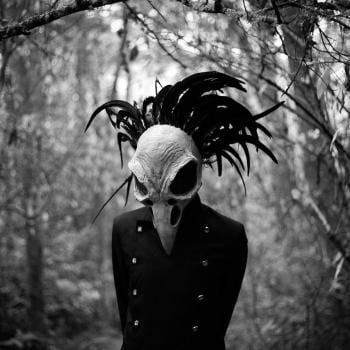 Discordian Jubilees: Dr. Van Van Mojo and the Season of Discord
Thumper Forge
Get Patheos Newsletters
Get the latest from Patheos by signing up for our newsletters. Try our 3 most popular, or select from our huge collection of unique and thought-provoking newsletters.
From time to time you will also receive Special Offers from our partners that help us make this content free for you. You can opt out of these offers at any time.
see our full list of newsletters
Editor's picks See all columnists