Will Genetic Medicine Make Us Immortal, or Make Us Monsters?

So, our modern science finally permits us to build sniper rifles targeted at individual diseases, but our economic conditions compel us to keep producing the old-fashioned Howitzers.

Our system rewards companies who find big, blockbuster drugs that work for a large number of patients. It's much harder to develop drugs that work only for a few patients—even if we can determine through testing that the exact medicines will work for these exact patients.

What is the human cost of this economic mismatch? Are there potentially helpful drugs that are being produced by genetic medicine but are being held from market because of the expense and time-consuming nature of drug testing? Are people actually dying unnecessarily because of this?

Absolutely. People are dying right now because they don't have access to the drugs that could help them. This is a persistent issue. It's happened at several points in history. One of the clearest examples is HIV drugs. During the 1980s, the Food and Drug Administration was very slow to approve HIV drugs. What they did allow eventually was for companies to offer the medicines to people on compassionate use grounds. People started using them, and there was definitely enough evidence from that usage to show that the drugs were working. Yet it still took a long time for the FDA to approve them.

Presumably you believe the FDA should still conduct testing for safety. But perhaps the financial burden of testing for efficacy should be reduced?

Yes, exactly. We need to change the FDA process and place more emphasis on following drugs after they are approved.

One potential advantage to your approach, placing an emphasis on tracking after drug approval versus testing before approval, is that doctors can discover if a drug has some benefit intended or unintended.

That's absolutely correct. We often find that a drug developed for one purpose becomes really useful for another purpose. According to some estimates, 30 percent of all prescriptions are written for off-label usage, meaning the drug is being employed for a purpose other than the purpose for which what the FDA originally approved it.

So that is almost kind of like the current method for working around the high cost of drug discovery is you just get it approved for one thing and you find out it is useful for something else?

Exactly, and what that tells us is that doctors and patients can make sensible decisions about the risks and benefits of medication. They do this all the time and it is entirely appropriate. Some doctors almost exclusively prescribe off-label medications. For a long time, pediatrics was that way, until the FDA started approving more pediatric drugs. Or to take another example, right now, if you are pregnant almost every medication you take will be an off-label prescription.

Dr. Swamidass, I want to shift gears from the economic pitfalls to the ethical dilemmas of genetic medicine. Recently, a United States appeals court awarded a drug company the right to patent a human gene they had modified for therapeutic purposes. This case will probably go up the chain of the judicial system. But overall there is, for many, a concern that the field of genomic medicine will lead us to Brave New World scenarios, such as human cloning. Are we right to have ethical concerns about where this field is headed?

There is definitely a danger that the pace of genetic discovery will outstrip the ability to understand and properly direct it. But there have been some promising developments along these lines. For instance, I have to give credit to Francis Collins for introducing legislation that makes it illegal to discriminate against people based on their genetic code. This is very important. Now we can actually sequence the patient without fear that their insurance or their employer would reject them because of their genetic inheritance.

More issues like this are coming upon the horizon. We would be able to rely upon the scientists alone to deal with the ethical angles and implications. We are all going to have to participate in that dialogue, because we all have a stake in it.

So there are ethical, legal, and economic issues when it comes to genomic medicine. But could these new technologies also shape the fundamental ways in which we look at ourselves and what it means for us to be human? How do you perceive the spiritual dimensions of this new medical era?

As a Christian, I think there is a real tension here. We hope for medications that are as safe as water, but that function like silver bullets to cure every disease. We have an intense desire to live forever, and yet every patient I treat, with every disease I try to cure, will eventually die. Everyone will die. I can't save them, or myself, from death.

So on the other hand, there is our struggle to live.

We do the best we can. But at the same time as we search relentlessly for new medications, we need to understand that we are all, ultimately, going to the same place.

Find other episodes of the Veritas Riff, as well as transcripts and other information, at http://veritasriff.org. 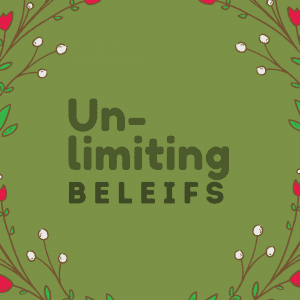 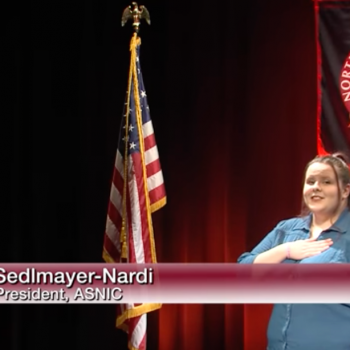 Common Grace, 2.28
Coyle Neal
Get Patheos Newsletters
Get the latest from Patheos by signing up for our newsletters. Try our 3 most popular, or select from our huge collection of unique and thought-provoking newsletters.
From time to time you will also receive Special Offers from our partners that help us make this content free for you. You can opt out of these offers at any time.
see our full list of newsletters
Editor's picks See all columnists