John F. Kennedy, Rick Santorum, and the Separation of Church and State

In case you haven't heard, John F. Kennedy's view on church and state makes Rick Santorum want to throw up. Yes, you read that correctly. This weekend in an interview with George Stephanopolous, Santorum stood behind an earlier campaign statement in which he said that he almost vomited the first time he read Kennedy's September 12, 1960 speech to a group of southern Baptist ministers in Houston.

What was it about JFK's speech that made Santorum so nauseated? According to the former Pennsylvania senator it was Kennedy's statement: "I believe in an America where the separation of church and state is absolute."

Since this statement prompted such gastronomic discomfort for Santorum, it is worth looking closely at how Santorum interpreted that line from Kennedy's speech and what exactly Kennedy meant when he uttered it.

Santorum thinks that Kennedy was saying that the church can have "no influence or no involvement in the operation of the state." Santorum believes that the speech contradicted the First Amendment clause protecting the "free exercise of religion." He says that Kennedy believed that "faith is not allowed in the public square." Santorum then, ironically, quotes James Madison to support his cause. This is particularly odd, since Madison was such a strong supporter of the separation of church and state that he disapproved of military chaplains. Madison also wanted an article in the First Amendment that gave the federal government the right to disestablish religion in those states, such as Massachusetts and Connecticut, which had official state churches.

To learn more about what Kennedy meant by the phrase "the separation of church and state is absolute," all one has to do is read the rest of the speech.

Kennedy affirmed that no Catholic prelate would dictate how he would act as president. This is not a statement about how Kennedy's Catholic beliefs might influence policy, but rather a promise he will not be calling the pope for advice on how to run the United States of America. I don't understand what Santorum is so angry about here. Is Santorum suggesting that, if elected, he will take direct orders from the pope or the Catholic bishops? (If so, he will need to declare the unjustness of the Iraq War, support universal health care, oppose the death penalty, support the right of workers to organize, and change his immigration policy.)

Kennedy warned against political candidates being denied public office because of their religious beliefs. Does Santorum want to return to the earliest state constitutions, some of which limited office-holding to Protestants or those who could adhere to the inspiration of the Old and New Testaments?

Kennedy claimed that the United States was not officially a Protestant, Catholic, or Jewish nation, but a nation defined by religious liberty. Santorum's campaign seems to be confused about this one. On the one hand it claims that the United States is a "Christian nation." On the other hand, it chides Barack Obama for failing to uphold religious liberty.

Santorum's attack on the Kennedy speech confuses the religious clauses of the Constitution (Article VI: "no religious Test shall ever be required as a Qualification to any Office or public Trust under the United States") and the First Amendment ("Congress shall make no law respecting an establishment of religion, or prohibiting the free exercise thereof") with the proper role of religious expression in the public square, something the Constitution does not address. Kennedy's speech affirms Article VI and the First Amendment. It says nothing about the place of religion in public life. Santorum reads far too much into Kennedy's words.

Santorum is repeating an old shibboleth of the Christian Right—the fact that the words "separation of church and state" are not mentioned in the United States Constitution. Since the 1970s, when the Christian Right emerged with force on the American political scene, its leaders have been attacking this idea. The "separation of church and state" has been around since the 17th century, but it was used most prominently by President Thomas Jefferson in an 1802 letter to a group of Baptists in Danbury, Connecticut who were frustrated about the state-sponsored Congregational Church in Connecticut.

In 1947, the United States Supreme Court used the Jefferson letter in a public busing case (Everson v. Board of Education) and ruled, in a 5-4 decision, that there was not only a "wall of separation between church and state," but that the wall was "high and impregnable." Those on the Christian Right are correct when they argue that the Everson v. Board of Education case, and its affirmation of a "high and impregnable" wall of separation between church and state, does not reflect accurately the way religion and government have mingled over the course of American history. In other words, the wall has never, in the course of American history, been "high" and "impregnable." 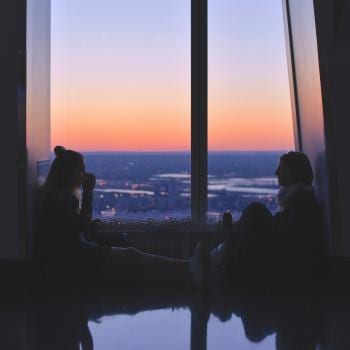 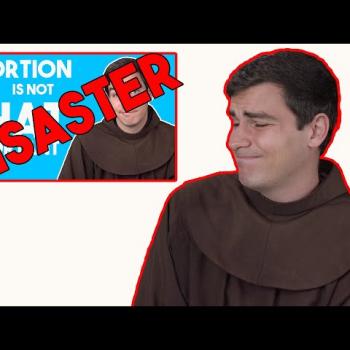 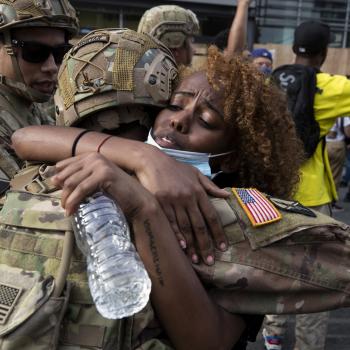 The morality of feeling equal empathy for strangers and family alike
The Conversation
Get Patheos Newsletters
Get the latest from Patheos by signing up for our newsletters. Try our 3 most popular, or select from our huge collection of unique and thought-provoking newsletters.
From time to time you will also receive Special Offers from our partners that help us make this content free for you. You can opt out of these offers at any time.
see our full list of newsletters
Editor's picks See all columnists