Newton Leroy ("Newt") Gingrich is a gold mine for comics, pundits, political writers, and anybody interested in a good time. The former Speaker of the House, sometime novelist, money-making historian, and 24-hour idea factory is rarely at a loss for words. (His failure to have a ready retort to Governor Mitt Romney's assertion that Speaker Gingrich, like Governor Romney, indirectly holds shares in Fannie Mae and Freddie Mac is the exception that proves the rule.) During his time as Speaker of the House, Mr. Gingrich offered his colleagues a revealing little memo called "Language: A Key Mechanism of Control," and much of his own language these days is about his two greatest rivals in his bid to become president of these United States of America, Mr. Romney and President Barack Obama.

In the past few months, while lambasting Governor Romney, Mr. Gingrich has lavished special verbal care on Mr. Obama's presidential decisions. Is the so-called Buffett Rule, in which millionaire and billionaire bosses are asked to pay tax rates comparable to their secretaries and administrative assistants a good idea? It's stupid, Mr. Gingrich says, "so stupid that even [this administration] couldn't defend it."

Is the suspension of a controversial pipeline from Canada through the United States a good idea? Stupid, Mr. Gingrich says, in a line repeated so often the crowds at his rallies can finish the sentence. And in case you couldn't hear for all the noise, he repeats himself: "This is a stunningly stupid thing to do."

In all of my vocations (but particularly as writer and English professor) I am attuned to words. When I see repetition, say, the word "stupid" repeated over and over, I tend to take note. When that word is often modified by an adverb, say "stunningly" or "appallingly," I also notice. I am not a fan of adverbs, since like Ernest Hemingway, I think simple, well-chosen language communicates most strongly. So I don't like it when people say things like "absolutely unique"—the modifier has no reason for being.

But I also understand why people use adverbs like "appallingly"—because they're not certain their adjectives (like "stupid") are communicating their point. After all, Speaker Gingrich has said in following up his comments on how stupid you have to be to believe the "Buffett Plan" would be a good idea, that it may be that the president is too thick to even get it. Following the State of the Union address Mr. Gingrich said, "I'm not sure he understood what he was saying."

That's right. The former Speaker of the House is asserting (and this is not the only time he has done so) that the President of the United States is delivering a speech he doesn't even understand.

This "Obama is Stupid" statement or implication has become a common trope of the Right in recent months, and one we see in the mouths of many writers and politicians. So it is that Mr. Gingrich offers to debate President Obama—and to allow him the use of a teleprompter, since the president can't be expected to survive mano-a-mano without one.

So it is that J. R Dunn writes in The American Thinker that President Obama is, at best, of average intellect, and then goes on to explain why even this is doubtful. "The Obama presidency is utterly unique," he says—there's that adverb again—"unlike any other administration we have had in living memory, and perhaps ever." After citing some paragons of presidential intellect (say, Calvin Coolidge), the conclusion is clear (and clearer if you use adverbs): "Obama is a fundamentally stupid man."

Even the grand gray lady of conservative journalism, the Wall Street Journal, featured this headline on their editorial pages last year: "Is Obama Smart? A case study in stupid is as stupid does."

Across the pages and airwaves, we see conservative pundits second-guessing the ability of our president to reason, speak a coherent thought without a teleprompter, or understand the implications of what he is saying. Let's set aside for now the assertions of some that some attacks against this president are racially motivated, because it's the nature of political discourse these days that everyone, including progressives, calls their opponents crazy, stupid, or racist, as Fox News chronicles. 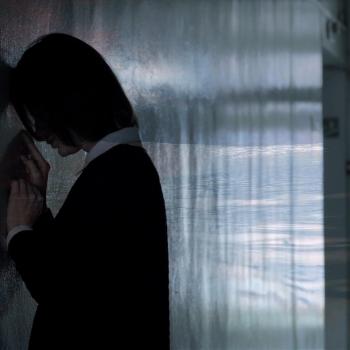 For Pride Month: Our 2015 Interview with La Sarmiento on Intersections of...
Justin Whitaker
3 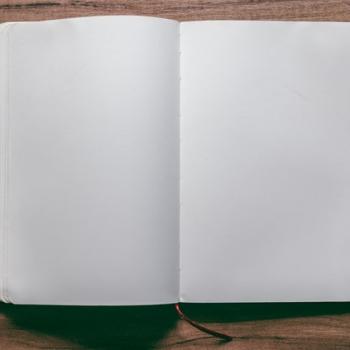 Is It Time For A New Biblical Canon?
Keith Giles
4

Summer List of Inspiration to Help Us Enjoy All of the Next Three Months
Sherry Antonetti
Get Patheos Newsletters
Get the latest from Patheos by signing up for our newsletters. Try our 3 most popular, or select from our huge collection of unique and thought-provoking newsletters.
From time to time you will also receive Special Offers from our partners that help us make this content free for you. You can opt out of these offers at any time.
see our full list of newsletters
Editor's picks See all columnists