The Greeks are not done overhearing. Now a voice from heaven comes for their benefit and that of the crowd. "I have glorified my name and I will glorify it again." In Mark, Jesus' glory is a future thing. It will be revealed when the Son of Man returns on the clouds of heaven. In John the glory is imminent. It inheres in the crucifixion-resurrection viewed together. The opportunity for participation or rejection begins now. The world judges and condemns the Son of Man. God uses the cross to lift him up for the salvation of the world.

It doesn't seem as if the crowd gets what the voice has revealed to them.

But maybe the Greeks did. Maybe they achieved the initial purpose of their visit—to "see" Jesus.

Jesus, interpreting the voice to the crowds, reminds them that "the light will be with them for a little longer." He orders them to walk in the light, to believe in the light so that they can become children of light (12:36).

If the Greeks listened and absorbed what they heard while waiting for their table to be ready, they did indeed see and hear Jesus, and thereby, they saw what their path would be if they became his followers. They heard a grain of wheat hitting the ground. They saw a rich harvest that came from that grain. They heard a cross being lifted to the sky. They saw a vision of all people drawn to that cross. They saw a light dawn on their path and beckon them onto it, to walk in the light as children of light. 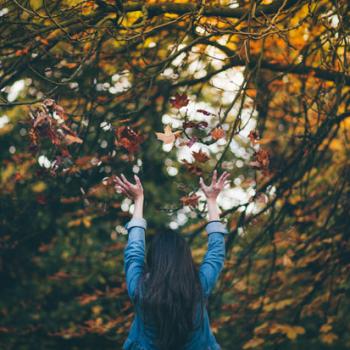 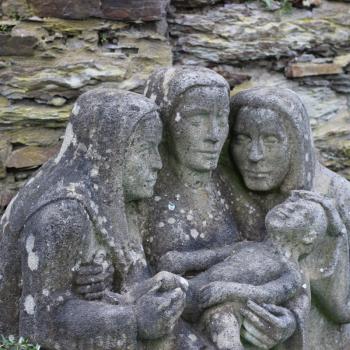