Yet here we are, with our popular culture disparaging all of us in one way or another, saying things about us that we wouldn't say to each other face to face. When this is happening, is the answer really that the "price" of work place access for women is being subjected to cruel, disgusting attacks? Or is it really the case that the internet has made us all thoughtless and brutish?

Perhaps we should consider alternative ideas. One is that, in this particular realm, popular culture is not representative of the people. Matt Taibbi doesn't speak for "men" in American society, and depictions of men as creatures without nobility or even basic self-control don't speak for "women." In fact, the shrill indignation at these excesses is also unrepresentative of the people's sentiments. Most of us minimize the time we spend brooding about these annoyances in the culture.

They do create an insistent cacophony around us, nevertheless. Modern media amplify the effect, but they are not the cause of it. The basic cause, I think, is our acceptance of the politics of resentment and victimhood, which puts an imprimatur of zeal for "justice" on our inherent tendency to take offense at things and retaliate.  There is much in life to be offended by, after all. Women are often unfair to men, and men are unfair to women. Slights big and small are inflicted every day. Some hurt terribly. Some are against the law; most are not; yet more and more often, the law and the courts are stuck with sorting them out. As a society, we increasingly have a materialistic, zero-sum vision about injuries, fairness, and "getting ours."

In this context, any sort of political behavior, including the crudest attacks on individual women—or men, for that matter—is justified by the pursuit of an invidiously defined "fairness." It is hard to make a case for rejecting this behavior when we encourage other kinds—ruinous lawsuits, special advantages enshrined in law for "victim" groups—that are undertaken for similar political purposes. Yet the principle of injury, resentment, and restitution never leads to satisfaction and peace, but to the opposite: to the insatiable spread of the principle to everything in life.

What we are finding is that there is no substitute for the very different principle that forgiveness, tolerance, and reconciliation, in our routine dealings with each other, produce better results than resentment, punishment, and urgent organizational schemes. Nothing works like forgiveness, in fact. Nothing else can. The need to strike out at or reorganize the people around us is an itch we can never stop scratching, if we let it rule us.

The positive power that comes with forgiveness, on the other hand, is limitless. We Christians sometimes forget that Jesus' sacrifice on the cross was a great, transformative act of forgiveness—and one made for an undeserving world of people who have regularly ignored, betrayed, and disobeyed him. Yet our shortcomings do not diminish the life-giving power of the forgiveness he made real for us. It is bigger than all our transgressions and fears.

About everything that makes us indignant, Jesus would say, "Forgive." That applies to Matt Taibbi, whom it is hard to treat as a gentleman, and it applies to women who make it hard to treat them as ladies. Forgiveness is something we have control over, unlike other people's shortcomings; and it is a power principle, one that invokes all the promises of God for the believer. Men and women who forgive have a godly, transformative power nothing can defeat, regardless of their economic or social circumstances.

Forgiveness doesn't mean endorsement of wrongdoing, of course, and law is a necessity for some types of problems (e.g., physical attack or intimidation). But the whole point of Jesus is that only forgiveness can break the cycle of sin and death. The principle holds in all cases: only forgiveness can halt the inexorable deterioration of personal relations between flawed human beings. There is no "price" which men and women have been put on earth to exact from each other—no justification for treating each other in a resentful, brutal, or cavalier manner. We can keep coming up with the same tired old reasons for doing so in each generation. But the only thing that can change our prospects is forgiveness. 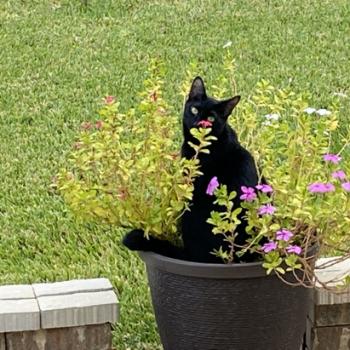 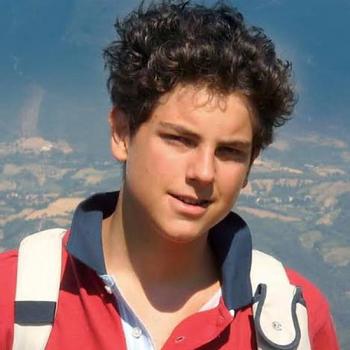 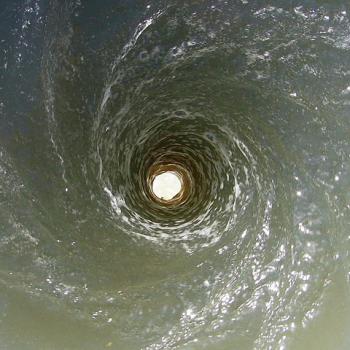 Listening to Sacred Stillness When Times Are Turbulent
Greg Richardson
4

Who won the debate? Remembering how God measures success
Jim Denison
Get Patheos Newsletters
Get the latest from Patheos by signing up for our newsletters. Try our 3 most popular, or select from our huge collection of unique and thought-provoking newsletters.
From time to time you will also receive Special Offers from our partners that help us make this content free for you. You can opt out of these offers at any time.
see our full list of newsletters
Editor's picks See all columnists