Lent and the Search for God

Note: This article is the first of a three-part series on the Revised Common Lectionary's use of the Gospel of John during Lent.

The Revised Common Lectionary (RCL) can at times confuse even its most ardent admirers. The Sundays in Lent this year are a case in point. After Epiphany immersed us for six weeks in the first chapter of Mark, we were transported to the scene of the transfiguration (Mark 9), back to Jesus' temptation (Mark 1, again) for the First Sunday in Lent, and then forward to Peter's Confession (Mark 8) for the Second Sunday.

In case we are not yet confused about where we are in the story of Jesus, devotees of the Lectionary will spend the next three weeks in John's distinctive account. Clearly, the RCL does not obey a narrative logic!

Yet there is a theological impulse that, when detected, can provide a glimpse into the heart of the Church's confession about Jesus and his cross. In this and the next two posts, I'll invite you into an exploration of John's confession of Jesus, hoping that you might encounter his significance for your own life anew. I'll arrange these reflections around responding to three questions: Where is God? What is God? And what about us?

There perhaps could be no better place to drop into the Fourth Gospel to catch a sense of John's distinct vision of Jesus than right here. All four gospels share the story of Jesus' "cleansing of the Temple." "Cleansing," of course, is a bit of a euphemism; "clearing out," "overturning," "totally disrupting," or "scandalizing everyone at worship" might be more accurate descriptions, as in each account he drives the moneychangers from the Temple through word and action.

But here's where the similarities end. In Matthew, Mark, and Luke (commonly called the "Synoptics"—which in Greek means "seen together"—because of their great similarity), Jesus clears out the Temple in the last week of his life, shortly after his triumphal entry into Jerusalem. Indeed, this act—which disrupts not only the religious establishment but also the political (which depends on the money gained through the Temple for its taxes)—is what ultimately provokes Jesus' opponents to plot his death.

In John, however, this scene comes at the very beginning of his public ministry. Could Jesus have cleared the Temple twice, as if perhaps it didn't take the first time? Possibly, but then you'd have an account of Jesus' life that none of the Evangelists offer. Far more likely is the possibility that John has rearranged this scene for theological reasons.

Notice, for instance, that in John's account, Jesus all but demands the impossible. In the Synoptics, Jesus accuses the Temple authorities and moneychangers of fraud—most likely cheating the poor—saying that they made the Temple "a den of robbers" (Mark 11:17). In John, he demands instead that they "stop making my Father's house a marketplace" (John 2:16). Yet because of the demands for sacrifice, the Temple had to be a marketplace. People simply didn't carry with them turtledoves, lambs, or other animals used at the Temple; thus, there's simply no other way to fulfill the law by to buy and sell them at the Temple.

Why, then, Jesus' demand? Because according to John's Jesus, there is no more need for a Temple at all! Jesus is the one who, close to the Father's heart, makes God's presence known (1:18). As he will say to the Samaritan women two chapters further on in John's story, "the hour is coming when you will worship the Father neither on this mountain nor in Jerusalem" (4:21). No longer will God's presence be contained in the Temple, but rather is mediated through the Word made flesh.

But why does John put this scene so early in his ministry? Because his very presence means that there is no longer need for a Temple or, indeed, for any sacrifice. As John the Baptist earlier declared, Jesus is "the lamb of God who takes away the sin of the world" (1:29). Once Jesus has made his public appearance, that is, there is no need for sacrifice, no need for a Temple, and hence no need for moneychangers.

We read this story in Lent because it points us to Jesus' cross, where we will witness the lamb of God given over for the sake of the world. As we journey toward that lonely hill outside of Jerusalem, we hear again the promise that because of Jesus and his cross, resurrection, and ascension, God's presence is no longer contained in a building because God is on the loose, wild in mercy and extravagant in grace that is now available to all. So where is God? Simple: everywhere you need God to be.

Dave Ramsey: If Stimulus Checks Help You, You Were "Pretty Much Screwed...
Beth Stoneburner
2 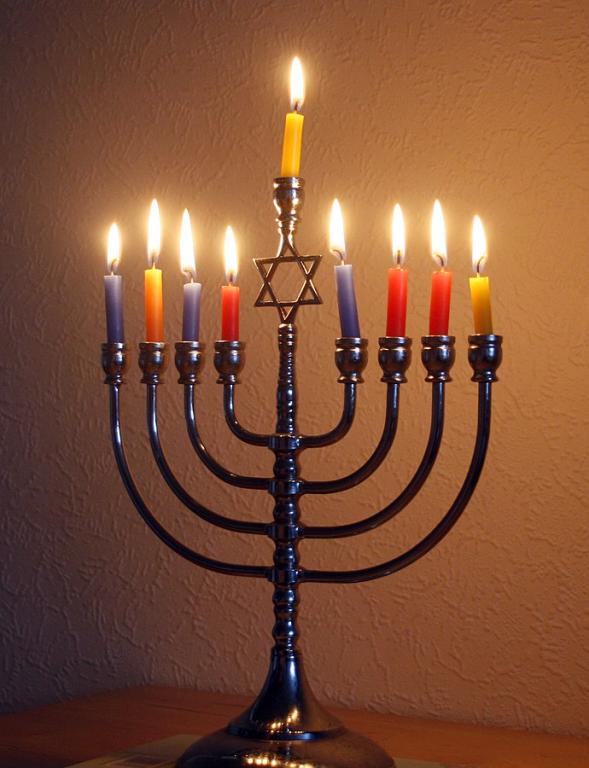