Nothing More, Nothing Less

In the previous article, we discussed the Jewish idea that while human beings certainly have Free Will, this does not necessarily mean that everything a person does is coming from their Free Will. The ramifications of the principles we are outlining here are far-reaching. After all, it means that, for all the positive things one has done in one's life, one is left to wonder how much of it was actually his choice, and how much of it was "given" to him by way of his genetic makeup and the conditions of his upbringing.

The story is told of the guy who, after 120 years, passed away. He gets upstairs and an angel asks him, "What's your name?" And he responds, "Joe." The angel says, "Ah yes, Joe, you're on the list; we've been expecting you. Go up two flights, make a left, then take a right down the hall and you will find room 328. Go in there, and that is where you'll find all of your reward for the mitzvot (commandments), Torah learning, and good deeds that you've done."

Joe thanks the angel and begins his trek toward room 328.

He starts to get nervous, thinking to himself, This is it; I know I was kind of a good guy, but then again I also messed up plenty.

Joe follows the directions given to him by the angel and, as he gets closer to room 328, his (non-existent) heart starts pounding. He arrives at the door, slowly opens it up and . . . WHAM!

There it is! A big mountain of reward!

Joe is on top of the world as he sees all the wonderful things he achieved in his life with his time here on Earth.

However, a couple of minutes later, a huge bulldozer comes along and smashes into Joe's big mountain of reward, pushing half of it away.

Joe screams out, "'No! Stop! What are you doing? You're taking away my mitzvot!" At that moment, Joe wonders, Who's driving the bulldozer anyway? He looks closely and, to his utter shock, he sees two gleeful people smiling and waving.

They say to him, "You did all of these great things, but we get some credit for them too. We raised you to be that good guy that you turned out to be. A lot of this reward belongs to us."

Joe acknowledges that what his parents are saying is in fact correct and, reluctantly, he watches as what he thought were his mitzvot are dragged away.

A few minutes pass, and Joe begins to come to terms with what he just witnessed as he looks ahead to the half-a-mountain's-worth of reward he still has left.

However, right at that moment, another bulldozer comes along—a little smaller this time—and smashes into Joe's half-mountain of reward, pushing away half of what is left.

Joe cries out, "No! Not again! Stop! What are you doing?" Who's riding this bulldozer anyway? Joe wonders. Again, Joe looks closely only to find familiar looking people gleefully smiling and waving back at him.

This time the people on the bulldozer are his teachers.

"This belongs to us, you know," they say. "We taught you. We helped you out when you needed it. We set you on your path to goodness."

This process continues until that last guy whom Joe once met on a bus and got a good piece of advice from comes along with his little sack and throws a few things in and runs off.

And, at the end of this process, what Joe is left with is what he actually put in and built himself. The effort, true personal advancement, and the striving that Joe did ultimately define who he is.

This is where Free Will comes in to play.

What did Joe actually do? What did he actually put in on his own? What did he do with what he was given? Everything else is the stage being set for greatness, but it is up to each individual to get onto that stage and be a star.

This is the individualistic relative nature of Free Will.

Everyone has Free Will in different places. Therefore, we are each to acknowledge the positive we have done while always trying to build on it, and judge others favorably and in accordance with the deeper reality that, at their core, they are a pure Godly soul.

And, in the end, the spiritual level of a person and his relationship with the Infinite will always be one and the same with the sum total of the Free Will choices that he makes under the specific conditions that he's been dealt. Nothing more, nothing less. 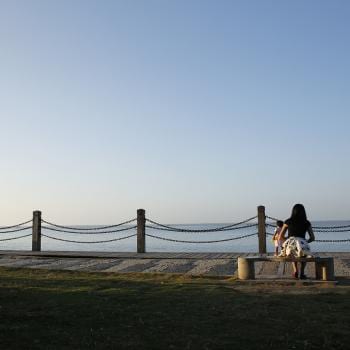 7 Blessings of the Pandemic
Redbud Writers Guild
Get Patheos Newsletters
Get the latest from Patheos by signing up for our newsletters. Try our 3 most popular, or select from our huge collection of unique and thought-provoking newsletters.
From time to time you will also receive Special Offers from our partners that help us make this content free for you. You can opt out of these offers at any time.
see our full list of newsletters
Editor's picks See all columnists