Buddhist Milestones on the Path to Gender Justice

It should come as no surprise that gender justice remains an unresolved challenge to Buddhists. This is not because Buddhism is uniquely guilty of patriarchy and the denial of respect and opportunity for women and members of LGBT communities. All of the world's religions struggle with these issues, despite the progress women and men have made to achieve equality in recent decades.

But Buddhism has unique stories to tell regarding the role of women in the dharma. No other tradition honors the relatives of its Founder for demanding and forming a monastic institution for women. And no other tradition has faithfully preserved the intimate stories of struggle and breakthrough told by these pioneering religious women. (See Susan Murcott's account in The First Buddhist Women.)

It is true that the earliest Buddhist monastic code contains rules that subordinate the nuns to the monks, and a prediction that the ordination of women will lead to a premature end to the tradition. But most commentators attribute these sayings to the misogyny of the early monks, who reflected the social values of ancient India, and not to the distinctively new message of Shakyamuni Buddha, who taught that superficial distinctions of birth, caste, wealth, power, and gender are not ultimately consequential for the spiritual life.

After centuries as a beacon and refuge for women throughout Asia, women's ordination and the bhikkhuni sangha had declined or disappeared in most countries by modern times. But who could have predicted that revivals inspired by generations of reformist women would foster the birth of such powerful global organizations as the Tzu Chi Compassion Relief Foundation of Taiwan, founded in 1966 by the thirty-year-old nun Cheng Yen; and Sakyadhītā, "Daughters of the Buddha," co-founded in Bodhgaya in 1987 by an American nun, Karma Lekshe Tsomo, and nine other ordained Buddhist women?

Today, Tzu Chi is a multi-million dollar organization, operating hospitals, schools, and media outlets and attracting hundreds of thousands of volunteers in response to natural disasters and humanitarian crises worldwide. Since 1987, Sakyadhītā's biennial gatherings have attracted thousands of Buddhist women monastics and lay activists to promote gender equality in Buddhism, to revive Buddhist women's institutions, and to provide training in conflict resolution, environmental ethics, healthcare, and human rights to girls and women of all ages in vulnerable communities.

In the West, women have assumed increasingly prominent roles as teachers and leaders in Buddhist retreat centers and temples, despite lingering prejudice and occasional abuse. Much has been accomplished and written about these trends since the 1980s, when women leaders began to gather and share experiences and resources. I will never forget the impression that four teachers made on a packed dharma hall at the Insight Meditation Society in Barre, Massachusetts in June 1978, on the first day of a fourteen-day retreat (my first). The center, only three years old, was already attracting men and women in nearly equal numbers, and the teachers -- Joseph Goldstein, Sharon Salzberg, Jack Kornfield, and Jacqueline Mandell -- represented a new generation of religious leaders. Today, Goldstein and Salzberg still anchor the regular and guest teaching roster, which comprises thirty-one males and twenty-eight females.

Another landmark in the evolution of women in American Buddhism is the founding of the Buddhist Families of Durham, North Carolina, and its founder, Rev. Sumi Loundon Kim. Before marrying Ven. Hwansoo Kim, a Korean monk whom she met in my Buddhism class at Harvard, Sumi Loundon was the editor of Blue Jean Buddha, a groundbreaking anthology by Buddhists still in their twenties and thirties. In Durham, serving now as Buddhist chaplain at Duke University, Rev. Kim responded again to the needs of members of her generation and older boomers who wanted to integrate their children into their practice of Buddhist meditation and study. While this initiative clearly benefits men, women, and children, I believe it took the foresight and determination of a woman sangha leader to see the need and find a solution.

Teaching "Buddhism and Social Change" over the past twenty years has given me the opportunity to track the hundreds of books and articles -- now websites and blogs -- related to women in Buddhism, and more broadly to Buddhism and gender. Students respond to this topic with passion and often produce term papers with an existential connection that topics in history, politics, and economics do not evoke. Among the titles that have been most helpful to students over the years, I would like to close by recommending five.

It is a blessing that all of these studies are still in print, and that some have seen updates and new editions, for they tell the story of the maturation of Buddhist attitudes and relationships at a critical time when women and men cannot afford to go their separate ways. 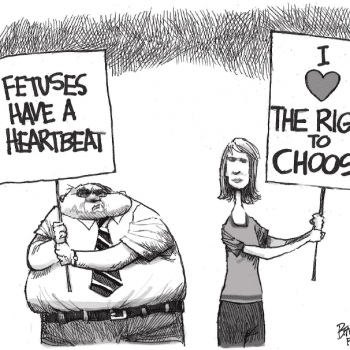 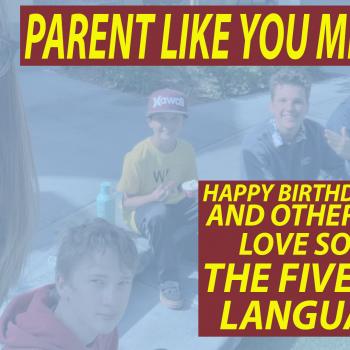 “Damn It, It’s MY Body That’s At Stake”: Autonomy, Sociality and Imperfect...
Spiritual Naturalist Society
Get Patheos Newsletters
Get the latest from Patheos by signing up for our newsletters. Try our 3 most popular, or select from our huge collection of unique and thought-provoking newsletters.
From time to time you will also receive Special Offers from our partners that help us make this content free for you. You can opt out of these offers at any time.
see our full list of newsletters
Editor's picks See all columnists