Judaism is unique in its ability to span religious, cultural, and ethnic classifications. While intermarriage, synagogue membership rates, and other results of the recent Pew study may indicate that people care less about being Jewish, I don't believe that's true. I think they just care differently.

I believe that Jewish identity is self-selecting; people can select a number of aspects by which to define their identity as a Jew (leaving aside the question of how they became Jewish, whether by birth or choice). For my Orthodox peers, ritual rules. We tend to meet at synagogues and around Shabbat and holiday tables steeped in the ritual and religious components of our Judaism. Meanwhile, for many of my young adult peers, community and culture are the most important elements. While we may also meet in the same places, we are just as likely to meet at a Sunday brunch, happy hour, an Israel rally, or social service project. To each set of peers, they are living Jewishly in a way that is meaningful to them.

Regardless of how Judaism is practiced by my peers, it is definitely part of our lives and I have to believe that it will be a part of our children's lives. For some that may mean day schools, camps, Shabbat meals, regular synagogue attendance, and for others it may mean none of those. But there will be some part of Jewish identity as a component of their lives. However, in order for this to continue for many generations, there must be education on some level.

I don't believe that the future of Jewish continuity requires formal education in a day school, synagogue religious school, or year program in Israel. Experiential education like youth groups and college campus groups have the potential to make a strong impact. Jewish youth have to know that they have options for identity, and that while eating bagels for Sunday brunch can be a part of that, there are many more culturally and religiously rich options to add to how they identify. Just because my generation has made its choices, does not mean that those will be the same choices for our children and grandchildren.

It is always hard to predict what the future holds, but I hope that the current diversity of Jewish identity and the ongoing efforts of Jewish educators are able to create future generations of empowered Jews—Jews who believe that they can define their expression of Judaism and have a say in what their path looks like. As a future member of the Orthodox clergy, I hope that there is a return to more traditional practice, but am realistic enough to know that it is not a life for everyone. I would rather have people living in a way that is true to themselves than forcing everyone into the path that I have chosen to define my identity. Most importantly, I hope that in fifty or one hundred years we are still asking the same questions and wondering what Judaism will look like for the future generations. 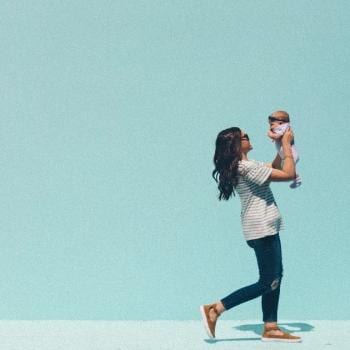 The Sign of the Covenant: A Biblical Defense of Infant Baptism
Jack Lee
3

Our Church Council Reflects On Being "Lutheran"
Clint Schnekloth
Get Patheos Newsletters
Get the latest from Patheos by signing up for our newsletters. Try our 3 most popular, or select from our huge collection of unique and thought-provoking newsletters.
From time to time you will also receive Special Offers from our partners that help us make this content free for you. You can opt out of these offers at any time.
see our full list of newsletters
Editor's picks See all columnists