Who's Got the Power? Reclaiming the Authority of the Bible

Has it ever occurred to you that many debates about the authority of the Bible might be barking up the wrong tree? That happens, for instance, when people debate how much authority the Bible should have. For fundamentalists the answer would likely be "as close to 100 percent as possible." Liberals often respond by engaging in a tug-of-war, with some giving rather low percentage figures for the authority of the Bible. Progressives have other options to which we will come back in a moment.

In real life, proclamations about how much authority the Bible should have do not amount to much. Fundamentalists hardly take the authority of the Bible as seriously as they claim, especially when it comes to the thousands of biblical teachings about justice and poverty, or to the many biblical reversals of top-down power. That the last shall be the first is a common theme in both testaments of the Bible but not commonly discussed in fundamentalist circles.

Rather than asking how much authority the Bible should have in an ideal world, a better question would be what role the Bible actually plays in people's lives. Let's talk about what difference the Bible really makes. When the question is posed in this way, the discussion begins to shift, sometimes in surprising ways.

In many classical liberal approaches, the role of the Bible has been toned down on purpose. Fed up with conservative claims about the absolute authority of the Bible, which eliminate any sort of reflection, many liberal Christians reject authority talk altogether. As a result, liberals often address how the Bible endorses and supports them in their ways of life, rather than its challenges. Theologians in this tradition tend to emphasize the non-literal nature of the biblical texts and the need to "demythologize" ancient texts so as to make them more palatable to modern readers. The problem with this sort of approach, of course, is that readings of the Bible that skirt challenges tend to function mostly in support of a predetermined status quo.

Nevertheless, conservatives who make strong claims about the authority of the Bible have demonstrated little ability to challenge the status quo either. Conservative notions of family values, for instance, oddly overlook Jesus' prominent critiques of the traditional family. Conservative images of women as stay-at-home housewives do not really emerge from the Bible but from historical conditions established as recently as the 19th century. Here, the authority of the Bible is used to sanctify another predetermined status quo and to uphold dominant power structures. The same is true for matters as trivial as dress codes and as momentous as the absolute ownership of private property, the latter being commonly endorsed by conservative Christianity but challenged in many biblical traditions that claim the earth as belonging to God.

A first step toward creating a situation in which the Bible might make an actual difference would be to take a deeper look at the powers that be (which both liberals and conservatives take for granted in their own ways) and to consider the possibility that real alternatives may exist and develop. This is one of the key concerns that progressive Christians bring to the table.

We can reclaim the authority of the Bible when we realize, for instance, that not even the most powerful empires, including current forms of capitalism, have the last word. Here, alternative biblical visions finally get a chance to transform us, from the visions of liberation promoted in the Jubilee Year in Leviticus 25, to accounts of the communities that Jesus organized where the last were indeed the first and the first were the last. Or, if we realize that the status quo of the concentration of wealth, privilege, and power in the hands of a few does not need to have the last word, alternative biblical visions of power that organizes itself in adverse situations (even on a cross) might make a real difference.

In conclusion, a truly progressive position brings together both a deeper awareness of how the powers that be hold us back and a more astute sense for possible alternatives (see Rieger, Christ and Empire, 2007). In these progressive efforts we need all the help we can get. There is little hope that we can pull ourselves up by our own bootstraps, and so the ancient wisdom of the Bible is a most welcome guide, especially where it was honed in similar conflicts with empires and the status quo. To be sure: this is not just wishful thinking or a pious dream. Despite much misuse, the Bible has demonstrated its authority in the ability to make a difference in movements of liberation through the ages. As Latin American Liberation Theologian Gustavo Gutiérrez once put it: "We indeed read the Bible, but we can also say that the Bible 'reads us.'" 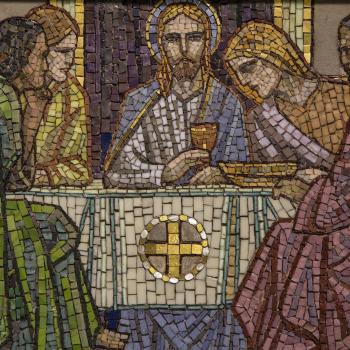 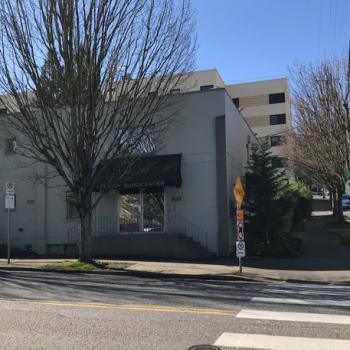 God Answers Decades of Prayer: The Closure of Portland’s Lovejoy Abortion...
Randy Alcorn
Get Patheos Newsletters
Get the latest from Patheos by signing up for our newsletters. Try our 3 most popular, or select from our huge collection of unique and thought-provoking newsletters.
From time to time you will also receive Special Offers from our partners that help us make this content free for you. You can opt out of these offers at any time.
see our full list of newsletters
Editor's picks See all columnists