From Charity to Advocacy and Deep Solidarity

While charitable giving is widely appreciated, it is neither the only nor the most faithful response to the problems of the world. To put it bluntly: Jesus preached good news to the poor and freedom to the oppressed rather than charity (Matthew 11:5; Luke 4:18). What is good news to the poor? Is it that they can expect to be the recipients of handouts and donations? Or is it that they will no longer be poor?

To be sure, charity is one place where we can start addressing the problems of the world. Charitable giving and charitable acts can provide helpful services that relieve suffering to some degree and sometimes even save lives. Giving to the poor is also one part of Jesus' message (Matthew 6:1-4). Charitable giving, however, rarely addresses the causes that keep people in poverty and subjugation.

Charity is most powerful when it does not remain a one-way street. When the eyes of those who engage in charity are opened to the causes of the problems they are trying to address, we move one step closer to good news to the poor. That this step is a move in the right direction is evidenced by pushback. As Dom Hélder Câmara, a former Brazilian bishop, once put it: "When I give food to the poor, they call me a saint. When I ask why they are poor, they call me a communist."

Charity that is tied to a deeper understanding of the problems of the world often leads to advocacy, which means speaking out against the injustices at the root of our problems. Such advocacy is solidly grounded in many religious traditions and it might constitute a more faithful approach. The prophets of the Hebrew Bible speak out against injustice, challenging those who "trample on the poor and take from them levies of grain" (Amos 5:11). Mary, the mother of Jesus, speaks of God's advocacy when she proclaims that the God who lifts up the lowly pushes the powerful from their thrones and fills the hungry with good things while sending the rich away empty (Luke 1:52-53).

Dealing with the problems in this way brings us one step closer to bringing good news to the poor, although there are also some limits to advocacy. Advocates sometimes overestimate their own power, acting as if they could solve the problems alone.

Jesus preaches and embodies good news to the poor by engaging in what I have been calling "deep solidarity" (Joerg Rieger, ed., Religion, Theology and Class, Palgrave Macmillan, 2013). The message of Amos and Mary can also be interpreted in this way. Deep solidarity includes both charity and advocacy, but it reaches further. This is perhaps the most faithful response yet.

Deep solidarity is not a matter of the privileged trying to help the underprivileged and to solve their problems; rather, it is a matter of understanding that nothing will change unless we are addressing the problems of the world together. And deep solidarity is the recognition that we might be in the same boat.

Mary provides a first example. She understands that she is one of the lowly and she sides with them. Jesus, likewise, never renounces his lowly beginnings as a construction worker born in a barn. His ministry takes place in solidarity with the people. Amos, too, is not afraid to side with those who are getting a raw deal in his time.

Perhaps the most telling embodiment of deep solidarity is Moses. Raised as an Egyptian prince, Moses wakes up when he sees Hebrew slaves being abused by their taskmasters. Later, when he hears God's voice from the burning bush, Moses accepts the charge to join the solidarity movement of God and slaves, working for liberation (Exodus 3:1-12). As a result, good news is brought to the poor.

Where does that leave those of us who engage in charitable giving and advocacy? Deep solidarity puts us in a mutual relationship with those we intend to support, helping us realize how much we share in common. In the current economic climate, even the middle class is waking up to the fact that the problems of the world are no longer passing us by as our children, our parents, and our communities are taking hits, as are more and more of us.

The ever-growing need for charity should make us aware the extent of the problem and that there is no easy fix. In Dallas, Texas, 38 percent of all children now live below the poverty line. And even college graduates find it more difficult than ever to find and keep a job and pay off their burdening debt. As we begin to address these problems together, our differences do not fade away but can be put to use productively.

Those who are experiencing the problems of our time in the most severe ways — like the mass of children in poverty and their families — can help us see what is really going on. Their perspective can serve as a lens that helps us see how our stories are connected: low-wage work depresses all wages; fear of deportation creates easy opportunities for worker rights violations that creep into all job sectors, to name just a few examples. Those of us who still enjoy some limited privileges can now begin putting them to use for the community rather than for our own personal benefit.

In case you wonder, the 1 percent are not excluded from all of this but are invited to take the side of those who are struggling. If our Abrahamic religious traditions are right, God does so as well. 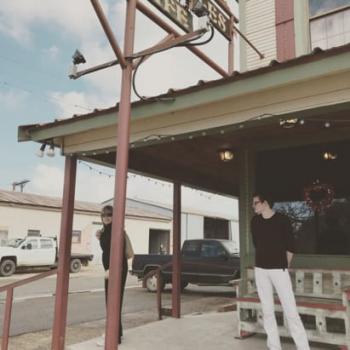 A Utopia that is Someplace for Us (Epiphany)
John Mark N. Reynolds
2 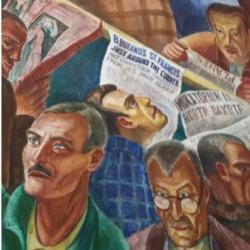 When words kill a culture: The vigilantes of vocabulary
David Rupert
4 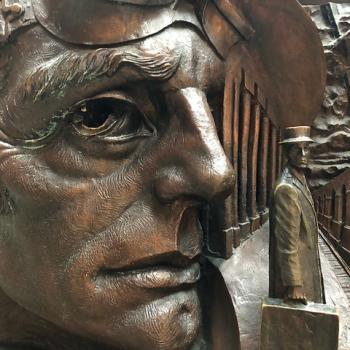 Listening to Sacred Stillness: Watching and Waiting
Greg Richardson
Get Patheos Newsletters
Get the latest from Patheos by signing up for our newsletters. Try our 3 most popular, or select from our huge collection of unique and thought-provoking newsletters.
From time to time you will also receive Special Offers from our partners that help us make this content free for you. You can opt out of these offers at any time.
see our full list of newsletters
Editor's picks See all columnists