A Patheos FAQ on Holy Week and Easter

The Saturday of Holy Week is often called Holy Saturday. It is a time of silence, waiting, mourning, and fasting. It ends at dusk, when the Easter Vigil begins. Christians gather in a darkened church, light the paschal fire, and begin the long worship service of recounting the salvation history from creation through the prophets and culminating in the work of Christ. The Easter proclamation — Christ is risen! — ends the time of mourning.

The time from Maundy Thursday until the evening of Easter Sunday is often called the Triduum — the three holy days of Jesus' passion, death, and resurrection. While Lent technically ends with the Maundy Thursday service, Lenten practices are continued until the Easter Vigil.

Why do Christians call the Friday before Easter "Good Friday"?

While it can seem odd to call a day "good" when it commemorates a violent and tragic death, Christians have traditionally recognized that the death of Jesus Christ accomplishes a great victory. Christianity teaches that Jesus was glorified, or made triumphant, by voluntarily laying down his life, without resistance, and that as he did so, he absorbed in some way the evil of this world and conquered it. For this reason, Christians both mourn the suffering and death of Christ, and yet honor him as a Victor over all.

Did these things really happen?

Christianity has traditionally taught that the events of Easter are historically true. Some Christians today teach that they are not literally true, but that Jesus' spirit and presence were made alive to his followers though his body was not. The question of the physical reality of the Resurrection is debated among some Christians, and others feel it is not important to the meaning of the holiday.

Biblical Authority amidst American Christian Division: From the Civil War to...
Daniel Williams
2

Semites and/or Egyptians in the Pre-Columbian New World?
Dan Peterson
3 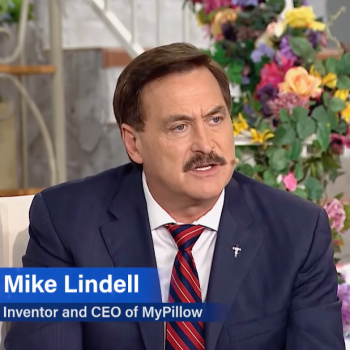 About Kathleen A. Mulhern
Kathleen Mulhern teaches in the areas of Church History and Spiritual Formation at Denver Seminary and blogs at Dry Bones.
Get Patheos Newsletters
Get the latest from Patheos by signing up for our newsletters. Try our 3 most popular, or select from our huge collection of unique and thought-provoking newsletters.
From time to time you will also receive Special Offers from our partners that help us make this content free for you. You can opt out of these offers at any time.
see our full list of newsletters