What Is Sharia Law? 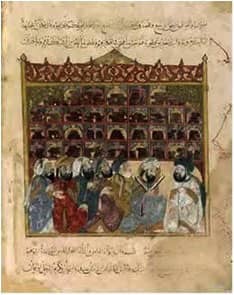 Sharia can be thought of as the canonical law of Islam. Functionally it expresses the ethical and moral commitments that regulate the daily lives of Muslims, irrespective of the political realities under which Muslims live.

Muslim theologians have categorized the ethical mandates contained in sharia according to importance: the obligatory (wajib); the prohibited (haram); the supererogatory (mandub); the disfavored (makruh); and the indifferent (mubah).

Sharia is not a monolithic system but an evolving, highly interpretive guide to living as a Muslim that is applied in a discretionary fashion by practitioners all over the world. Many practices attributed to sharia are actually tribal, cultural, or historical practices that have no source in sharia or the Quran. The vast majority of religiously adherent Muslims have never studied sharia.

Sharia law deals primarily with Muslim customs and mores, including diet, dress, prayer, burial rituals, marriage contracts and divorce procedures, charitable giving, etc. Most believers have the freedom to apply sharia according to their circumstances, and sharia is not commonly used as the source of legal code in most Muslim nations.

There are nearly fifty nations in the world in which Muslims comprise at least 50 percent of the population. Some of these nations are secular, meaning they do not allow religious law to shape national law. In these nations, the implementation of sharia is a personal matter. Some of these nations have a constitutional government, but have allowed their legal codes to be strongly influenced by sharia. Some nations offer sharia law for their Muslim citizens but do not impose it on non-Muslim citizens. Only a few use the sharia as interpreted by their religious scholars to guide their societies. None of them implement sharia in its totality in all spheres of life. Most Muslims around the world apply only the personal religious elements -- and not the political or legal elements -- of sharia to their own lives.

Some citizens of Western nations believe that Muslims want to impose sharia law on their countries. There are undoubtedly cases of extremists who, as an avenue of pursuing the imposition of sharia, have lobbied for a "parallel sharia," that is, a legally established secondary course of law as prescribed by sharia so that Muslims may have recourse to their own standards rather than the democratically established laws of the nations in which they live. The vast majority of Muslims in the world reject the imposition of sharia on non-Muslim cultures, countries, and citizenries.

In the aftermath of 9/11, many Americans have become concerned about Islamist aggression and the fear that Muslims intend to impose sharia law on the entire nation. Their fear has occasionally been fueled by a small number of European leaders whose rhetoric has encouraged the possibility of establishing sharia as a legal recourse for Muslim citizens. The beginning of the 2012 campaign season has drawn out a number of politicians who have made inflammatory comments that discriminate against Muslims.

"Sharia Is Not What You Think It Is" (Abdul Malik Mujahid, Patheos.com)