Faith and Politics: Calling Attention to the Magician's Tricks

The crude behavior and xenophobic rhetoric of candidate Trump is not an anomaly. Donald Trump's presidential campaign is exactly what we should have expected, given the nature of the entertainment-driven circus that is American electoral politics. Our nation's political discourse on internet blogs, cable news, and even presidential debates is more akin to a reality show than an effort to achieve consensus through rational debate within the "public square."

As political theorist Sheldon Wolin pointed out, the organization of campaigns, the formulation of public policies in think tanks and private foundations and organizations such as ALEC, depend upon huge concentrations of money that only corporations and a few private individuals can command. The current "talking points" that purport to represent conservative and liberal policy priorities have been hammered out behind closed doors, with talking points designed to appeal to voters' fears, prejudices, and sense of outrage. As a result, Wolin argues, the "democratic" citizen has been reduced to the status of voter who is courted and manipulated but only allowed cameo appearances scripted by political opinion-makers. American "democracy," he argues, is not really "representative democracy," but, rather, is based on various representations of democracy: public opinion polls, electronic town meetings, and elections.

It is time for persons of Christian faith to refuse to be caught up in this charade by assuming that Christian political engagement means choosing which major political party to align ourselves with, as if the American political spectrum sets the terms for public moral discourse. We should not allow our imaginations to be constrained by the cramped binary framing of issues characteristic of the two-party monopoly.

Why have we been so vulnerable to this captivity of our moral imagination? For too long, too many of us have assumed that this is "our" culture, that there is a deep compatibility between the culture and politics of the United States and the Christian faith.

Perhaps Christians will render the greatest service to the quality of moral deliberation about political issues in the United States when we recover, in the words of Eugene McCarraher, the church's true mission as "the annunciation and performance of the new order inaugurated in the death and resurrection of Christ." We need to re-imagine themselves as citizens of another social order, the Kingdom of God, with values that will never quite fit comfortably into any human political order. If we derive our identity and fundamental moral vision from Jesus' priorities — such as peacemaking, the repudiation of quests for domination and wealth, and concern for the world's most destitute persons — we will never fit comfortably into a society that venerates the wealthy, considers poverty to be moral failure, and maintains an increasingly harsh and punitive criminal justice system, especially for the poor and racial minorities.

The disengagement that results from cultivating a stronger sense that we do not fit in so well here may, ironically, make possible deeper levels of meaningful political engagement. We might start asking profound questions that are informed by a deeply Christian moral vision, but are potentially meaningful to persons who may not share our faith commitments. These are the kinds of questions our political rhetoric ignores or represses. I will offer a few examples:

Why was there such outrage because the President's recent trip to Hiroshima might have given the appearance of an apology he did not in fact deliver? After all, the use of a nuclear weapon, which inevitably targets civilian populations, violates the Just War Theory. Why are some Americans so invested in the belief that our nation is innocent and unimpeachably righteous? The Christian faith emphasizes the universality of sin and therefore, the impossibility that any human project could escape the sinfulness of the human condition. Does this anger disclose the idolatrous notion that the United States is not a human project, but a quasi-divine moral authority beyond moral censure? But, we might ask, it not possible to love one's nation deeply and yet face honestly past and present moral failures?

At present, our only shared value seems to be a commitment to individual liberty in the marketplace or in one's personal life. But it needs to be asked whether a commitment to individual liberty alone is conducive to human flourishing in a good society. This is urgent at a moment when our economic system is not generating enough family-supporting jobs and far too many families feature two breadwinners, both working full-time in low-wage jobs, one missed paycheck or serious illness away from poverty. Was the market created for humans or humans for the market? Is a good society one where persons are at the mercy of the "creative destruction" of unstable global markets and rapid technological change or is a good society one where mechanisms exist to make access to family-supporting jobs available to all while also holding persons accountable to work? What moral values should Christians glean from the provisions in the Old Testament that were designed so that everyone had access to livelihood? 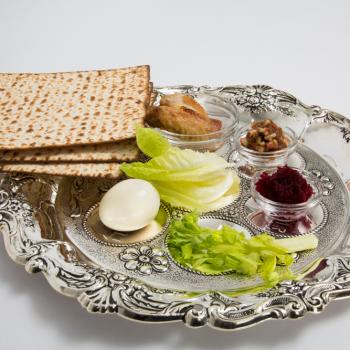 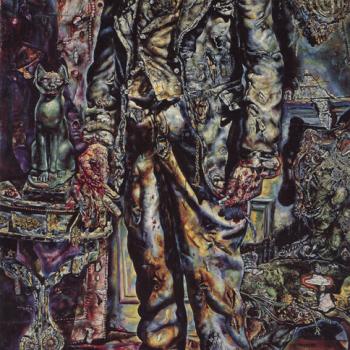 Dorian Gray In the Heart of Munich
Anthony Costello
Get Patheos Newsletters
Get the latest from Patheos by signing up for our newsletters. Try our 3 most popular, or select from our huge collection of unique and thought-provoking newsletters.
From time to time you will also receive Special Offers from our partners that help us make this content free for you. You can opt out of these offers at any time.
see our full list of newsletters
Editor's picks See all columnists