Faith and Reason Wrestle with Santa Claus and Curtain Aurora

Julia M.: I think that Santa Claus is really fast 'cause I noticed that when I woke up at 12 o'clock midnight when I was in Texas with my poppa and grandma, I noticed that Santa was fast cause I only saw his boot sticking out from the fireplace.

Devon: I totally disagree with Emery 'cause Santa can't turn into jelly…

Miles: … 'cause people would slip on the ground…

Devon: …and when you walked down the stairs to get a little snack and the Christmas tree was right there and you see all this jelly on the front of the door…

Izzy: I disagree with Emery because then when I wake up in the morning I would see a little bit of jelly still on my door and I think if Santa is real there's a couple different Santas.

Alexander: I think Santa's real because one time I really saw him, not jelly, when he was going down the chimney and I saw him.

Garret: I totally disagree with Emery because if he turned into jelly and delivered your presents, there would be jelly on your presents and they would be all slobbery.

Emery: I disagree with myself because I changed my mind and I never found jelly on my presents or on the floor. Just about the jelly.

Emery became one of my theological heroes, not because of the jelly, which everybody found so compelling, but because she disagreed with herself. We're all trying to integrate wisdom received, wisdom built from experience, wisdom intimated by sources unknowable. We're all trying to make sense, wrestling again with Jacob's angel. Or we're sleeping.

The wisdom and folly of children resemble ours in their contours. We long for what they long for, and our amassed experience may heighten our bias as much as it deepens our insight. The contest calls for vigilance (as St. Paul and many others warn). Friends can provide some of that.

On Facebook, my friend re-posted this image, saying only, "Exquisite." The caption read: "Very Sharply Defined Rare White Curtain Auroras Seen Over Finland — White Northern Lights in Finland — isn't it amazing that this kind of stuff is real?"

MO      It's been posted a bunch of times before. If you look at the photos on the site, you can even see the outline of a person in some of the images.

JVT      It/They does/do according to that great authority, Wikipedia.

MI      Curtain auroras do exist, but no pictures I can find match these pictures for sharpness and precision. Auroras take place high above the earth — 60 to 200 miles; it's hard to believe that something that high would be so sharply defined. That plus what looks like camera artifacts makes me suspicious. Most of the Google hits on "curtain auroras" point to these pictures, and date no earlier than a couple of weeks ago.

MO      Notice how the "auroras" are sometimes in front of the power lines.

MI      I did a Tineye search on one of these images — they were much passed around on Tumbler last year.

MI      Further down in the comments there is a note to the effect that these are stills from an art installation, and that the images "mutated" — by the addition of a false caption — on Reddit. Sounds plausible.

MI      Here's the original making of the image. This makes perfect sense! These fellows are twirling fluorescent lights underneath high tension wires. 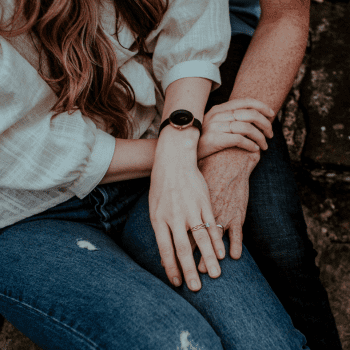 We Should Call This Week Protest Week
Clint Schnekloth
Get Patheos Newsletters
Get the latest from Patheos by signing up for our newsletters. Try our 3 most popular, or select from our huge collection of unique and thought-provoking newsletters.
From time to time you will also receive Special Offers from our partners that help us make this content free for you. You can opt out of these offers at any time.
see our full list of newsletters
Editor's picks See all columnists