Faith and Reason: A Jewish and Philosophical Basis

Is faith reasonable? For me, the answer is yes — faith can be and is reasonable. I think one can make a strong philosophical case for God's existence, and a plausible case for divine revelation as found in the Hebrew Bible. The case is certainly compelling enough for me to accept Judaism as true and to live by its precepts.

One need not look far in classical Jewish sources for a reason-based approach to religion. There is an old Jewish tradition that Abraham discovered God by means of reason (Bereshis Rabbah 39:1). The great medieval Jewish scholar Maimonides (b. 1135) took this tradition to mean that Abraham was a great philosopher who abandoned his polytheistic upbringing for monotheism by means of argumentation. This was so central to Maimonides that he opened his chapter on the laws against idol worship expounding upon this idea. The implication is clear: a rational person will accept monotheism and reject idolatry.

Another great example is the medieval ethics classic Duties of the Heart, written by Rabbeinu Bachya Ibn Paquda, which opens with a chapter on philosophy. It states that before a person can live a righteous and moral life devoted to God, he is first obliged to use reason to establish the truth of God's existence and unity. To Rabbeinu Bachya, the prerequisite for proper moral conduct is knowledge of God through reason.

This does not mean that historically, all Jewish scholars have promoted a philosophically-based Judaism. Like its sister faiths, Christianity and Islam, Judaism has had a multitude of approaches to faith and reason, not all as encouraging as the one laid out above. Nonetheless, a reason-based faith has its supporters among some of the greatest scholars in Jewish history. This certainly creates historical justification for modern Jews to adopt a rational approach to their religion.

Medieval Jewish philosophy alone might justify a Jew's engagement in philosophy, but in and of itself, it does not give the modern Jew arguments for why religion is reasonable. This is because most of the pre-modern and medieval arguments in favor of religion have either been refuted or are in desperate need of refurbishment. Therefore, although these works have value for current study, our philosophical emphasis should be on the modern philosophy of religion.

In recent times, we have seen updated versions of the classical arguments for God's existence, such as the teleological, cosmological, and even ontological arguments. We have also seen many new arguments, such as the fine tuning argument based on modern cosmology. Another new development is that a philosophical case has been made that belief in God is properly basic. This would mean that individuals are warranted in believing in God without appeal to further arguments, just as, for example, belief in the existence of other minds can also be considered a properly basic belief.

All of these arguments are defended on the highest academic levels. Philosophers such as Alvin Plantinga, Richard Swinburne, Alexander Pruss, and William Lane Craig have placed philosophical justification for faith back on the map. Jewish thinkers such as Jerome Gellman or the late philosopher Rabbi George Schlesinger have done tremendous work in this field. We see young and upcoming Jewish philosophers such as Sam Lebens, Tyron Goldschmidt, and Aaron Segal working in these areas as well as the birth of organizations with great potential, such as the Association for the Philosophy of Judaism. The future of a reason-based approach to religion could be very bright for both the Jewish and general communities. But such a bright future would depend on average believers not only knowing of and valuing these disciplines, but also putting in some mental work to understand it properly.

I must qualify that this renaissance in the analytic philosophy of religion doesn't mean that religion is so obviously true that only a fool would deny it. Great minds have argued against the above discussed arguments and propositions. I am not talking about popular antagonists against religion spouting rhetoric; I am referring to serious atheist and agnostic philosophers who have examined the material and found it unsatisfying and inconclusive. Although I think the case for God is powerful, clearly not everyone agrees. An intellectually honest person would have to look at the evidence and see where it leads. 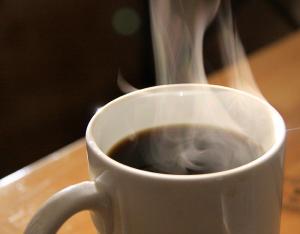 Being Lighter than Here
Sherry Antonetti
About
Get Patheos Newsletters
Get the latest from Patheos by signing up for our newsletters. Try our 3 most popular, or select from our huge collection of unique and thought-provoking newsletters.
From time to time you will also receive Special Offers from our partners that help us make this content free for you. You can opt out of these offers at any time.
see our full list of newsletters