In recent weeks, the public reflections by three leading Christian spokesmen—each at different stations in life and with differing proximities to political power from a decade ago—have prompted good reason to reconsider how as Christian citizens we ought to engage with the public square. What norms should guide this engagement?

Consider their reflections. Billy Graham reports that, if there were one thing he could go back and do differently, "I ... would have steered clear of politics." Pope Francis has suggested that, in today's contentious cultural climate, the Catholic Church must find a "new balance" between its spiritual and political missions, lest its moral foundation "fall like a house of cards." And Russell Moore says today's church leaders should focus on being "winsome, kind, and empathetic," realizing that although "we are involved in the political process, we must always be wary of being co-opted by it."

There are insights in each of these claims, each coming from leaders of tremendous influence. But what enduring norms should guide Millennials who want to be Christians first and citizens second—and yet take seriously the amazing privilege of shaping our nation's future? The question is often about how hard to strive, how to tilt public policy or an election in one direction rather than another.

Today's college grads should think in terms of a decades-long engagement with civic and political life, even if it often seems broken. What principles can guide the way?

1) It depends in part upon your calling. If God gives you a passion for public life, elections, and policymaking, this is a clue. We sorely need wise, godly public engagement—especially when so many people in the policy arena fail to see value in life beyond politics (family, church, and civil society), or fail to perceive the reality of the future kingdom, as Rev. Graham reminds us.

2) To vote well, we need to be informed about the issues shaping our future. In America today we face unprecedented federal debt and entitlement liabilities. A fundamental divide exists between statist and civil society approaches to poverty. Millions of Americans differ on the social issues—especially life, marriage, and religious liberty. Christians need to think through these issues carefully, and consider how their vote impacts real people over time.

3) Subsidiarity and solidarity help guide the way. Whenever possible, we are called to work on problems at a local level, having compassion for the vulnerable. This is especially important for those working in Washington, and those vocationally engaged in the battle of ideas. These guidelines from the Center for Public Justice can help guide our thinking, and whenever possible we should ground our best ideas in personal relationships at the local level.

4) Economics impacts everyday life more than we often think it does. I've seen this first hand in work on AEI's Values & Capitalism project, which engages directly with Christian college students and professors. On many of these campuses there is widespread misunderstanding about the relationship between biblical principles and the economy. Wiser thinking can and should guide us—and a new 32-page Economic Wisdom publication offers practical, enduring insights that can inform any of us as citizens.

5) So should we pull back? This strikes me as the wrong question, falling prey to the "all or nothing" fallacy, which makes either an idol of politics or recommends full withdrawal from political engagement.

A preferable question is to ask: How do we rightly engage the public square in ways that recognize Christ as Lord of all, including politics as well as all other human institutions? Those whose true identity is in Christ are free to plod steadily, consistently, and humbly along—sowing seeds faithfully as educators, writers, lobbyists, congregational leaders, and intellectuals.

Worthy examples are all around us, but we need eyes of faith to see and learn from them. Ironically, as the final portion of 1 Corinthians 15 suggests, those who grasp the reality of the city still to come are often more effective in the City of Man and its public square. 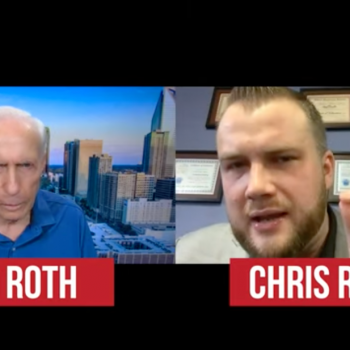 Here's How a Christian "Prophet" Made Some Hyper-Specific, Accurate...
Hemant Mehta
2

Must We Speak No Ill of the Dead?
John Beckett
4 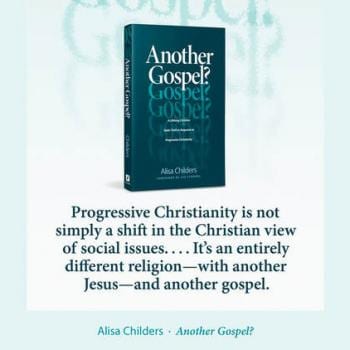 Alisa Childers on Doubt, Progressive Christianity, and Rediscovering the Solid...
Randy Alcorn
Get Patheos Newsletters
Get the latest from Patheos by signing up for our newsletters. Try our 3 most popular, or select from our huge collection of unique and thought-provoking newsletters.
From time to time you will also receive Special Offers from our partners that help us make this content free for you. You can opt out of these offers at any time.
see our full list of newsletters
Editor's picks See all columnists