Jainism is an ancient, non-theistic tradition rooted in India whose 2500-year recorded history is characterized by a remarkable commitment to non-harm, or ahiṃsā, toward people, plants, animals, and oneself. Jains affirm responsive and perceptive modes within every living being, and subsequently assert the importance of taking these multiple perspectives into account when describing or interacting with any aspect of reality. No single view is adequate.

As a small, but influential, community in India — only 4.5 million global adherents to Hinduism's 900 million — Jains have had significant impact on the subcontinent. From their emphasis on vegetarianism, to Gandhi's adoption of ahiṃsā as the central strategy in Indian independence, to the many Jain-run schools, medical clinics, and animal hospitals throughout the country, Jains have made an indelible imprint on Indian life and thought. Although the majority of Jains live in India, diaspora communities now flourish in Europe and North America.

Jains began immigrating to the United States in the late 19th century, but only established self-sustaining communities in the 1970s when U.S. and Canadian immigration laws opened to Asians. Communities were further enriched by the presence of Jain monastic leaders, who broke with traditional travel bans to establish Jain centers in the U.S. In 1980, Ācārya Tulsī, a leader of one distinct ascetic lineage, introduced a new category of novice mendicants who were permitted to travel by airplane. This decision not only built a bridge between Indian and U.S. Jain communities, but also exemplified a modernist shift in Jains willing to modify orthodox ethics and practice for changing contexts.

Presently there are seventy Jain centers and twenty temples in the U.S. with loose estimates of 100,000 members. Although Jains in India are a diverse group distinguished by geographical region, language, and sectarian ascetic lineages, U.S. Jains share common centers that integrate a variety of communities beyond these historic identity markers. Some centers even share space with Hindu communities. Jains are further unified by umbrella organizations such as The Federation of Jains in North America (JAINA, est. 1981) and Young Jains of America (YJA, est. 1991) whose respective mandates aim to preserve and share Jain philosophy and practice in a non-Indian context.

The future of Jainism in the United States will certainly be shaped by these mandates that recast orthodox interpretations of Jainism in universal terms and with a spirit of social engagement. Orthodox Jain philosophy centers on renunciation and detachment from worldly desires in order to better practice non-harm to others and to the self. The ultimate goal in the Jain way of life is to become a kevalin, an entity who has overcome the karmic veil of ignorance and fully perceives the multiplicity and modes of the universe in an isolated state. Although this path is characterized by respect and compassion for all living beings, U.S. Jains have transformed this ethos further to an overt practice of social activism.

Second-generation Jains, especially, often distance themselves from the castes, sects, and rituals of Indian-based Jainism. Instead, they seek to adapt the principles of care for organisms, plants, animals, and all people inherent in their tradition to a public stance on vegetarianism (and increasingly veganism), environmental advocacy, meditation, civic and gender equality, interfaith alliances, and community service.

This social engagement is also reflected in U.S. Jain education. The tradition of pāṭhśālās, or religious learning schools, reflect modern Jain ideals in which Jain children fuse classical narratives with experimental practices. Jains are intensifying their presence in higher education as well, a development fueled, in part, by the International School for Jain Studies (ISJS) that has offered summer fellowships in India to North American and European academics since 2006. Many of these academics have integrated Jain thought into their teaching and writing, and new programs such as the Teaching for Peace study term for K-12 teachers have emerged from this synthesis. Alongside ethnic Jain scholars, a critical mass of educators now offer courses throughout the country and Jain studies programs exist at Loyola Marymount University, Virginia Commonwealth University, University of North Texas, and Florida International University, among others.

JAINA has currently launched a Long Range Planning Committee to establish an agenda for strengthening the diaspora Jain community internally and deepening its cultural influence in North America and India. The committee's "Jain Vision 2020" is rooted in three core concepts: nonviolence (ahiṃsā), non-possessiveness (aparigraha), and non-one-sided view (anekāntavāda), which they see as particularly salient for addressing climate issues, international conflicts, and social ills such as poverty, enculturated violence, and discrimination. Some of their specific initiatives include: renewing existing rituals and creating new rituals for a younger generation; having 25 percent of the Jain community commit to avoiding silk, leather, and animal-tested products; increasing outreach for non-Jains who marry Jains; and developing alliances with organizations with overlapping interests such as humane societies, educational institutions, and multi-religious groups. 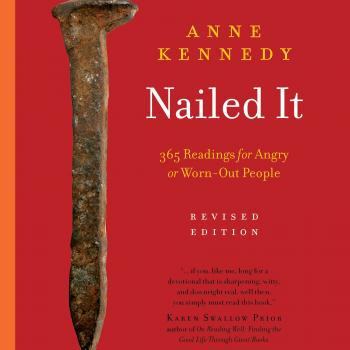 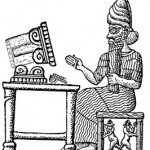 Kenneth Copeland: Christians Who Don't Vote for Trump Are "Guilty of Murder"
Hemant Mehta
Get Patheos Newsletters
Get the latest from Patheos by signing up for our newsletters. Try our 3 most popular, or select from our huge collection of unique and thought-provoking newsletters.
From time to time you will also receive Special Offers from our partners that help us make this content free for you. You can opt out of these offers at any time.
see our full list of newsletters
Editor's picks See all columnists