Evangelicalism is best understood as a renewal movement within the one, holy, catholic, and apostolic church. Across time, evangelicals have drawn deeply from four wells of Christian wisdom: the Christological and Trinitarian faith of the undivided church prior to 1054; the Protestant Reformation, especially its emphasis on the authority of the Bible and justification by grace alone through faith alone; the transatlantic awakenings exemplified by Whitefield, Edwards, and the Wesleys; and the missional stirrings of the Spirit throughout the globe inclusive of puritanism, pietism, and Pentecostalism.

Most American evangelicals are not aware of this rich heritage, and that makes them vulnerable to the idolatries of the present moment. Martin Luther King Jr. once said that "people who have no past, have no future." The thinness of American evangelicalism — short on doctrine, worship as entertainment, little or no catechesis — stems from spiritual amnesia ("we have forgotten who we are") and results in ecclesial myopia ("at least we're not like them!"). At a moment like this, when the ground once thought solid turns out to be cultural quicksand, what is needed is a back-to-the-future revival. I see the stirrings of such an awakening already. It will be decidedly radical, global, and ecumenical.

Younger evangelicals are increasingly drawn to the radical demands of the Gospel, to a kind of cross-centered, Sermon-on-the-Mount Christianity that embraces discipleship with a cost. In part, this explains why Dietrich Bonhoeffer is a figure of such enduring appeal. His break with the compromised theology and assimilated Christianity of his own time resonates with millennials who have little interest in "a church which asks nothing of you" (words I once saw on a church sign in Kentucky).

The exodus of the nones and the dones is a part of this phenomenon. They will not be won back by evangelical churches that echo the politically correct mantras of a waning mainline religion. They and others will be won only by a biblical vision of a full-sized God, transcendent and tender, the God, as St. Augustine said, who burns with love but is not consumed. But the evangelical church must be re-evangelized if the faith is to be passed on intact to the rising generation. As parachurch groups like Campus Crusade and InterVarsity appealed to an earlier generation, so today movements like The Gospel Coalition, Acts 29, and the Passion conferences are calling thousands of young Christians to take up their cross and follow Jesus — not the tame Jesus who would fit in well at a cocktail party but the fierce Christ of Easter faith.

The awakening that must come will focus on the church as the people of God, the body and the bride of Christ, and the temple of the Holy Spirit. As the privileged place of Christian values is eroded in North America, the "Americanness" of American evangelicals will become more problematic. At the same time, the global reality of the multi-colored household of faith will come more into view. New channels for transnational, transcultural, and transdenominational cooperation with other believers around the world will open up.

At the heart of this new reality is the persecuted church. Throughout history, the blood of the martyrs was the seed of the church. Today, the blood of the new Christian martyrs is becoming the seed of the church's unity. In the process, the American evangelical church will need to cultivate the discipline of receptivity — the habits of learning, blessing, and receiving from others — to complement the well-honed pattern of praying, giving, and going.

Evangelicals and Roman Catholics are the two largest religious communities in North America. More than a generation ago, in the wake of Roe v. Wade, they found themselves side-by-side advancing human values in a culture of death: an ecumenism of the trenches. Long heirs of mutual hostility and vilification, many Catholics and evangelicals today have come to recognize each other as brothers and sisters in the Lord. Important differences of doctrine and church authority still remain, but these have not obviated the quest for Christian unity.

Evangelicals, no less than Catholics, are committed to an ecumenical future, one based not on mere practical togetherness but rather on the unity in truth for which Jesus prayed in John 17. Some have called on Christians today to follow the way of the Benedictines who at the beginning of the "dark ages" built enclosed communities (monasteries) where they cultivated the land, copied books, and developed a life of prayer. That's a model from which all Christians can learn today.

But perhaps the example of the Franciscans is more fitting for our time. Saint Francis and his followers followed the way of the cross, embraced lepers, and danced in the joy of the Spirit for the glory of God. Their movement was marked by mobilitas, not stabilitas. They went everywhere preaching the gospel — to the towns and marketplaces, to the universities and centers of power — and eventually into all the world. For evangelicals and Catholics alike, joined together toward a common mission, this is a Franciscan moment.

On Atheism and Beyond: A Brief Reflection
Jonathan MS Pearce
2 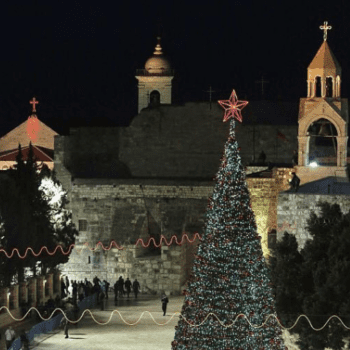 A DAY PILGRIMAGE IN NAPLES, PART I
Bret Thoman
Get Patheos Newsletters
Get the latest from Patheos by signing up for our newsletters. Try our 3 most popular, or select from our huge collection of unique and thought-provoking newsletters.
From time to time you will also receive Special Offers from our partners that help us make this content free for you. You can opt out of these offers at any time.
see our full list of newsletters
Editor's picks See all columnists