The Future of Evangelicalism: Stronger, Smaller, and Stranger

For one brief moment last May evangelicals and atheists celebrated the same thing. What had these disparate groups clapping in unison? The Pew Research Center's report on "America's Changing Religious Landscape."

Atheists trumpeted the continuing rise of the "nones," those who affiliate with no religion. The study showed that, in the space of seven years, the number of unaffiliated had jumped from 16.1 to 22.8 percent of the population.

Evangelicals celebrated a less obvious victory. Though the number of Christians in the U.S. fell precipitously (from 78.4 percent to 70.6 percent), evangelicals held steady, slipping only slightly, from 26.3 percent to 25.4 percent.

To careful observers, the real story was between the statistics. Yes, Catholics and Episcopalians were hemorrhaging. But those are traditions with high numbers of "Nominal" (name-only) Christians. Their losses merely affirmed what many had felt for years — that there is now less pressure to identify as a Christian. With the cultural winds shifting, Nominals were merely coming clean on where they'd been all along. In other words, Christianity isn't dying; nominalism is.

I predict that nominalism will continue to decline and that the church will be stronger for it. Whenever Christianity becomes culturally and politically established, the purity of the church suffers. When ancient Rome received its first Christian emperor, it seemed like a godsend. And in many ways, it was. Constantine overturned the illegality of Christianity and ended state-sponsored persecution of Christians. But suddenly it was politically advantageous to be a Christian and the church was presented with the new challenge of nominalism. That's what drove the first monastics into the wilderness, to seek a spiritual purity they felt the church lacked in the new majority-Christian empire.

Today, we're seeing a similar development, but in reverse. Whether or not the U.S. was ever a Christian nation, it is clearly not one now. And most commentators believe we will continue down the post-Christian path. As we do, only serious Christians — ones who are willing to be unpopular, and perhaps even persecuted — will remain committed to the faith.

We already see this happening among younger Christians. Though Christians are far less numerous in the Millennial generation, the ones who have retained their Christian identity are highly committed and show a greater willingness to share their faith than older believers.

As the broader culture grows more secular, I believe Christians will become more committed. We'll be left with a church of upstream swimmers, people who cling to their faith identity despite a powerful counter current of anti-Christian sentiment.

As the same time, a boost in strength may come at the expense of size.

Nominal Christians have long been the church's "warm market." They don't have major obstacles to faith and are the most likely people to become committed believers. Yes, their exodus will purify the church. But, to continue with the marketing terms, when people are rushing to shed your label, it means you have a branding problem. And I wouldn't be surprised to see this negative public perception lead to greater attrition. The rise of the nones and death of nominalism could prove to be the proverbial canaries in the coalmine that portend future decline for the church.

But again, there's a silver lining. A smaller church is also a stranger church.

Perhaps the most insidious distortion of Christian faith happens when it gets twisted to serve the cause of a majority culture. It gets softened, normalized. The sharp edges of its beliefs get carved down; the pristine motives of its practices, polluted. All that's left is a dull civil religion that can't save a soul.

Russell Moore, president of the Ethics and Religious Liberty Commissions of the South Baptist Convention, welcomes the opportunity for us to embrace the distinctives of our faith.

Christianity isn't normal anymore, and that's good news … nominal Christianity has emphasized the 'values' and 'meaning' aspects of Christianity while often downplaying the 'strangeness' of Christianity, namely the conviction that a previously dead man is alive and returning to judge the living and the dead.

Thankfully, in the days ahead, rather than fighting tired culture wars or clinging to power we will be free to embody and proclaim the unique and ancient gospel as a vibrant minority. Of course, like most minorities, we may be embattled. But that shouldn't worry us. Jesus himself warned that his kingdom is not of this world. Even his triumphal entry happened on a donkey. In the days ahead, we'll see how good we are at following his courageous and humble example. 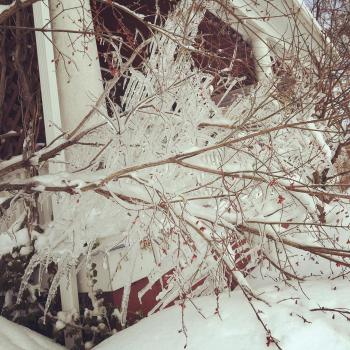 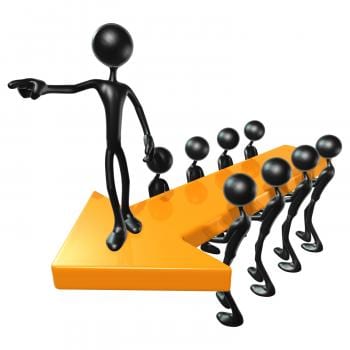 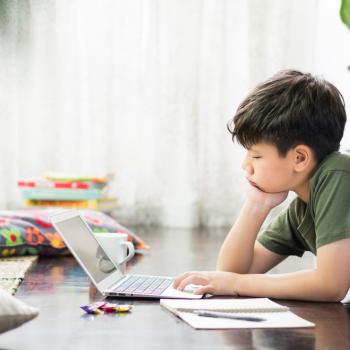 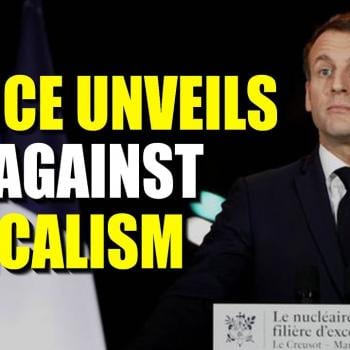 France Legislates Against Islamic Radicalism
Kermit Zarley
Get Patheos Newsletters
Get the latest from Patheos by signing up for our newsletters. Try our 3 most popular, or select from our huge collection of unique and thought-provoking newsletters.
From time to time you will also receive Special Offers from our partners that help us make this content free for you. You can opt out of these offers at any time.
see our full list of newsletters
Editor's picks See all columnists