The idea of writing about the future of Islam in America is more than daunting. At nearly 2 percent of the U.S. population, covering all fifty states, with histories stretching back hundreds of years, and representing nearly every Muslim community in the world, there does not seem to be a unified future. And that there is no one future is in fact a blessing and a potential, which perhaps should be the future to be celebrated.

Multiplicity and diversity are the future, but there are some dangers in realizing that future that I think are worthy of some attention. In writing these observations and predictions, I am pulled by my numerous identifications. I am an academic in the study of religion; I have a degree in theology, and am interested in that voice; I try to serve my Muslim communities as best I can, and work in my Shi'ah Isma'ili community in education, pastoral care, and as a type of preacher. It is impossible to separate any of these parts of myself from any other, but in terms of approach, I offer my thoughts through the lens of a believer and as part of an American Muslim community.

Broadly speaking, there is an ongoing question around the issue of authority. Institutional authority, who gets to speak for the American Muslim community, will continue to be lacking in the American Muslim community. There is no central umbrella organization that marshals the various American Muslim communities together. Spiritual and religious authority will continue to be fragmented. Neither of these issues should truly be a concern for the community, but by not intentionally accepting this fragmentation, or not intentionally forging an institutional voice, much of the thought of the community is externalized. The value of the multiple voices is an honest struggle to determine the best way forward; it is through debate that we become stronger. By deferring to a third party, we empty the broader tradition of meaning and value.

Historically, we see this pattern in the rise of the Wahhabi movement, originally considered non-Muslim by the family of the movement's founder. By virtue of their violence and slaughter of Muslims, they were able to establish themselves as occupiers of Muslim holy sites. Through religious and economic coercion, they turned understandings of Islam that emphasized human possibility and hope into a religion of "no." Everything that human beings aspire to, every avenue to achieve the fullness of our potential as God's creation was curtailed. While encouraging human suffering may not have been their intent, it is the logical extension of the program. The children of the Wahhabi — the Taliban, Al-Qaeda, and Daesh — are the manifestation of the celebration of inhumanity of the Wahhabi cult.

Fortunately, we see nothing so dire in the American context. In many ways, the diversity of the American Muslim community, and the fact that we are a religious minority, protects us from the toxicity of such nihilistic thinking. As the New Mecca, a place where differences are engaged with in productive ways to think through what it means to be Muslim, this place is a hopeful one. However, we see a divergence between the necessary civic engagement and criticism required of citizenship and religious thinking.

Here is one example of this. In New York City, we recently added two Eid holidays to the calendar. I was and am opposed to the inclusion of the holidays. It is problematic as an educator to have additional time off from school, and it continues to blur the line on establishment of religions. However, it also raises religious questions, such as which holidays are included from the Muslim calendar. For example, the third Eid, which is extremely important to Shi'ah communities, is not recognized. Thus, the city is now in the position of authorizing which Islam is appropriate.

Ironically, in order to know when the Eids should be added to the calendar, a Shi'ah astronomical method is used. Traditionally, there are two schools of thought on recognizing an Eid: moon-sighting, so that one does not know when Eid will be until the night before, and a calendar method, similar to what my Shi'ah Isma'ili community uses. Each position is embedded not just in a discourse of tradition, but in law and theology. The shift to a predictive method may make logistic sense, but it also entails a theological shift in terms of how we relate to the Divine. This point is not a minor one, or one that can easily be resolved. Traditions that are centuries old have interdependencies that cannot be cleanly disentangled. The potential for internal incoherence increases with each minor change. 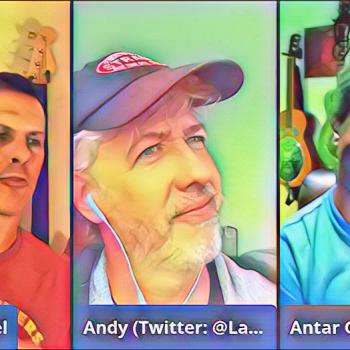 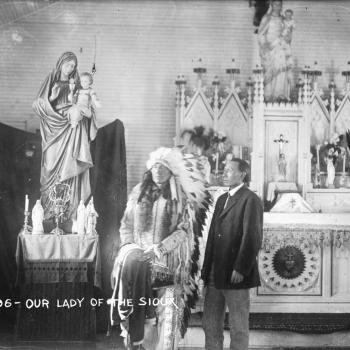 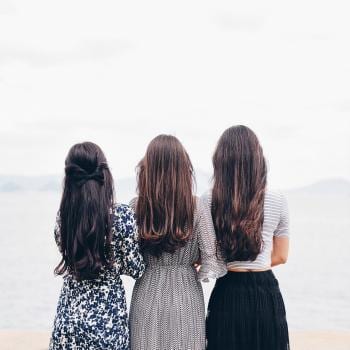 A World Without Men
Libby Anne
Get Patheos Newsletters
Get the latest from Patheos by signing up for our newsletters. Try our 3 most popular, or select from our huge collection of unique and thought-provoking newsletters.
From time to time you will also receive Special Offers from our partners that help us make this content free for you. You can opt out of these offers at any time.
see our full list of newsletters
Editor's picks See all columnists