Time for a Jewish Reformation?

In August 1982, a delegation of nine South African colored and black pastors traveled to Ottawa, Canada for the meeting of the General Council of the World Alliance of Reformed Churches. The world body of churches in 107 countries, with some 75 million members, had no idea that an earthquake was about to shake their church fellowship and indeed the global church. Soon after the opening of the meeting, the South African delegates staged a history-changing demonstration in quietly refusing to take communion with their white colleagues. We will not sit at the Lord's table with you, they announced, because in Apartheid South Africa, by law and by practice, white and black cannot receive the Eucharist together.

The World Alliance got the message. It suspended the South African member churches and declared the international fellowship to be in status confessionis: nothing else moves for our church until this betrayal of the core values of our faith is addressed. The global church on an ecumenical basis took the cue, supporting the South African resistance movements — armed and nonviolent — and the economic sanctions against South Africa, and in little more than a decade South African Apartheid was brought down.

In 1963, writing from a jail cell in response to a letter from fellow clergy urging him to abandon his campaign of sit-ins, marches, and boycotts, Reverend Martin Luther King Jr. called the church to its mission. "There was a time," he wrote, "when…Christians rejoiced at being deemed worthy to suffer for what they believed. In those days the church was not merely a thermometer that recorded the ideas and principles of popular opinion; it was a thermostat that transformed the mores of society. But the judgment of God is upon the church as never before. If today's church does not recapture the sacrificial spirit of the early church, it will lose its authenticity, forfeit the loyalty of millions, and be dismissed as an irrelevant social club with no meaning for the twentieth century." For King and his followers, the gospels provided the blueprint for the Civil Rights movement's strategy of nonviolent direct action.

In 1939, heartbroken over how the German church (with notable exceptions) had supported Nazism, Dietrich Bonhoeffer wrote that absent a "reformation crisis," the church was in danger of becoming worse than irrelevant. Not only the pulpits but the departments of theology, he wrote to a friend, existed for the purpose of supporting state tyranny. He returned to Germany from the safety of New York City, called his "Confessing Church" together, and ultimately paid the ultimate price for faithfulness to his principles and to the church that he loved.

Judaism is facing a crisis today on the level of the reformation called for by Bonhoeffer in its confrontation with Nazism, on the level of the challenge that King threw down in the struggle to end legalized racism in this country, and on the level of the status confessionis faced by the global church in its recognition of the evil of Apartheid. The crisis for the Jewish establishment has arrived with the growing awareness that all is not right with our Jewish homeland project in historic Palestine.

A moment of truth

In the fall of 2006, I had just returned from Israel and the West Bank. Speaking at a church in Washington, D.C., I expressed my horror over Israel's violations of international law and the human rights of the Palestinians, the damage done to Israeli society, and my heartbreak and fear for my people. I charted my "conversion" from a Jew critical of some of Israel's policies but supportive of the Zionist vision to someone willing to cast doubt on the Zionist project itself. I said that I saw the dispossession of the Palestinians in 1948 and its continuation since the 1967 occupation of remaining Palestinian lands as the cause for Palestinian resistance, and that I was committed to seeking justice for the Palestinian people as the only path to peace.

After the presentation, the pastor approached me and said that while he agreed with much of what I had said, he felt that in talking about the Israel-Palestine conflict, we had to be sensitive to the feelings of Jews. "I have to tell you that as a Christian I feel personally responsible for the evil of anti-Semitism and indeed for the Nazi Holocaust. I have been working for social justice for my entire career, including years spent working with an interfaith group of Christian, Muslim, and Jewish clergy. When the issue of the Presbyterian Church's divestment from companies involved in the Israeli occupation was raised in 2004, I decided not to push the issue out of sensitivity for the rabbis in the group who were opposing divestment." 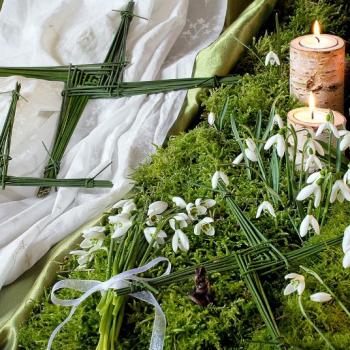 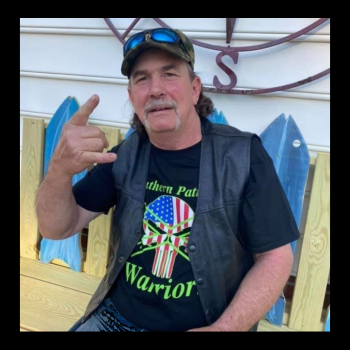 Podcast Ep. 357: He Rioted Because God Didn't Tell Him Not To
Hemant Mehta
4 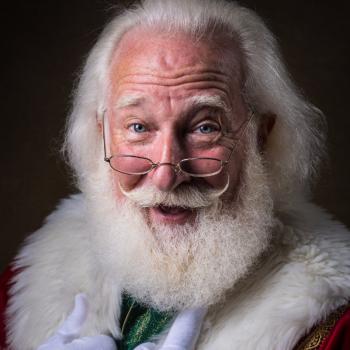 America's top Jewish Santa defies Judaic law
Barry Duke
Get Patheos Newsletters
Get the latest from Patheos by signing up for our newsletters. Try our 3 most popular, or select from our huge collection of unique and thought-provoking newsletters.
From time to time you will also receive Special Offers from our partners that help us make this content free for you. You can opt out of these offers at any time.
see our full list of newsletters
Editor's picks See all columnists