The Future of Paganism: Pragmatic and Trustworthy

When Nature speaks, there will only be one question: does our religion work?

I've been part of this community so long that I remember when being "Pagan" was considered transgressive. Most folks were in the Broom Closet, and the brave few that ventured out in public worked hard to promote the notion that we Pagans were just harmless, good people who didn't sacrifice babies. (Oh, and "We All Come from the Goddess" was pretty close to a Pagan national anthem, at least among the circles that I moved in.)

The idea that we could all be inspired by a single tune seems awfully quaint these days.

Among the digital cognoscenti the word "Pagan" is now passé; so many tribes have risen up to claim the territory that it used to cover that no one seems to know what to call us any more. Like storm-raised waves rolling in from far-distant hurricanes, our divergent communities occasionally surge into one another, forming temporary alliances that swell our apparent size and power. We are especially good at standing together when when some person of dubious authority pulls that stinky "ritual sacrifice" card out of their pocket and waves it around in public, yet again.

But much of the time, when we Pagans* try to talk to one another, our attachments to how we describe our experiences get in the way. Our opinions, theories, and, let's face it, our egos, create standing waves that never progress to either resolution or dissolution. In such battles — current ones include long-running skirmishes between "Polytheists" and "monists," "reconstructionists" and "revivalists," "witches" and "Wiccans," and "humanists" and "pietists" — no one wins, no one loses, and no one even disengages. (In a community as small and diffuse as North American Paganism, there's not a lot of places for combatants to go if they want to remain relevant and in the public eye.) As a result, the public face of North American Paganism today looks startlingly like an alternative spirituality version of Eugene Field's famous poem about the Gingham Dog and the Calico Cat (who, as the poem goes, "ate each other up" until no trace of either remained).

I do not believe that the Gods rekindled the fires of their worship at this fraught moment in history just so we could carp endlessly at one another. What's more, all of this fractious in-fighting is going to look a lot like a "fiddling-while-Rome-burns" farce very soon. I'm no climate scientist, so I'll put away the crystal ball, but when — in five years, or fifteen, or fifty — climate change sweeps away our baroque cultural crenelations, no one is going to give a good Goddess-darn whether the Gods are individual beings or Jungian archetypes.

When Nature speaks, there will only be one question: does our religion work? On a utilitarian level: do our prayers bring rain? (Or send it away, if it has been pouring for forty days and forty nights.) Do Pagans have better, longer lives? Do our communities stick together when the going gets tough? When disaster strikes, do we rebuild, or look out only for ourselves? In short, the question we need to face is simple: are Pagans people that you can trust with your life?

Throughout history, times like these have resulted in two strikingly opposite results: societal breakdown and disintegration, or conversely, communities rallying to rebuild. We should be asking ourselves: which kind of people are we? This is a time of unprecedented challenge, and it's high time for those of us who stand within the penumbra of Paganism to concentrate on building communities, neighborhoods, families, and tribes based on mutual respect, trust, and, yes, genuine affection.

In the end, our challenge is to create a culture that brings joy to the downtrodden and inspires us to campaign on behalf of Life, even when that work may seem hopeless. What we need from our religion — and what we owe to the Gods — is to build a faith that binds us in a single unbroken web to the living, to the dead, and to the generations that are yet unborn.

Only then will we have created a Paganism that is worthy of survival.

*I am using the word "Pagan" (and its cognates) to refer to the wonderful diversity of movements that have arisen in the last fifty-plus-years that a) recognize the existence of non-monotheist spiritual dimension(s); b) affirm the agency of beings in both the spiritual and physical realms; and c) honors the consciences and dignity of all beings. If my use of this word offends any who may not resonate with it, I humbly apologize for my lack of imagination in coming up with a more inclusive term. 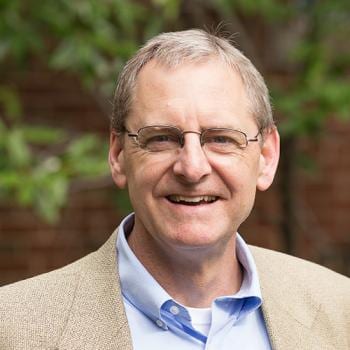 Chaos in Washington as protesters descend on the Capitol: Two biblical and...
Jim Denison
4

Advent Rigor: Joy Against the World
John Mark N. Reynolds
Get Patheos Newsletters
Get the latest from Patheos by signing up for our newsletters. Try our 3 most popular, or select from our huge collection of unique and thought-provoking newsletters.
From time to time you will also receive Special Offers from our partners that help us make this content free for you. You can opt out of these offers at any time.
see our full list of newsletters
Editor's picks See all columnists