A New Pastoral Leadership in the 21st Century: Authentic and Transparent

As the religious landscape continues to change in the 21st century, so will the leadership that helps navigate those changes.

Pastors in 2015 look different than they did in 1950. For myself, and many of my under-forty colleagues, dressing up means wearing a button-up shirt with jeans. It means we may work full-time jobs at churches, but we also have "side-hustles" — or freelance projects — to help pay off our student loans. Many colleagues of mine are being offered half-time and quarter-time ministry calls, and becoming bi-vocational is a necessity.

But it goes deeper than how many hours we work, what our job descriptions are, or what we wear. Those changes are significant and contribute to the church looking and operating differently than it has in the past, but it's the theological differences and understanding of the role of the pastor that will be the most noticeable.

Sermons in 2015 sound different than they did in 1950. We are using the same text, but many of us are arriving at different conclusions. One will hear fewer statements of certitude in the church today and in the church to come. Religious leadership today is more comfortable with questions, doubts, and the unknown. Propositional truth statements are not often found in sermons today. And instead of the sermon being a one-way monologue from the pulpit to the pews, many churches and pastors are incorporating conversation and dialogue into the sermon so it is a communal expression of the people of God struggling with God's word.

Pastors are also beginning to understand themselves and their role differently, as we move into a new era of progressive Christianity. In the past, future pastors were taught in seminary that they could not become friends with members of their churches because of the power dynamics between pastor and parishioner. We aren't naive about those power dynamics, but pastors today feel that it's important that their parishioners see them as fellow humans, struggling through life and their spiritual journeys. For many, the idea of a divided self (I'm "Adam the Pastor" to church folk, and "Adam the Normal Person" to everyone else) is in direct opposition to the desire for authenticity and transparency in their lives and ministries.

This past spring, I was diagnosed with obsessive-compulsive disorder (OCD). A few months after my diagnosis and the beginning of some healing and therapy, I wrote a lengthy blog post detailing my experience with OCD and the ways in which my mental illness had affected me. Since then, I've seen other pastors share about their own mental illnesses on Facebook. If I was a pastor in 1950, I can't imagine sharing that openly with my congregation, let alone with the world. And yet, in 2015, it's important to me as a person and as a pastor, to be honest and open with my congregation about my life and my struggles.

A few weeks ago, I filled in for a pastor at a local congregation and preached at the morning worship service. It was, like many mainline churches, a primarily older congregation. As I greeted folks after the service, a delightful older woman asked me, "Why weren't you wearing any of the fancy clothes pastors wear?" It was a warm Sunday in the summer, and I tend to not robe up when it's hot out. I had worn khakis and a button up shirt, but no tie, robe, or stole. I explained to her my reasons, and then she said, "Well, it doesn't matter. Your sermon this morning was lovely."

At first, I didn't think much of this interaction. But this was a woman who was used to the pastor wearing a suit and tie, and all of the traditional pastoral vestments. And yet, she was okay with the different way I viewed, and presented, myself as a pastor.

I wonder what the church is going to look like in fifty years. What denominations will be around, and which won't? What will worship look and sound like? I don't have the answers to those questions, but I do believe that pastoral leadership will err on the side of authenticity and transparency. 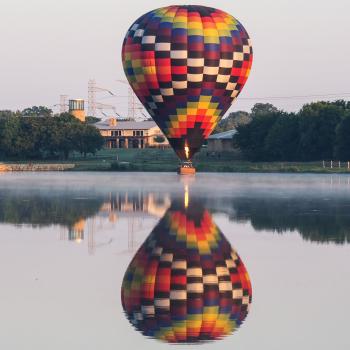 A Year in the Parks
John Beckett
Get Patheos Newsletters
Get the latest from Patheos by signing up for our newsletters. Try our 3 most popular, or select from our huge collection of unique and thought-provoking newsletters.
From time to time you will also receive Special Offers from our partners that help us make this content free for you. You can opt out of these offers at any time.
see our full list of newsletters
Editor's picks See all columnists